Jewish education – be it day schools, overnight camps, Israel travel, campus engagement or other modalities – has helped forge a committed Jewish lay and professional leadership, as well as an engaged Jewish public.

Who are today’s Jewish leaders and what influences encouraged them toward positions of leadership?

The American Jewish community has been making a decades-long massive investment in education, including the expansion of Jewish day schools, overnight Jewish camping, Jewish Studies in college, Hillels and educational travel to Israel. Research studies show the effectiveness of many forms of Jewish education for predicting adult Jewish involvement. 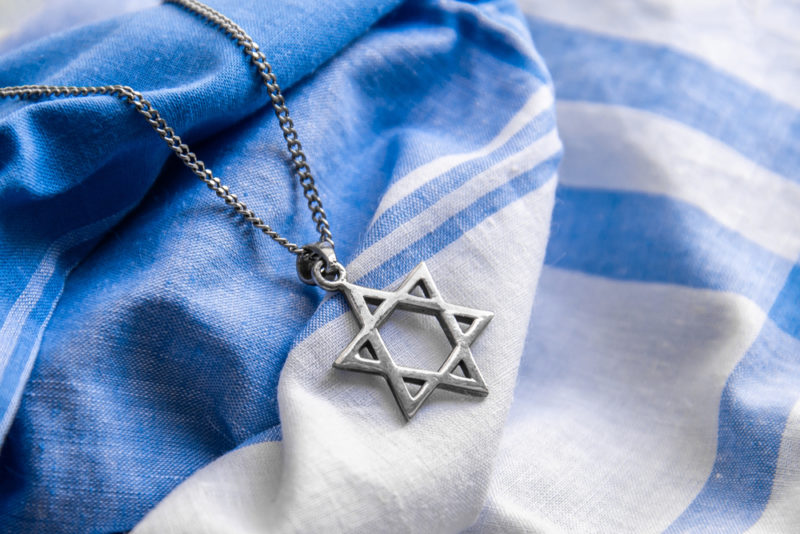 What is the overall contribution of Jewish education to the vitality of the American Jewish community? How were today’s Jewish leaders educated in their childhood and adolescent years? How do the patterns differ by denomination, political identity, age, leadership sector and marital status?

From January through May 2021, 2,079 respondents took an opt-in web-based survey. These are leaders of American Jewish organizations of all sorts, or have served in such lay or professional capacities, or whose social profiles closely approximate communal leaders. They lead schools, congregations, camps, federations, advocacy groups, women organizations, academic bodies in Jewish Studies, social service agencies and others as well. The findings include:

For almost all of those who choose to become professional and lay leaders in the Jewish community, Jewish education in childhood, teen and college years is a central part of their life trajectory, and the role of education is increasing significantly.

The high and growing levels of Jewish educational experiences among Jewish communal leaders comport with the intensification of Jewish engagement among a sizable segment of American Jewry. These are the minority who are intensifying their Jewish involvement, and who stand in contrast with the majority who are disengaging.

This research speaks to larger trends. Jews who want to lead a life of Jewish commitment have been turning to several modalities of Jewish education to enrich their own lives and to improve the chances that their children will lead committed Jewish lives as well.

The adults now in Jewish leadership positions were widely exposed in their youth to numerous educational experiences, far higher than the Jewish public at large. As many as a third went to Jewish day schools from grades K through 8, and 2/3 of them – or 23% of the total — continued on with day schools during their high school years. In addition, 59% went to overnight Jewish summer camp. Similar numbers participated in Jewish youth groups, a third in part-time Hebrew high schools, a third in high school age trips to Israel, while about half took Jewish studies courses in college, and almost as many participated in Hillel or other Jewish campus groups.

The Increasing Importance of Jewish Education over Time

Younger Jewish leaders are more Jewishly educated than their older counterparts, meaning that Jewish leadership is increasingly educated as Jews. While just a quarter of Jewish leaders between the ages of 55-64 had attended a Jewish day school, among those twenty years their junior, the figure rises to 44%. For overnight Jewish summer camps, 56% of the older leaders and 65% of the younger ones attended a Jewish summer camp. Triple the number of younger leaders as compared with older ones attended Jewish preschools; double the number attended Jewish day camps, organized teen trips to Israel and Hillel programs; and significantly more younger leaders attended Hebrew high schools, Jewish youth groups and college courses in Jewish studies. Birthright participation also increases over the limited age span for which it has been available. The only form of Jewish education that doesn’t increase from older to younger leaders is part-time Hebrew school.

Among leaders with children aged 14 or older, we find remarkable inter-generational leaps in Jewish educational participation. Day school enrollment grows from 33% among the adults to 62% among their children. For camp participation the rates go from 58% for the leaders when they were children to 73% for their children. In fact, in EVERY leadership sector, the children’s rates of enrollment in day schools and camps exceed those of the parents. Moreover, all denominations display inter-generational increases for both day school and overnight camp usage.

The educational pathways – where people first engaged in what we may call intensive Jewish education – varies by denomination. The Orthodox almost always get their start with day schools. In contrast, of the leaders who identify as Conservative Jews, under a third attended day school, while more than a third attended Jewish camp without having attended day school. For most Reform leaders, overnight camp constituted their primary first entry into an educated Jewish life.

Beyond day school and overnight camp, other educational experiences serve as gateways to communal leadership. About a fifth of the non-Orthodox got their start by way of youth groups or Hebrew high school. A few others first turned to engaged Jewish life when they came to campus, by way of Jewish studies or engaging in Hillel. A small number first connected by going to Israel in their college or early adult years. So, while day schools and camps constitute the major entry points into the world of Jewish education (71% had attended one or the other or both), other subsequent opportunities account for the entry point of the remaining Jewish leaders.

Leaders in different areas of Jewish life vary in the extent to which they participated in various sorts of Jewish educational experience. Day school board chairs attended day schools far more than lay leaders in other sectors. For their part, camp board chairs “over”-attended Jewish camps. Volunteer heads of youth groups display high rates of participation in Israel experience programs, Jewish studies courses in college and day school attendance. Hillel lay leaders display the same patterns of frequent educational participation as do the youth group leaders. Lay leaders in Israel-related organizations score high with respect to travel to Israel.

For their part, professional leaders have had a great deal of personal educational experience in the very kinds of institutions they came to lead. Day school heads went to day schools far more than others, and camp heads attended camp in their younger years far more than other leaders. Senior rabbis at congregations frequently undertook Jewish studies, most often in the years shortly before rabbinical school.

For those who seek a more vibrant and engaged Jewish community in the future, the lessons of the recent past should be instructive. Jewish education – be it day schools, overnight camps, Israel travel, campus engagement or other modalities – has helped forge a committed Jewish lay and professional leadership, as well as an engaged Jewish public. As such is the case, Jewish education holds out hope to strengthen Jewish commitment, knowledge, connection and participation. The more Jews who are educated today, the more Jews who will lead and participate in the years ahead.

The full report can be downloaded from the Research Success Website.

Ezra Kopelowitz, Ph.D., is CEO of Research Success Technologies Ltd. and on the faculty of the Spertus Institute for Jewish Learning and Leadership.