The issue is not ‘the issues,’ but the spiraling collapse in our ability to discuss them

A dialogue consists of both rights and responsibilities

This past year and a half has undeniably been a strain on a world whose nerves are already stretched: COVID-19 and its numerous effects; social seclusion; personal, professional and communal anxieties; our previously familiar routine (for sure not devoid of its own challenges) put to an undetermined halt; George Floyd’s (may he rest in peace) murder and its significant socio-cultural wakes; political, ideological and religious disputes. In short, a plate whose rim has long since been overflowing.

Add to these the tiny dot in the Middle Eastern front: Israel. Jews, Arabs, Muslims, Palestinians, terror attacks, bombardments, occupation, settlements — a deafening cacophony of loaded words and sensitive issues thrusted into our collective mindscape from every direction, each of which undeniably fueled by passion and conviction, yet nonetheless delivered many a time through rage, frustration, polarity, willed-ignorance and a deaf ear to any opposing view or critical vantage point. 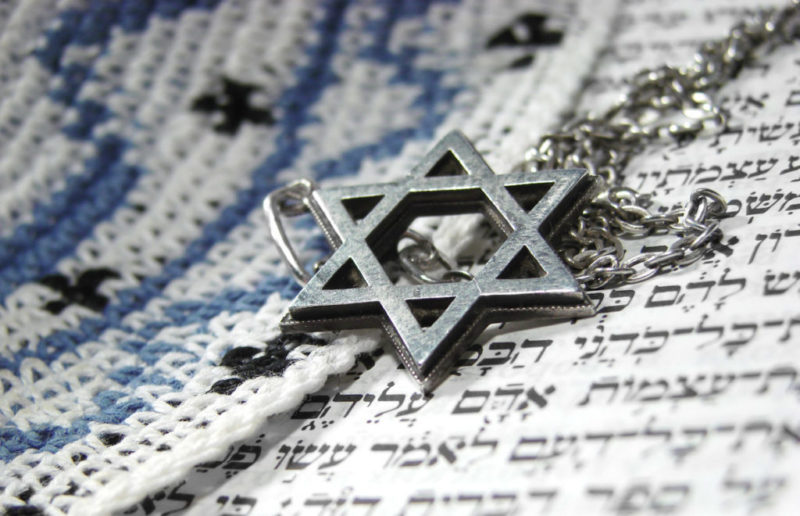 I am a proud Jew, a proud Israeli and a proud Zionist. I am also a proud educator with immersive experience and unyielding appreciation of the global Jewish community. This personal confession, however, should not lead any reader to even assume where I stand on any issue involving politics, religion, ideology etc., for it is wholly irrelevant.

My identity as a Jew, an Israeli and a Zionist is solid and unwavering, irrespective of my current stand on multiple challenges that we all face as members of the Jewish people, both in and outside of Israel. As an educator, however, I believe that our mandate lies not with “what people think,” but rather with “how people think” — offering tools for critically sound processes that may assist in forming whatever opinions, responsibly. The following meditations are therefore offered solely from an educational lens, transcend any form of partisanship or particularism, and aim to call on us all, as a people, to pause, think together and reflect.

While COVID-19, Black Lives Matter and its considerable offshoots, Israel, Palestinians, terror attacks, occupation and Judea & Samaria (West Bank) are all part of undeniably important and heart-wrenching issues, they are arguably not the core obstacle in our midst. For the core issue we should all concern ourselves with is the spiraling collapse in our ability to discuss such and many other issues amongst ourselves.

We are succumbing to, and at times participate in a culture wherein being “right” must be contingent not only on “proving” the other “wrong,” but on applying a Machiavellian doctrine of conquering, crushing and vanquishing the bearers of that “wrong” on all levels. It is a confrontation that has well-defined villains – almost of comic-books proportions — served as junk food for thought for popular consumption on a cheap plate colored only black & white. We are therefore entering an arena governed by a minority of the loudest and most radical, on all sides, claiming to be openminded and tolerant, preaching for equal rights of voice and opinion – so long as said voice and opinion match their own. More and more individuals steep themselves in “echo chambers of consent” in social media and elsewhere, and in that opposition-deprivation space they a) convince themselves that their particular ideology governs public opinion, and b) lose the intellectual integrity and emotional maturity needed to responsibly engage voices of dissent.

This one-sided kind of “discourse” seeks no familiarity with context, and creates a climate that laughs at nuance or complexity, let alone listening, compassion, tolerance and patience. It endorses a tsunami of scattered bits of so-called “information,” utterly dismissive of the need to acquire knowledge steadily and humbly prior to forming any firm opinions – on any issue. It is a “cut & paste” approach which believes in its ability to sum up the complicated human arena or world history in “280 words or less” on Twitter and the likes. It becomes a “value-laundering” mechanism for whom inflammatory rhetoric and immediate anger-release are far trendier than any call to pause, reflect, not to mention hear and work together toward actual change. It is a poisoned climate, whose atmosphere is identity via-negativa, affirming oneself mainly through the demonization of the “other.”

This culture reflects a malaise that transcends political partisanship, ideological camps and/or religious affiliations. It is equally felt not only in social media, but on the streets, within university campuses, in the conventional media outlets and unto the highest chambers of leadership. It continues to spread within us, left and right, near and far, seems to penetrate our minds, vocabularies, emotional sensibilities, critical faculties and overall daily lives. Most importantly, its perpetual and unrelenting wakes leave many baffled, bewildered, speechless, even scared – especially, albeit not exclusively, among our youth and young adults. This malady has no quick and easy vaccine, save by awakening and assuming responsibility as a community and a people.

I have always marveled at the incredible energy and vitality of youth and young adulthood. Our young generation is intelligent, sophisticated, curious, passionate, committed and genuinely believes in its ability to affect positive change on issues it cares about – and those are indeed many. These are all admirable traits, and we should applaud them as a community and as a people.

Moreover, most of our younger members truly wish to engage such important issues responsibly and intelligently. However, this perplexed and silent majority starts to increasingly feel as a threatened and silenced minority; whereas they do not necessarily contribute to this constant noise of populist, highly manipulative and misinformed soundbites from multiple directions, they are surely affected by them. This has nothing to do with any particular issue of debate, nor any specific political or ideological stance, but rather with a primary human need: to have a breathing space that is both safe and brave to discuss such issues, and do so without shame, guilt or fear of repercussion. Whether the impetus for such angst is contentions between Jewish members of opposing views, or Jewish discourse with non-Jewish groups, is immaterial for our discussion here.

It is therefore our obligation as a community to awake and rise to our role as counter-cultural agents of positive disruption: to ensure that in this contemporary climate of inflammatory rhetoric, intellectual dishonesty and paralyzing polarization, such safe and brave spaces exist in our institutions, and that thoughtful pedagogies engage members responsibly, intelligently, respectfully and decently. It is our call to remind our young that in an atmosphere wherein disagreement compels alienation and reciprocal distancing, we seek its potential to evoke the exact opposite: to advance disagreement as a tool to become familiar with the other voice, listen first to the human who speaks, rather than jumping to the issue of which s/he speaks as an immediate point of contention. We need to remember and remind that while unity among Jews has always been a value, uniformity between Jews has never been a value; that no matter the nature of our argument, one is always viewed as a family member and would never stand alone; that the value of arvut hadadit still has any currency in our communal vocabulary and cultural mindset. This blessed non-uniformity should be celebrated, not feared or treated with suspicion, just as this aspired unity should be held high, not brushed aside with dismissive cynicism. And both should earnestly invest in reintroducing the term “dialogue” into our communal vocabularies and educational spheres, on all levels. Indeed, in a climate that rushes to debate on any issue, a dialogue must be presented as an essential prerequisite.

The Babylonian Talmud (Sanhedrin) reminds us that “three things distinguish each person from another: voice, appearance and thought (opinion)”. Given that we are inherently different from each other, as educators we firstly need to better articulate the parameters which arguably constitute an effective and meaningful dialogue. Below are some points to consider:

Dialogue is always reciprocal – all rights and responsibilities apply to all equally and unequivocally. No one should be entitled to any curtesy and/or be subject to any restriction that do not apply to all others.

Dialogue is a self-standing value – it should never be contingent on agreement or consensus. Dialogue is an end in and of itself.

Dialogue aims to clarify – it should never be governed by a desire to persuade, dissuade or undermine another’s standpoint.

Dialogue requires a space that is both safe and brave – it is not the somewhat polite acceptance of anyone’s “right to an opinion”, while holding steadfast to my own view. That, at best, is a courteous exchange of parallel monologues. Paraphrasing Rabbi A. J. Heschel, dialogue is the ability to become dangerously involved in the life of another, a condition that may occur once we allow a space that is both safe and brave: “Safe” insomuch as offering a climate of intimacy, dignity, tolerance and respect to each group member’s voice, utterly irrespective of his/her views, background, politics, ideology, sexual orientation or gender identity; “Brave” inasmuch as accepting the fact that each viewpoint invites scrutiny, critique and, at times, radically opposing viewpoints.

A dialogue consists of both rights and responsibilities: one forfeits the right to speak if one cannot hold oneself accountable as a resilient and respectful listener.

Freedom of speech should not be misinterpreted as freedom of expression – the right to speak freely does not entitle anyone to express oneself in manners that are offensive, coercive, demeaning, disrespectful and/or threatening. Period.

Our willingness, commitment and ability to offer such positive counter-cultural disruptions is a necessity whose dismissal is arguably relinquishing our charge as educators and leaders. It may not only assist in regrouping ourselves as a community, but hopefully may allow us a healthy return to basics: if we truly care about a host of issues, nothing will genuinely change unless we are willing to a) empower those who wish to discuss such issues from a place of curiosity, dignity and patience, and b) entertain the possibility that whomever we face, irrespective of position, may have something valuable to offer us in a dialogue.

This is not only our obligation towards others, but our inherent right to demand from others.

“When you talk, you are only repeating things you already know; but when you listen, you may learn something new” (Dalai Lama)