The case for a Global Year of Jewish Achdut (unity)

Bringing together the Jewish community will ultimately strengthen it in the face of unanticipated challenges.

Over the past several years, our Jewish communities in Israel and in the Diaspora have experienced a rising tide of internal and external hostility and animosity, to an extent unsurpassed in recent memory.

From the daunting rise of antisemitic rhetoric and speech, to public anti-Israel sentiment on college campuses, in the press and in public arenas, our Jewish community is experiencing epic levels of distress, concern and anxiety. This serious crisis is unfolding right before our eyes, magnified by the current matzav (situation) in Israel and in Diaspora Jewish communities. The internal antagonism and bitterness between Israel’s politically right-leaning and left-leaning citizens, and the unabashed sinat chinam (baseless hatred) between religious segments of Israeli society and the secular community have reached a fever pitch. 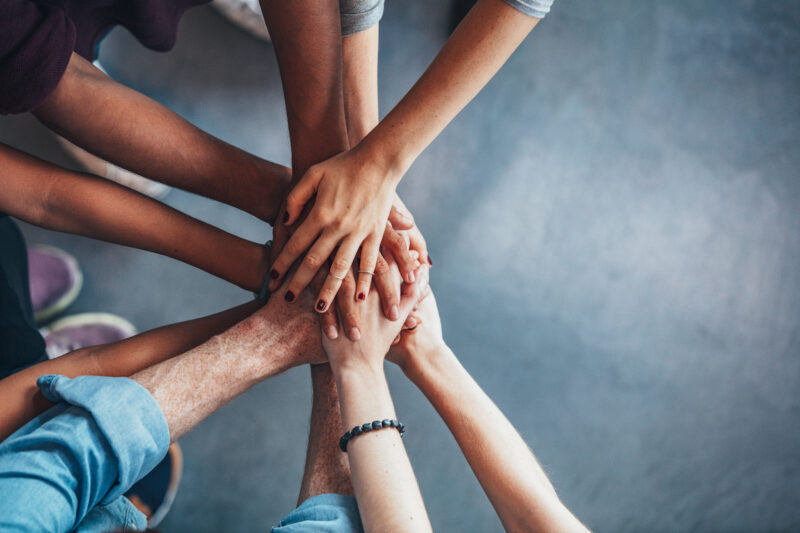 This situation flies in the face of our community’s Jewish values and Torah beliefs, as well as human civility and principles of communal shalom bayit (peace in the home). We can accept this as the status quo, or we can tell ourselves “enough is enough,” and that it is our obligation, duty and responsibility to confront these challenges head-on.

We are dealing with both an external threat — antisemitism and anti-Zionism — and an internal threat — sinat chinam and a lack of respect for each other.

Jewish communities and institutions throughout the world have tried tirelessly to combat antisemitism, anti-Israel sentiment, discrimination and hatred through a variety of events, campaigns and media. But today’s this hatred has metastasized: it’s now “open season” for antisemitic and anti-Israel rhetoric, threats and even violence.

On the internal communal level, the divisiveness and sinat chinam within our own camp and communities — pitting brother and sister against each other — is a dangerous combination with dire consequences. It only foments more acrimony over time, while fueling those who hate us.

As a career Jewish educator deeply committed to chinuch (Jewish education), I can say that all the impressive school buildings, state-of-the-art curricula and amazing teachers in the world are inadequate if we as a community fail to imbue a true sense of achdut, civility, respect, good character and derech eretz (proper behavior) in our students.

While there is no “one size fits all” response to this crisis, I believe that a Global Year of Jewish Achdut (unity) is among just one of many community-wide initiatives that can have unlimited positive impact in our communities.

If our Jewish community and its many segments are not unified, we will be doomed to fail no matter how creative, innovative or straightforward the response.

If a bully continues to see his victim as weak or vulnerable, then the bully will continue to torment and even increase acts of aggression and power over the victim. But if the bully sees an intended victim as strong and determined, that may weaken the bully’s behavior.

Our Jewish community is fragmented, religiously, ideologically, politically and socially. We must disagree with civility and respect, not with violent protests, physical attacks or verbal incitement.

Our lack of achdut weakens us and strengthens our enemies. We need to come together around something.

The idea of The Global Year of Jewish Achdut is modeled after November’s “Global Day of Jewish Learning,” powered by Limmud North America: Jewish communities and institutions throughout the world engaged in community-wide Torah study, inspired by the vision and leadership of Rabbi Adin Even-Israel Steinsaltz. Also that month, communities observed a Global Day of Jewish Learning in recognition of the second yahrzeit of Rabbi Jonathan Sacks, z”l.

The Global Year of Jewish Achdut would be designed to help create year-long programs and initiatives worldwide to promote, enhance and celebrate communal achdut through education, community dialogue, publicity, social platform networking and the training of local and international Global Achdut Ambassadors whose job would be similar to Israelis who come to America to work as shlichim.

The first order of business would be to coordinate a global leadership summit and several think tanks to create a planning framework that, hopefully, will spawn new, creative and innovative thinking regarding the issue and concerns relating to achdut Yisrael.

The purpose would not be to confront or combat antisemitism or the anti-Israel movement, as our Jewish communal institutions, organizations and governmental agencies are taking on these challenges. But by unifying our global Jewish community under the banner of achdut, we will theoretically be in a far better position to be a stronger and more unified kehillah (community) with greater strength and resolve to withstand and combat those that want to “drive us into the sea.”

A Global Year of Jewish Achdut will not, itself, transform the Jewish world. But strategies like professional development for educators, achdut curricula in Jewish schools, mobilizing social media platforms and other programs for people of all ages can start to shift how we act and behave towards each other. We will be in a far better position to stand up to our adversaries and it will strengthen our internal well-being as a Jewish community.

As we start this journey, let us hope and pray that Hashem provides us with the strength, wisdom and ability to come together as an am ehad b’lev ehad (one people with one heart) in order to take on these considerable challenges.

Chaim Y. Botwinick is executive director of the Sha’arei Bina Torah Academy for Girls in Hollywood Fla., organizational consultant and executive leadership coach. He served in a variety of senior Jewish educational leadership positions on the local and national levels; and, is co-founder of LEV Consulting Associates, specializing in strategic planning, organizational development and school change. He is the author of the book Think Excellence: Harnessing Your Power to Succeed Beyond Greatness.