Teen Engagement and the Pandemic: Crisis and Opportunity 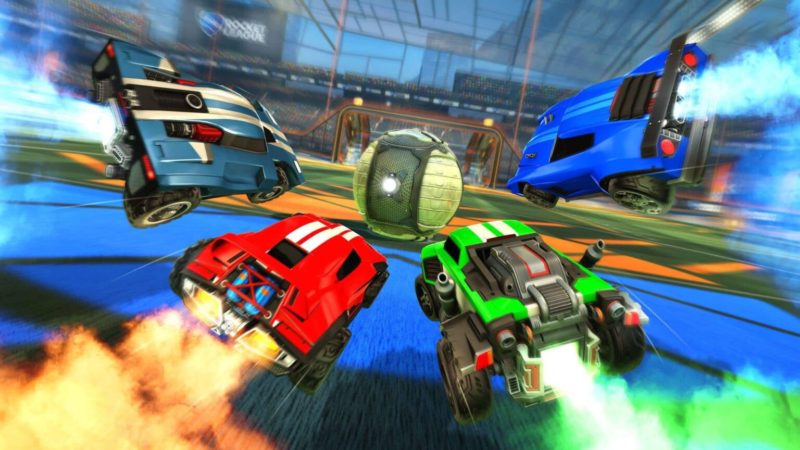 By Seth Merrin and Lenny Silberman

If we were struggling to connect the next generation to Jewish communal life before the pandemic, the effect of a prolonged dislocation from institutions that build Jewish identity may be devastating. Months without in-person convenings are now stretching, for many teens, into a year without summer camp, and without a JCC Maccabi Games. Israel travel experiences are in most cases suspended. The economic fallout of the shutdown threatens enrollment in Jewish day schools and could impact camp participation next year and beyond.

Consider the impact on Jewish communities ten or twenty years from now if significant numbers of teens disengage today. A generation is at risk.

We started Lost Tribe Esports three years ago to help reverse the trend of diminishing teen participation in organized Jewish life. Our audacious goal: leverage the esports phenomenon to reach the estimated 80% of Jewish teens who are disconnected – and lead them toward meaningful Jewish journeys.

Today our focus is on the engaged 20% – keeping them involved, while simultaneously building structures that will attract the 80% to Jewish organizations when doors open again. Since mid-March we have provided a robust, online teen engagement platform to BBYO, JCCs, Maccabi athletes, and Jewish camps – at no charge. NCSY and USY will come on board later this month.

As Jewish teens around the world flock to the platform, we are witnessing how Generation Z builds community through gaming and its communications channels. Several takeaways suggest ways the Jewish community can emerge from the pandemic better positioned to engage teens than we have been in decades.

Gaming is the New Social Media

Connecting with peers when the shutdown began required little effort from teen gamers – who have been mavens of virtual interaction since they got their first XBox or PlayStation. In many ways, the remote connection tools of esports are more sophisticated than Zoom or Google Hangouts – and they are engineered specifically to build community.

Ten to fifteen years ago, Jewish communal organizations embraced Facebook, Twitter, and Instagram to connect with Millennials; as we pivot to Generation Z, it’s time to add Discord, Twitch, and Mixer to the toolkit.

On a similar note, literacy in gaming and fluency in the communications channels used by gamers will become essential skills for any Jewish communal staff expected engage Generation Z – for decades to come.

A cultural, social, and media phenomenon, gaming will be a through-line of the Generation Z experience much as rock ‘n’ roll was for the Boomers. Speaking the language of gaming creates an opening with Gen Z and a level of trust – and confers a tremendous advantage to any organization seeking to engage them.

Virtual Spaces: The Next Jewish Frontier

Since video games first met the internet, gamers have interacted in shared worlds online. Can any of these worlds become virtual Jewish spaces?

With many resident and day camps forced to close for the summer, Lost Tribe Esports is using Minecraft to recreate Jewish environments online. This video demonstration shows how it works.

We will provide Jewish camps with virtual spaces in which they can host thousands of campers for interactive, Jewish communal experiences during the shutdown – and beyond.

“This can be a true game-changer,” says Jeremy J. Fingerman, CEO of Foundation for Jewish Camp, “allowing camps to adapt their engagement models and connect with their communities beyond the summer – both year-round and lifelong.”

Focus on Reaching a Diversity of Teens

Nearly all teens play video games – just not the same one. Most titles enjoy a low single-digit share of the teen market at best. Building a large tent for Jewish teens through esports is a process of experimenting to find the right mix of games.

The upside? Offering new games can attract a whole new set of teens.

In January, we hosted an in-person esports event for Jewish teens in Atlanta – produced in partnership with JumpSpark. We were delighted by the participation of dozens of Jewish teens not considered the “usual faces” by the communal professionals in attendance.

One mother expressed gratitude as she dropped her son off. “He’s shy about any group activity,” she confided. “I’ve tried to get him to participate in anything, with no luck – but he insisted on coming to this.”

Our mix of games had drawn teens not inclined towards Maccabi, to recreation at the JCC, or to the outgoing atmosphere of youth groups. But they are willing to participate in Jewish activities if given the right opening, and if they can connect with their Jewish tribe. Understanding different games – and the personalities of teens who love them – offers a key to reaching new swaths of disengaged Jewish youth.

‘Jewish’ Is the Edge

Video games alone are not a magic solution. Gaming consoles – in a JCC’s teen lounge, for example – will be popular, but will not, on their own, drive a sustained increase in participation or encourage teens to bring friends into the fold; teens already game whenever, wherever, and with whomever they want. Esports and tournaments will get teens’ attention – but we need a differentiator to keep them coming back.

The edge that will set us apart from all other experiences in teens’ gaming world? It’s all about Jewish context…

• It’s the network of Jewish peers that teens connect with.

• It’s gaming under rules informed by Jewish values – where a higher level of ethical behavior, greater sportsmanship, and deeper consideration of others are expected.

• It’s competing in an environment that cares about each individual and celebrates them not just for winning, but for competing with class.

• It’s a tournament schedule attuned to the Jewish calendar.

It’s an esports community expressive of connection to – and passion for – Israel.

• It’s Tzedakah opportunities built-in to each tournament, so teens compete not just for bragging rights or prizes, but to give back, supporting charities they nominate and vote on.

• It’s a platform that give teens access to Jewish esports figures and leaders who will share not only how they achieved their success, but also what Judaism means to them.

We’re going to hear a lot about how the COVID-19 pandemic is driving a revolution in remote connection. When we do, let’s remember that our teen gamers are way ahead of us: not only connected, but building community. It’s time to listen to them, learn from them – and catch up to them.

Our future depends upon it.

Nonprofits are struggling to survive, organizational health tools can offer a lifeline

Tired of gender talk? I’m not!

We can — and we should — support Jewish preteens and parents now

Why invest in community visioning and support?