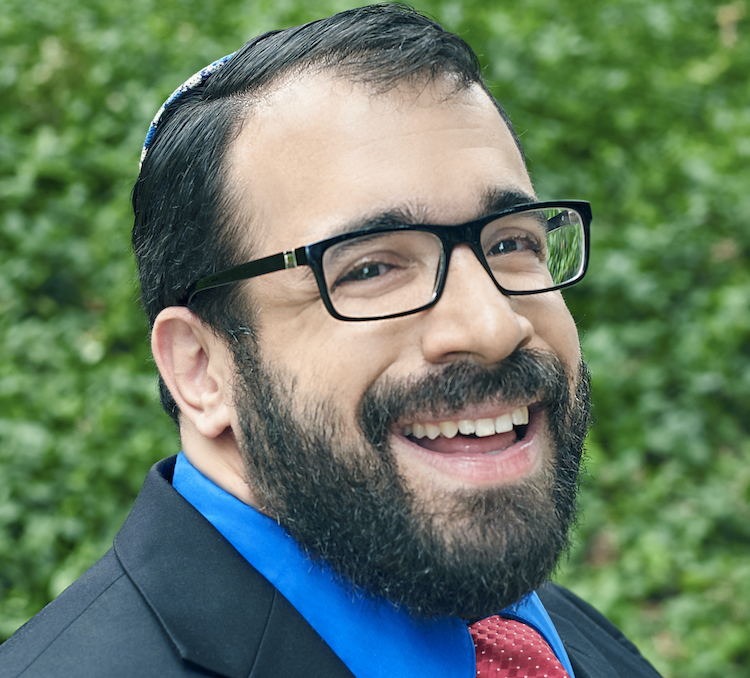 After nearly a decade advocating for individuals with disabilities, RespectAbility, with a grant from the Jewish Venture Philanthropy Fund (JVPF), is positioned to expand to become a provider of job training. The $25,000 grant will be used to help fund the organization’s National Leadership & Apprenticeship Program, which has been designated by California as a possible state-funded job placement program, said Matan Koch, RespectAbility’s vice president for workforce, leadership and faith programs.

“To the extent that we have a geographic location, it’s California,” said Koch, whose Los Angeles apartment serves as the organization’s only co-working space. “California is our laboratory.”

The apprenticeship program consists of two cohorts of 15-18 fellows annually, funded by the Fox Family Foundation, the Kessler Foundation, the MacArthur Foundation, Harry and Jeanette Weinberg Foundation and the Mentor Network, in addition to the JVPF, whose grant will help fund the final three fellows in the pilot cohort, said Jennifer Laszlo Mizrahi, co-founder and president of RespectAbility. The budget for the program, which provides a paid, six-month apprenticeship for 30 fellows in addition to job-placement support, is about $875,000. More fundraising is necessary, but JVPF’s grant provides a “missing puzzle piece,” Mizrahi said.

While most of the apprenticeships will be with secular organizations, JVPF’s will train the three participants as fundraisers who will ultimately work in Jewish organizations. They will do their training at RespectAbility, which will also help the organization by increasing the amount of funding it can seek.

“It’s a great opportunity to train them and also add capacity to our development department,” Koch said. “They will all work on letters of intent [initial grant pitches]. That’s a volume we could never think about with our current staff.”

The grant comes as the field of Jewish disability inclusion searches for a new center of gravity after the announcement in September 2020 that the longtime leader, the Ruderman Family Foundation, would be seeking a new signature issue.

When Mizrahi helped found RespectAbility in 2013 (she also is founder of The Israel Project, which shuttered its doors in 2019), it was based in Maryland, where she lives, because of its proximity to the federal government and policymakers, Koch said. But over the last five years, the organization’s focus has shifted to California as it began advising Hollywood entertainment studios on stigma reduction. RespectAbility charges for this service, which has enabled it to diversify its revenue instead of relying solely on philanthropy.

In 2018, RespectAbility received a three-year, non-renewable, $300,000 grant from the Jewish Community Foundation of Los Angeles to support its local operations. During the pandemic, the group closed its Maryland space and doubled its staff — which now numbers about 47, including consultants, most of whom live in Los Angeles.

Foundations that support RespectAbility’s work in the Jewish community include the Berg Foundation, the Glazer Foundation and the Charles and Lynn Schusterman Family Philanthropies.

Koch has initiated the process of becoming a vendor of such programs in California, he said. If that happens, it will be able to much more easily replicate the program in other states.

“Respectability is helping the Jewish community to embrace inclusion in all aspects, including within the Jewish communal professional workforce,” said Reuben Rotman, CEO of the Network of Jewish Human Services Agencies. “The potential to replicate this model in other communities is very powerful.”

RespectAbility hopes to create a training pipeline for Jewish development professionals with disabilities with Jewish workplace support organizations like JPro and Leading Edge, with whom it already works on other initiatives, such as research.

RespectAbility hopes to follow in the footsteps of activists who have successfully advocated for the inclusion of LGBTQ Jews and Jews of Color in the workplace.

Such efforts are helped by the commitment of a major funder, which conveys to its grantees that support is contingent on adopting practices that facilitate inclusion, Koch said.“Including LGBTQ Jews and Jews of Color is rightly seen as a matter of justice, and good for the Jews,” he said, “while including Jews with disabilities is still seen more as a matter of chesed, or kindness. When people see the talent in this program, they’ll know it’s also good for the Jews.”