Between the pulpit and the stage

The nature of spiritual leadership also begs the question of whether rabbis can bring their full selves to their work. Rabbis are klei kodesh, the embodiment of “vessels” for the community, and they often feel that they cannot fulfill that role without sacrificing an important part of themselves in the process.

As rabbinic school enrollment has dropped dramatically over the past number of years, it seems that fewer and fewer young people are looking to make a career in Jewish spiritual leadership. While some have posited that the non-denominational rabbinical schools are faring better than the others, there is still an overall decrease in those currently training as rabbis, which raises the question of what this will mean for the future of Jewish communal institutions. Several solutions have been offered, including lowering tuition for rabbinical schools as well as urging more experienced rabbis to mentor young people toward a career in the rabbinate. 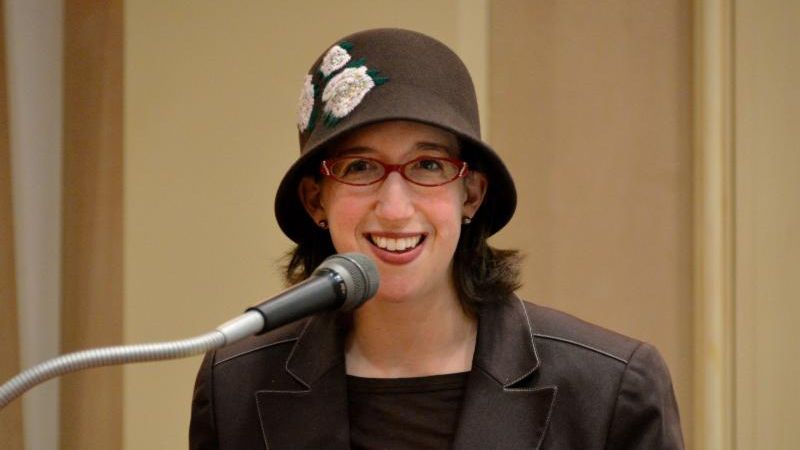 Something that is often missing from this discourse is an acknowledgment of the sacrifices we often ask of rabbis and other clergy who choose a career in spiritual leadership. Many rabbis are subject to unfair expectations, colored by the assumptions of the past when it was expected that the rabbi would be available at all hours of the day or night, putting aside family or personal boundaries in order to serve their community’s needs. In the age of the Great Resignation, even those who are not leaving their jobs are reexamining their work-life balance, putting a higher priority on family or other fulfillments. It’s no wonder that an all-encompassing career is less attractive.

The nature of spiritual leadership also begs the question of whether rabbis can bring their full selves to their work. Rabbis are klei kodesh, the embodiment of “vessels” for the community, and they often feel that they cannot fulfill that role without sacrificing an important part of themselves in the process. This is a sacrifice that goes far deeper than the sheer number of hours required, and can certainly serve as a disincentive for a young person to pursue a career in the rabbinate.

I didn’t grow up thinking that I would become a rabbi – not only because it wasn’t yet an option for an Orthodox Jewish girl, but more so, because I had hoped that I would have a career in the performing arts, or possibly in music therapy or theater education. When I entered the pulpit fifteen years ago, I set aside my professional pursuit of music and theater.

But as any artist knows, when you have a talent or a passion, you can’t fully ignore it. It sits, heavy and churning in your body, yearning to bubble to the surface, and be released into the world. I imagine this is true not only with the performing arts, but also for someone who has a passion for painting, sculpture, even someone who aches for travel or scientific discovery. An interest that lies at the core of who you are keeps its hold on you, even if it doesn’t find an outlet in your career. Many, in choosing a career, leave behind a “road not taken,” which holds an important piece of one’s authentic self.

When I put aside my pursuit of performing arts, I consoled myself by insisting that giving a sermon was, in some way, not so different from a theater monologue; that singing Shabbat songs with our preschoolers was an expression of my love for music; that leading our women’s tefillah gave me a performance outlet. Still, a part of me felt hidden away in a dark corner. While no one told me outright that a rabbinic professional couldn’t also be a theater performer, I didn’t think it would be “rabbinic” to act or sing or perform. Female rabbis of all denominations struggle to develop the gravitas afforded our male colleagues. I needed to be serious, not frivolous, and certainly not too theatrical. Besides, with a busy career and three children, who had the time for anything else anyway?

In the Fall of 2020, in choosing a topic for my weekly class for the year – which had moved onto Zoom– I knew that, in the midst of the pandemic, people were seeking to be uplifted. Isolated from one another and from the world we knew, we yearned for something that would bring joy.

I certainly knew what brought me joy– Broadway musicals! I crafted a class that married my two loves – Torah and musicals – something that would be light, creative and playful, while also offering depth of learning. It was the most fun I’d ever had teaching. Attendance shot up, and even more importantly, I could feel the levity and joy we were sharing, even through our Zoom screens.

Eventually, the class gave rise to a podcast called “Verses” and it also led to a Hamil-Torah series that I offered to Jewish teens at summer camp. I discovered that through musical theater, I could uncover new understandings of Biblical stories and I could also open doors to text study for those who were seeking a different approach. I discovered that my “road not taken” still offered tools that were relevant on my other, professional journey.

The class has lasted two years; the podcast is getting ready to launch its second season. But for me, the most valuable take-away was discovering that I could incorporate my love of theater and music into my rabbinate and that, rather than distract from my ability to be “rabbinic,” it would actually enhance my work and enrich the experience of my learners. When it came time to record a Purim video for our synagogue this past year, I went out on a limb and pulled out an old routine I had done when I was young, imitating Mike Myers’ Linda Richman from “Saturday Night Live.” The response from my congregants was tremendous. They said things like: “we had no idea that you were funny”; “we didn’t know that you had this kind of personality!” It was strange because, to me, this was the person I had always been. In high school and college, I was doing imitations of teachers and acting in so many contexts. It hadn’t occurred to me that I had been hiding these parts of myself from the community that I was serving. I also decided to join the cast of a recent production of the Dora Wasserman Yiddish Theatre, and many of my congregants were appreciative to have the chance to see me perform.

Rabbi Dr. Leslie Freedman, in his research on rabbinic stress (“Stress in the Rabbinate: A Report on a Nationwide Study of Conservative and Reform Rabbis,” Proceedings of the Rabbinical Assembly 1984, vol. xlvi), discovered that the greatest alleviator of occupational stress for rabbis is the ability to distinguish between role and person. A good rabbi understands the essential role that he or she plays for individual constituents and for the community. Understanding the role that we inhabit in any work setting – rabbinic or otherwise – is essential to mental health and internal balance. Rabbis, like other leaders, are fulfilling a role – albeit a deeply important one – in moments of tragedy and joy, in counseling and education and in setting the collective tone for our communities.

For rabbis, it might be hard to admit that this role may not always include the full range of who we are as people. Of course, we need rabbis to live honest and consistent lives, to embody Jewish values no matter where they are. Without moral integrity, our rabbis become hypocrites. At the same time, if rabbis are to embrace the power of their role, then they also need to tease apart which parts of themselves are being expressed in that role, and which may be left aside. If rabbis and other religious leaders can give themselves permission to include more of themselves in their work, perhaps this is an essential element toward creating a more sustainable rabbinate, one which will feel more realistic for a new generation of leaders, who don’t want to sacrifice the fullness of who they are in order to serve the community.

Rachel Kohl Finegold is the associate rabba at Congregation Shaar Hashomayim in Montreal. She received her ordination as part of the inaugural class of Yeshivat Maharat, and is the first Orthodox woman to serve as synagogue clergy in Canada. She completed the Clergy Leadership Incubator (CLI), a two-year rabbinic fellowship on visionary spiritual leadership, and she serves as one of the rabbis of Camp Yavneh. Rabba Rachel lives in Montreal with her husband, Rabbi Avi Finegold and their three daughters.