Make no mistake. I thoroughly treasure the 30 years I spent leading two wonderfully innovative and successful nonprofit organizations – one domestic and one international. I learned about leadership and strategy, about problem solving and team building, about visioning and change management … and so much more. 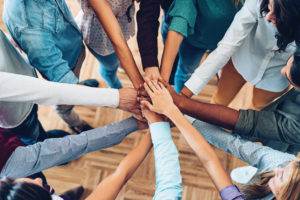 I also learned enough about raising money to write a book, if only Irving Stone hadn’t already grabbed the title “The Agony and the Ecstasy” for his 1961 biography of Michelangelo.

Every nonprofit executive and fundraiser carries around the exhilarating memories of closing that first mega-gift, of surpassing a campaign goal, of getting that big-name celebrity to headline your event, or recruiting a top-tier company or foundation to endorse your effort.

But not all my fundraising memories are awash in sweetness and light. I spent too many sleepless nights to count between Thanksgiving and New Years – not because of what I ate, but because fundraising goals are typically made or missed during those final, anxiety-laden weeks of the year.

And how about the countless hours spent each year completing grantee performance reports at the level of detail specified, with the requisite attachments, audit reports, 1099s and annual reports, knowing full well that the documents – heavy on numbers and often light on impact – would scarcely be looked at, if at all.

Then there was that too-frequent ritual of jumping through hoops to come up with just the right program-restricted purpose to suit a particular funder’s fancy. You know the type: those who insist on directing their gift to a narrow, specific effort with only marginal regard for how that program might fit into the organization’s current needs or priorities.

So, here are three major take-aways from my experiences as a nonprofit CEO, and how I’ve used them – in a deeply satisfying and appreciated way – to inform my philanthropic advisory work with families and foundations.

#1: If you trust the organization and its CEO enough to write them a big check, you should trust them enough to decide how to best use the money

While knowing precisely – at least in theory – where your funding is being directed can provide a satisfying intellectual and emotional way of connecting your gift to a specific purpose or client group, it is a bit naïve and perhaps disrespectful to substitute your impulses for the knowledge and lived experience of professionals who spend every day meeting needs and identifying gaps.

To review, if you don’t trust the nonprofit leadership enough to deploy your money to best advantage, perhaps you should invest your funds elsewhere. With a major caveat, that is: program-restricted gifts can be legitimate, hugely valuable and important when deployed correctly and crafted in full partnership with agency management. Restricted gifts can fund a neglected area of service that the nonprofit wishes they could serve, but don’t have the discretionary funds available to fill the gap.

My point though remains that restricted gifts are way over-used, too often to serve the needs and feelings of the funder rather than the priority needs of the grantee. My default recommendation to the funders I advise: do your due diligence, check the grantee’s fit with your values and priorities, and then make an unrestricted grant absent some compelling reason for doing otherwise.

#2: Don’t buy into the conventional wisdom that every grantee needs to deliver an annual performance report in order to fulfill your fiduciary responsibility

If you have questions, ask them. If you have concerns, raise them. If you need specific information in order to inform a decision, ask for responses to those specific questions. Or better yet, invite your grantee to have a conversation with you, where you can hear more, exchange ideas and satisfy yourself that your support is warranted. Or perhaps not.

Countless hours of staff time could be saved if grantee reports were deployed selectively rather than routinely, without specific purpose and in order to “check the box” as it were. A funder-grantee relationship built on trust, open communication and as-needed reporting can be infinitely more satisfying than the alternative – both for the funder and certainly for the beneficiary.

#3: Give your money when your grantees can use it most – during, rather than at the end of, their fiscal year

Most nonprofits operate on a December 30th fiscal year, when executives desperately chase those final outstanding gifts, scramble to close the books and put in motion plans for the new year. By shifting your granting cycle to June 30th – or to another relevant mid-point in your grantee’s particular fiscal year – you give your CEO partners enough time to plan and spend based on ‘knowns’ rather than on hopes.

You can’t imagine the thanks I received from agency CEOs when one of my foundation clients made this shift. And besides, how many major donors or foundations really don’t know how much they’ll be able to give until the final weeks of the year?

There you have it – three straightforward lessons learned from both leading organizations and advising funders. Do your diligence, then trust your grantees. Ask for information when you have questions. And then give your gift when it’s most helpful.

Doesn’t sound like rocket science, but these three steps can have a transformative impact on the relationship between philanthropists and their beneficiaries. Trust me – I’ve worked on both sides of that street.

Ami Nahshon is co-founder and senior partner of Amplify Partners, consultants and advisers to nonprofits, foundations and social ventures. He previously served as CEO of the Abraham Initiatives and of the Jewish Community Federation and Foundation of the San Francisco East Bay.