Embassies of the Jewish people.

You want to fight antisemitism? – Save Jewish heritage

The Jewish world has been shaken by the antisemitic outbursts that accompanied the most recent Gaza conflict, far broader geographically and more intense than in the past, accompanied by serious incidents of threat and violence.

This is the culmination of a number of worrying developments in recent years that all point to a sense that anti-Jewish hatred is once again on the rise. Inevitably, thoughts turn to what needs to be done to combat this, and the overwhelming view is that education is the key tool to confront this most ancient of prejudices. But how is the tool to be deployed? 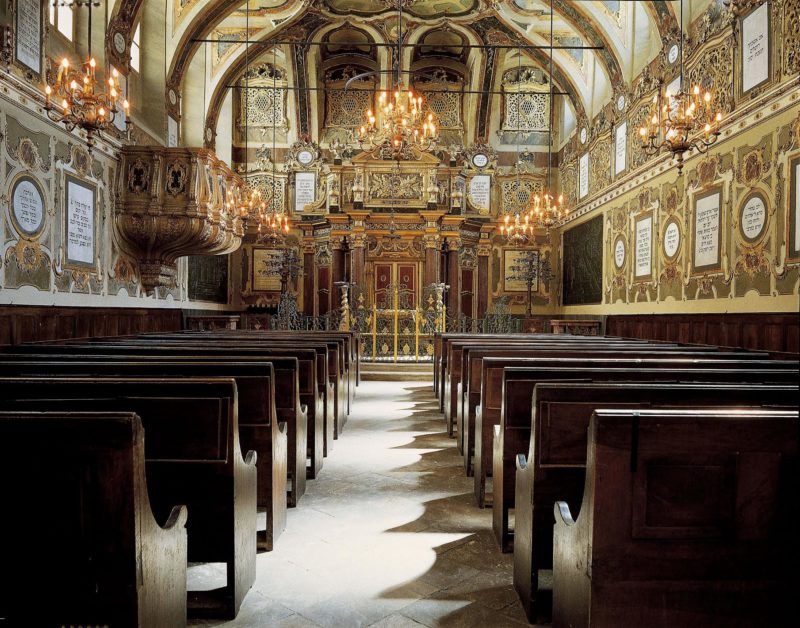 I want to propose what has been a dramatically overlooked weapon in the arsenal to tackle antisemitism; one that might even offer the best chance of success. It relates to a remarkable resource that exists in many countries yet has been largely ignored – the Jewish heritage sites that dot these landscapes.

The story of the 20th century is that the Jewish people no longer live where they had lived, through migration, expulsion and Holocaust. The places that were Jewish heartlands for centuries have all but disappeared. What remains is a vast physical heritage, the patrimony of the Jewish people and a profound testimony which, without a community of users, has been suffering from neglect and destruction.

Preserving this cultural heritage has been a ‘Cinderella’ subject within the Jewish world, largely ignored. These buildings are seen as problematic, a burden – an irrelevance.  If there are no Jewish communities, why save them?

The London-based Foundation for Jewish Heritage takes a different view – that these buildings, many unique and beautifully constructed, can become meaningful again and serve a vital contemporary purpose, and that purpose is education.

The most typical scenario for the successful re-use of abandoned historic synagogues has been to transform them into Jewish heritage centres. There are many highly successful examples of Jewish heritage as visitor destinations, and places like Venice, Amsterdam, Krakow and Prague attracts visitors in the hundreds of thousands.

Such places provide an inspiring setting, and have the space to deliver substantial content on Jewish history, faith and traditions, calendar and life cycle, promoting knowledge, understanding and empathy. They also inevitably address the Holocaust, delivering a profound message on just where prejudice unchecked can ultimately lead, powerfully underscored by the very location itself.

What makes these centres especially effective is that this is local heritage, indigenous, authentic, and physically situated within a building passed by residents every day.

I was once in a small Polish town talking with students who were doing a project on the former Jewish community.  I asked one what she would say to people who question the point given that there are no longer any Jews. She casually replied, “it’s the history of our town,” which certainly impressed me. Instead of Jews as ‘the other,’ this was Jews as fellow citizens, part of the collective, Jews as neighbours, Jews as ourselves – and Jewish heritage as shared heritage.

To provide education and combat anti-Jewish sentiment in the most impactful way, we need to work locally, presenting the Jewish story as integral to the landscape – and Jewish heritage sites are perfectly placed to deliver this.

Israel has 104 embassies around the world. In Europe alone there are 3,347 historic synagogues, themselves all potential embassies of the Jewish people. They can serve as vehicles for projecting the Jewish experience and Jewish cultural influence; a form of ‘soft power’.

Indeed, given the particular context of Jewish heritage, the importance of these sites is being increasingly recognised by important bodies such as the European Union as they urgently try to respond to the recent growing xenophobia by promoting ‘EU values’ of human dignity, freedom, democracy, equality, rule of law and human rights.

A lot of work has been, and is being done, to preserve Jewish built heritage, but the scale of the task remains enormous. Those of us championing the cause of Jewish heritage need more recognition, and more practical support. The significance of this activity is far greater than currently realised.

Michael Mail is chief executive of Foundation For Jewish Heritage.