We embrace LGBTQ people, because they are not “them.” They are “us.” To look at “them” is to look at “us.” They are our children, our siblings, our parents, our cousins, our colleagues, our teachers, our neighbors, our…

There was that moment when my synagogue’s director of education and youth programming, Jackie Klein, and I looked at each other and we came to an interesting conclusion.

A very large percentage of our synagogue teens are LGBTQ. 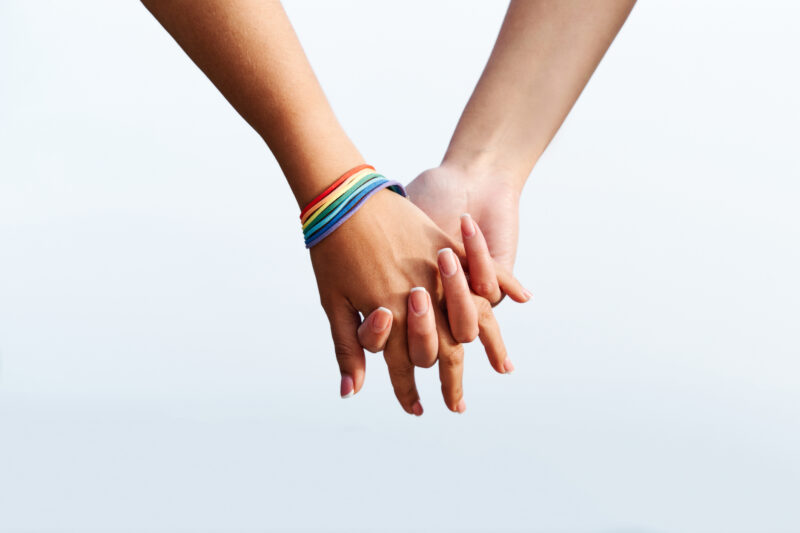 Thus was born Temple Israel of West Palm Beach’s outreach program for Jewish LGBTQ kids, generously supported by the Jewish Federation of Palm Beach County. Our goal: to create a safe space for LGBTQ Jewish kids and their allies and to view this issue through a Jewish lens.

I am proud to say kids are signing up — both affiliated and unaffiliated. We are blessed to have one of our young members, Kodi Laskin, to lead them and to motivate them.

But where did that idea really start, at least for me?

Let me tell you about my worst days as a kid. Those were the days in middle school and in high school when other kids would torment me with three slurs.

This is what my adolescent tormentors were saying.

You are the Other.

They were following the playbook that the late German historian George Mosse had described. Mosse taught that every culture defines its own sense of what it means to be a man, and then uses that definition to portray those who are differently masculine as foreign, as the Other.

Those experiences shaped me, more than I could have ever imagined. They pushed me into a lifelong journey through the meaning of masculinity, resulting in two books: Searching for My Brothers: Jewish Men in a Gentile World and The Modern Men’s Torah Commentary.

But, more than that, those experiences inculcated a social awareness about LGBTQ life.

Three movies from my youth were an essential part of that curriculum.

“Advise and Consent” (1962): Based on the novel by Alfred Drury, it tells the story of Robert Leffingwell, played by Henry Fonda, who has been nominated to be secretary of state, and the various forces that gather to support or to defeat him. Brig Anderson, a legislator from Utah, is on the fence about Leffingwell. He becomes the victim of blackmail. If he failed to support Leffingwell, he would face exposure about a homosexual affair he had during military service. Ultimately, and tragically, Anderson takes his own life.

“The Children’s Hour” (1961): This film, with Audrey Hepburn and Shirley MacLaine, is based on a play by Lillian Hellman. It is the story of a pair of women who run a girl’s school. One of the women becomes the victim of a vindictive student, who spreads the rumor that she is a lesbian. Finally, she, too, takes her own life.

“The Boys in The Band” (1970): I recently watched the remake — this time, with a cast of out gay actors. It is the story of a dinner party, attended by gay men — in which there is the underlying theme of furtiveness, secrecy and self-hatred.

(For more on cinematic expressions of the LGBTQ experience, I heartily recommend “The Celluloid Closet,” a documentary about how movies have dealt with this subject.)

Those movies shaped my view of homosexuality, long before I knew anyone who was gay.

Actually, that is not really true.

For 45 years, Aunt Trudy had been my great-aunt Charlotte’s — what was the word? — “roommate”? “Apartment mate”?

That’s what they were, technically.

I was 15 when Aunt Trudy died. It was the first funeral I ever attended. As the funeral began, the funeral director escorted Charlotte out to the chapel — as, in decades hence, I have seen funeral directors escort grieving spouses out, over and over again. I can still hear Aunt Charlotte’s shriek of pain.

Aunt Trudy had died and Aunt Charlotte was the grieving spouse.

But there was to be a more bitter lesson — one I had not thought about in decades, until recently.

It was the winter of 1978 and I was living in New York City. A friend and I were walking across Central Park. A group of adolescent boys accosted us. “Hello, boys!” they said in an exaggerated, effeminate way. They pelted us with snowballs and then with stones.

Hours later, we reflected on that incident.

“Do you think they attacked us because they thought we were gay?”

Had we two straight guys been the victim of gay bashing?

What would I want our LGBTQ teens, and their allies, to understand?

There are parallels between the historical experience of the Jews and of LGBTQ people in this world (knowing, of course, that there are many who find themselves in both categories).

The intersectionality of Jews and gays has a particular power and poignancy. In the short story “A Letter to Harvey Milk” by Leslea Newman, an old Jewish man, a Holocaust survivor, remembers the temporary homosexual relationship he had in Auschwitz and how his mate was put to death for being gay, and how that death has haunted him for the rest of his life.

There is a reason why we Jews wear tzitzit, fringes, on the corners of our tallitot. It is surely because we know what it is like to be on the fringes of society.

We embrace LGBTQ people, because they are not “them.” They are “us.” To look at “them” is to look at “us.” They are our children, our siblings, our parents, our cousins, our colleagues, our teachers, our neighbors, our…

They were my classmates in college, who single-handedly raised my consciousness when it was necessary.

They are my colleagues — rabbis, cantors, educators, etc. — who have taught me a Torah of life over the past four decades. That Torah moved me, among other things, to embrace Jewish ceremonies for same-sex couples.

Michael Walzer teaches at the Institute for Advanced Study at Princeton. At the age of 87, he is still productive and intellectually adventurous.

His small but weighty book, “Exodus and Revolution,” was one of the most important books I have ever read.

The Egyptian enslavement — and later, the Exodus — formed the Jews as a people. But, more than that, it formed and informed our worldview. It bred within us the moral passion we can bring to bear on the plight of the spat-upon of society. It inculcated within us a moral awareness and passion about the role of the Other, the stranger in society.

So, you will ask again: Why are we reaching out to our LGBTQ young people and those who would be their allies?

And yes, you can blame it on the kids who threw snowballs at me and my friend in Central Park.

Rabbi Jeffrey K. Salkin serves as the rabbi of Temple Israel in West Palm Beach, Florida. An author and editor of ten books, his blog “Martini Judaism,” where this essay first appeared, won the 2020 Wilbur Award for best religion blog of the year.