Do is a conscious choice

‘Why do Jewish?’ And why is that question so hard to answer?

When I was in high school, one of my closest Jewish friends brought home a non-Jewish girlfriend and his father was so upset, I thought he was going to tear his coat and disown him, like the father in “The Jazz Singer.” I didn’t understand it. This was a guy who wasn’t religious at all. Yes, he had a bar mitzvah, but that was it. He didn’t do any of the other “basics” that most of us secular Jewish kids did. He didn’t have Shabbat dinners or go to Jewish summer camp or take that teen tour to Israel. In fact, he would go to synagogue on Yom Kippur, and after services he’d come home and eat a ham and cheese sandwich.

Of course, there’s nothing wrong with that, but if he cared so much that his son date someone Jewish, then why didn’t he raise his son to understand why his Jewish identity mattered? Why didn’t he show his son why his Jewishness was important? Why didn’t he help his son answer the essential question: Why do Jewish? 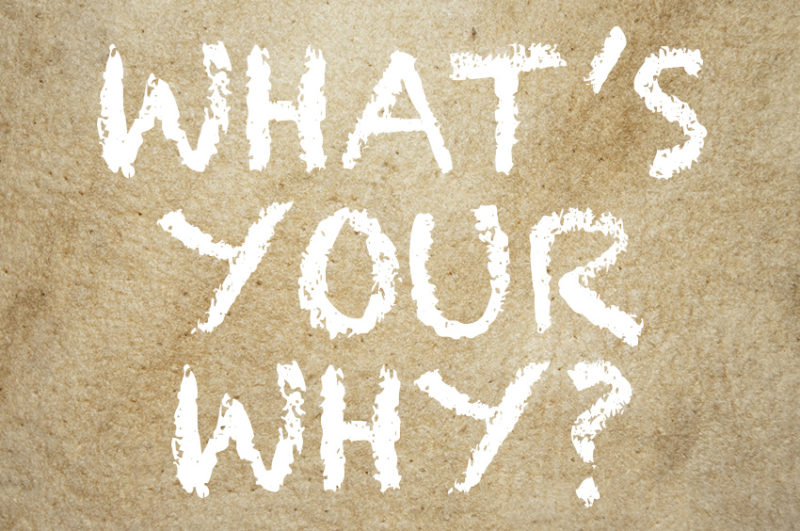 But why is it so difficult for many non-Orthodox Jews to answer that question today?

First, I believe many Jews cannot answer the “why” because they do not find Judaism relevant in our modern age. Some see it as archaic or anachronistic. They do not believe the laws, rituals and traditions speak to them in the twenty-first century. Ultimately, if someone doesn’t find the relevance in something, no matter what it is, they will walk away from it. When you leave the snowy mountains, you shed your winter coat; and for many Jews today, Jewish tradition is a winter coat. A lack of basic Jewish literacy for so many Jews today is at the heart of this feeling of Judaism being irrelevant or archaic.

Second, what follows immediately from the “why” is the “what”: We struggle to define “what” Judaism is today. Is it a religion, a culture, a nationality, a moral code, a People or a combination of those? Jewish identity is not as all-encompassing as it used to be. Before the Enlightenment in the mid-eighteenth century, if you were Jewish, it defined everything about you: Where you lived, how you dressed, what you ate, whom you married, how you lived week to week and month to month etc. Today, being Jewish could be just one small piece of your identity. Whereas in the past you were Jewish whether you chose to be or not, today it has been said that we are all Jews by choice. In Silicon Valley speak, Judaism used to be an “operating system,” but for many today, it may just be one “app.” So the “what” has become squishy and unclear for many Jews.

Finally, after the “why” and the “what,” many of us are then stumped on “how” we do Jewish because frankly, it isn’t working for many Jews today. In the Diaspora, and especially here in America, for example, many Jews see Judaism as too tribalistic and overly ethnocentric. In an era when “universalism” is the driving ethos, ethnocentrism and particularism are looked down upon. And if someone falls in love, shouldn’t all that matter be whether they’re a good person and you share the same values? So, they ask, why must we do all that old-fashioned stuff, when we should all just be citizens of the world?

Doing Jewish means taking some specific actions. I don’t believe you must take all the actions prescribed by the rabbis to live a Jewish life, but I also don’t believe you can ignore all of them either. Yes, you’ll still be a Jew, but to live a meaningful Jewish life you ought to embrace some of the actual “doing.” In a contemporary sense, this can mean doing tikkun olam to repair the world, taking part in philanthropic giving or a host of other channels to be involved and connect to meaning.

This essay was adapted from a section of the book “Why Do Jewish? A Manifesto for 21st Century Jewish Peoplehood,” published by Gefen.

Zack Bodner is CEO of the OFJCC in Palo Alto, CA.