That people pretend not to see what they don’t like and ignore evidence about their wrongness is not new. We all have what the 20th-century American philosopher Thomas Kuhn called “paradigmatic blindness,” an unwillingness or inability to accept any challenge to how we make sense of the world.

The Anton-Babinsky Syndrome has puzzled doctors since antiquity. It’s a rare condition in which the patient has lost vision but is convinced, often quite adamantly and despite clear evidence of their blindness, that they are capable of seeing.

Although neurologists Gabriel Anton and Jean Francois Babinsky wrote about the illness (scientifically called “anosognosia”) in the early 20th century, they were not the first ones to notice it. Seneca, for example, tells the story of an enslaved woman who had become blind but argued that she could see, often describing rooms in great imaginary detail. French Renaissance philosopher Montaigne writes about a similar situation involving a nobleman. 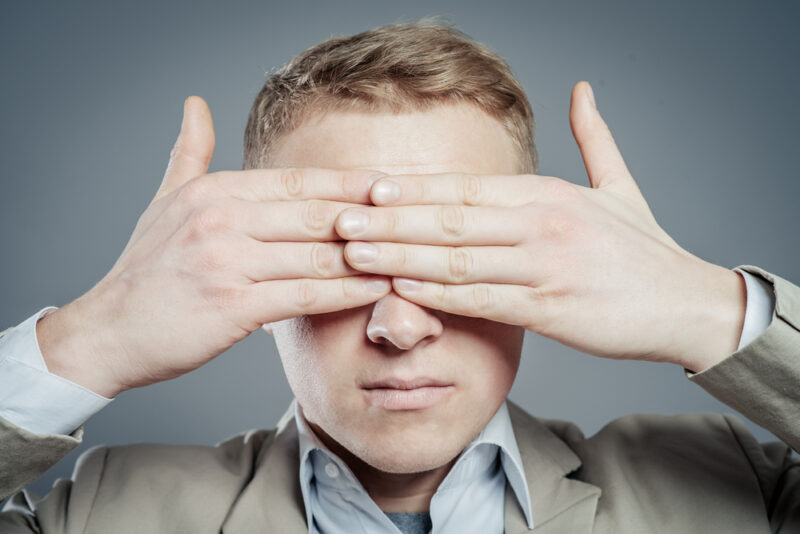 One of the hallmarks of this syndrome is employing confabulation to fill in the missing sensory input. Individuals with this syndrome don’t believe they are lying about being blind; they become convinced that the visions they invent are true.

In the last few years, popular interest in this rare disease has been growing. An episode of “House M.D.” was dedicated to it, although the titular character misattributed the condition to meningitis. The British neurologist and popular writer Oliver Sacks wrote a story about it, and the illness has appeared in popular novels from Canada (Blindsight) to Malaysia (Isolasi).

Why has this rare disease (only 28 scientific studies about it have been published) gotten so much attention? Perhaps because, deep inside, we realize that nowadays we all suffer a version of Anton-Babinsky.

That people pretend not to see what they don’t like and ignore evidence about their wrongness is not new. We all have what the 20th-century American philosopher Thomas Kuhn called “paradigmatic blindness,” an unwillingness or inability to accept any challenge to how we make sense of the world. People have always been good at filtering out information that does not support our views and assumptions and allowing in only information that does. But now, not only are we blind to much of what’s going on around us, but we replace what we don’t see with a false, confabulatory image of reality.

Take antisemitism, for example. Not only are we blind to antisemites within our own “political camp,” but are convinced that we aren’t. We create entire theories about how this antisemitism doesn’t really exist or is not that dangerous. The same applies to other issues, such as climate change, poverty and the threats to liberal democracy. When presented with evidence that we aren’t seeing reality as it is, we insist that the imaginary vision we concocted in our blindness is reality. In fact, a well-researched phenomenon called “the backfire effect,”  which occurs, in the words of a 2020 study, “when an evidence-based correction is presented to an individual and they report believing even more in the very misconception the correction is aiming to rectify.”

Echo chambers bolster our faulty perceptions. Like Anton-Babinsky sufferers, we walk around unaware of how blind we are because our social media feeds do nothing but reinforce our blind spots and cement our illusions.

Each of us, in our personal, social and political lives, has our own “Anton Babinsky areas,” things that we refuse to see, realities that we replace with false images impermeable to evidence and fact; redoubts of unassailable dogmatism in which confabulatory visions create alternative universes.

Our Anton-Babinsky stems from arrogance, but it also comes from fear. The world we inhabit is hard to understand. Better to pretend not to see it and replace it with a set of visions and ideas that don’t threaten us or force us to confront difficult questions. In some cases, our selective blindness is a refuge in an unpredictable world.

Two of the characters in biblical texts read on Rosh Hashanah become vision-impaired. Eli, the high priest encounters Hannah praying for a son but mistakes her for a drunk woman. Isaac, blind in his old age, gives the fatherly blessing to Jacob instead of to Esau. Their cases seem to be the opposite of Anton-Babinsky. It is only once he becomes blind that Eli is able to interpret the (excuse the pun) vision that Samuel had; blindness has made him more humble and therefore more open to the messages of God. As for Isaac, his blindness leads him to be fooled into giving his blessing to Jacob, but is he really fooled? Or is he only now able to recognize that Esau is not deserving of his blessing?

Rosh Hashanah is a time of introspection and truth-telling. There’s nobody to fool; it’s us against ourselves. It’s a time not to whine our lies but to sing our truths, especially those that we refuse to see. It’s a time to pierce the fog of false certainties that we create as a response to our self-inflicted blindness; a time to realize that false notions may offer fleeting comfort but long-lasting pain and fear; a time to rediscover that the only way of defeating our demons is by confronting them, not by pretending not to see them; a time to be humble, accepting that we can see only a distorted and partial view of a very complex view that nobody can fully comprehend.

Here’s the good news: In most cases, Anton-Babinsky is curable. It’s not easy, but many patients can recover once the underlying reason for their blindness is addressed (in most cases, a brain injury), but they first need to realize that they are blind and be willing to undergo a long process of rehabilitation.

Rosh Hashanah will not magically restore our 20/20 vision, but these times of soul searching can help us become aware of our blindness; they can expose the fallacies that we build around the realities that we refuse to see. They may not eliminate our biases and preconceived ideas, but they may reveal them, and that’s an enormous first step. Being honest with oneself is as painful as it is necessary. If we admit that our vision is impaired, maybe we can try to listen more, especially to those who present a different view of reality. We can try to have conversations in which we suspend judgment and lower our guard. We can allow ourselves to be changed by other voices, as during Rosh Hashanah we allow ourselves to be changed by the unadorned sound of the shofar.

In Deuteronomy (Parshat Ki Teitzei), we are instructed not to “turn a blind eye” to items that a neighbor may have lost; we are ordered to “see” them and return them to their owners. In his commentary on this passage, Yehuda Leib Alter, the Gerer Rebbe wrote that “… one must develop the habit of never turning a blind eye, not to physical reality nor to spiritual reality. One must keep his eyes open, and only then can he restore lost objects, lost thoughts, and lost ideals.”

This is our most awesome challenge for these days.