Scott’s style of unrestricted, longer-term grants is slowly catching on 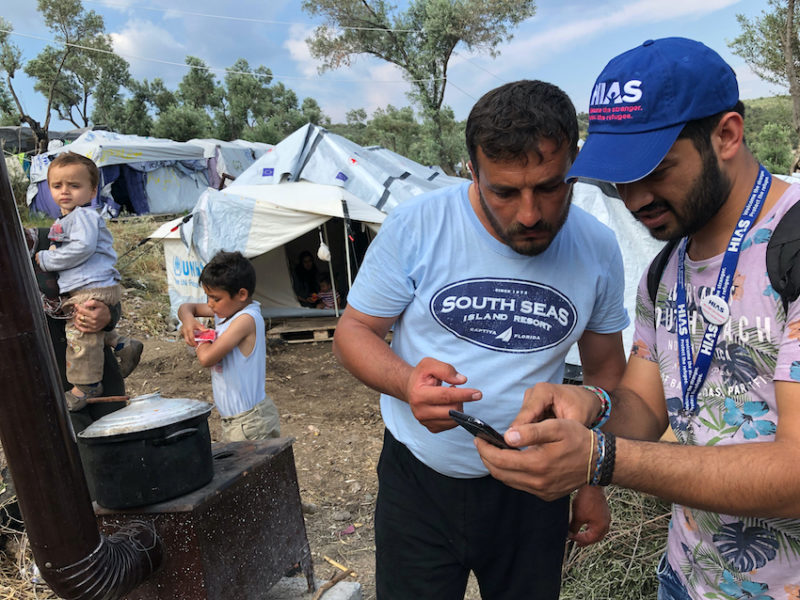 MacKenzie Scott has given away $8.5 billion in less than a year, spurring a conversation among Jewish grant-makers about her untraditional philanthropic methods, according to a range of experts, observers, donors and communal professionals who described the debate for eJewishPhilanthropy’s Helen Chernikoff.

Jeannie Infante Sager, director of the women’s philanthropy institute at Indiana University’s Lilly Family School of Philanthropy, said the charitable advisors in her network are increasingly hearing from clients who are intrigued by what Scott is doing by emphasizing unsolicited, unrestricted, multi-year grants.

Academics can’t yet quantify Scott’s influence because her giving, while momentous, is still new, said Sager. Similarly, Scott’s donations are being invoked in the Jewish world, where two organizations — HIAS, the refugee support and advocacy group, and Repair the World, a service corps for young people — received grants from her.

“We’re hearing her name being mentioned as an example,” said Rabbi Rebecca Sirbu, executive vice president of the Jewish Funders Network, (JFN), a service organization that is open to donors who give a minimum of $25,000 annually in the name of Jewish values.

Scott’s philanthropic style, which Sager called “trust-based philanthropy,” dovetails neatly with “GrantED,” an initiative of JFN and UpStart that aims to strengthen relationships between grant makers and grantees. GrantED fosters conversations about power dynamics between donors and recipients and educates funders about the need for unrestricted grants that aren’t tied to any one specific program and can be used for general operating support, Sirbu said.

“Racial justice. Educational access. These are big issues Scott’s investing in,” Sirbu said. “She’s inspiring donors to think more about long-term impact.” Unrestricted giving is already a Jewish philanthropic practice, said Eric Goldstein, CEO of UJA-Federation of New York, but he would like to see it become more widespread.

The federation makes about 80 such grants a year, amounting to $65 million to $70 million, to partners such as JCCs, Hillel chapters and camps. Those allocations can amount to half of the federation’s annual giving. “I think what she’s doing is very helpful. Unrestricted, long-term support is the lifeblood of many organizations,” Goldstein said, noting that such funds mitigate the financial uncertainty of grants that need frequent reauthorization.

HIAS CEO Mark Hetfield echoed that sentiment as a grantee of Scott’s. A perpetual scramble for operating funds reduces an organization’s efficiency, and therefore its efficacy, he said.

Goldstein noted that certain kinds of grants are more “targeted” — such as those that fund an innovative program or technology — and that those are also an essential part of the philanthropic ecosystem.

Hetfield also said he understands why many donors are more prescriptive than Scott.

“Donors have an agenda, and you can’t blame them,” he said. “They direct organizations to spend money in order to have a certain impact.”

The Rodan Family Foundation usually gives multi-year grants, in part to build a relationship of trust with the foundation’s grantees, said Elana Schulte, the foundation’s president and CEO. While she understands the importance of unrestricted funding, more detailed grants often better support the foundation’s mission. The foundation focuses on young adults and families with young children in the East Bay area of San Francisco by supporting such organizations as preschools; the Jewish Baby Network; Honeymoon Israel, an Israel travel program for newlyweds; and Moishe House, which offers subsidized housing to Jewish singles.

“We don’t want to be prescriptive,” she said. “We believe organizations know best how to run themselves. But when you have a tight focus, sometimes you need to define the parameters.”

The notion that Scott gives unconditionally is a misconception, said Hetfield. HIAS is required to make regular reports on its spending, and has been advised by Scott’s team that it should only start new programs or initiatives that it will be able to sustain.

“I hope it becomes a trend,” he said. “Donors should vet organizations, and give with the condition that the organization fulfill its mission.”

If donors and organizations find that Scott’s strategy helps them achieve their goals more efficiently than shorter-term grants and detailed reporting requirements, it may well become more popular among Jewish philanthropists, said Ben Soskis, a senior research associate at the Urban Institute. As co-editor of HistPhil, an online philanthropy journal, he has advocated for more Jewish scholarly attention to philanthropy.

However, Scott’s giving also presents a challenge to American Jewish norms, where foundation and federation endowments are a cherished symbol of security and power that competes with the imperative to get money to people in need quickly and in large amounts.

“She faces philanthropy with an ambivalence to the project itself,” he said. “That can be uncomfortable for any funder.”