Mackenzie Scott is known for her rapid distribution of big, unrestricted grants 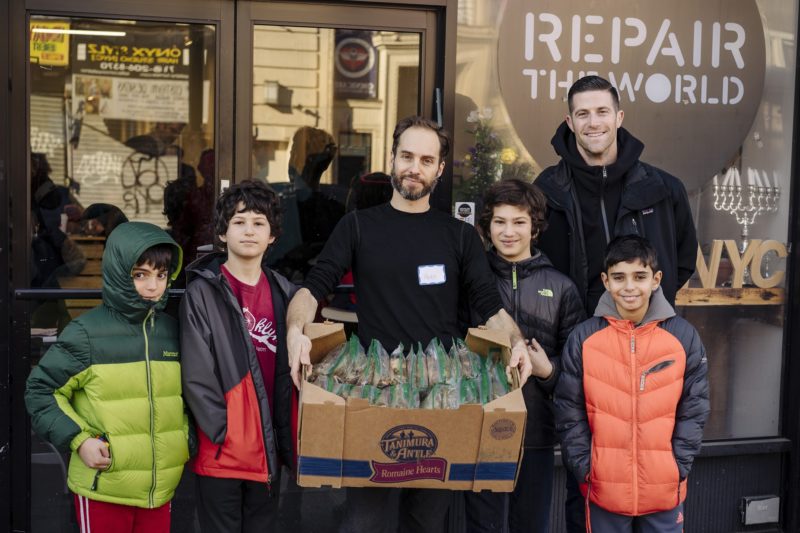 MacKenzie Scott, known for her record-setting charitable donations, has now become — with her husband, Dan Jewett — a supporter of two American Jewish organizations, Repair the World, a service corps for young people, and HIAS, the immigrant support and advocacy group.

These are Scott’s first gifts to U.S.-based Jewish groups. HIAS CEO Mark Hetfield did not disclose the details of HIAS’ gift, but said it would enable the group to ramp up its capacity as an emergency responder to refugee crises around the world in addition to continuing its work as a resettlement agency. Scott, the ex-wife of Jeff Bezos, gave almost $6 billion away to nonprofits and charities last year. After their divorce, she signed the Giving Pledge, which commits signatories to giving at least half of their wealth to charity. Repair the World, whose annual budget, according to its most recent tax filing, was $5.9 million, will receive an unrestricted grant of $7 million from Scott and Jewett, CEO Cindy Greenberg told eJP.

When Greenberg was approached by Scott and Jewett’s representatives, she did not suspect the identity of the donors, she said. She shared with the representatives the organization’s three-year plan and its mission, which is both to make service a defining element of what it means to be Jewish in America and to enact social change. A few weeks after that conversation, about two and a half weeks ago, she got the call letting her know about the gift. “I lost my breath; I made the representative repeat herself,” Greenberg said. “I said, ‘You’re either an angel or a prank caller.’”

“It’s a game-changer for us,” Greenberg said. “It’s a stamp of approval which we hope will catalyze additional investment in us.”

Scott also made a gift to Africa Tikkun, an aid organization in South Africa founded by the chief rabbi there.