The Jewish Funders Network is creating a Midwestern regional group 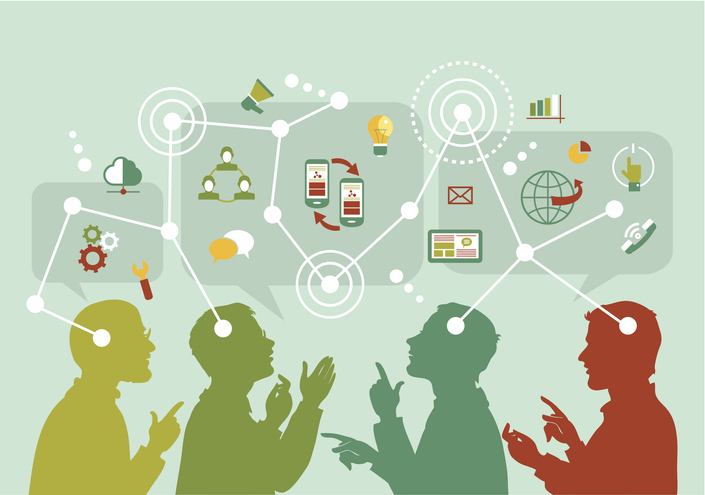 The Jewish Funders Network (JFN) welcomed its first member from the United Arab Emirates (UAE) last week, where the Jewish community has been growing since the signing in September 2020 of the Abraham Accords, which normalized relations between Israel and both the UAE and Bahrain. It has a new synagogue, kosher certification agency and school, too.

But JFN’s new member is also part of a broader phenomenon within that organization, whose membership is becoming more diverse in terms of both location and size, Ari Rudolph, JFN’s vice president of philanthropic engagement, told eJewishPhilanthropy.

A service organization that’s open to donors who give a minimum of $25,000 annually in the name of Jewish values, JFN’s shift during the pandemic to virtual programming and meetings accelerated this trend. The organization is also trying to nurture it by reaching out to new regions — especially the American Midwest, Rudolph said.

JFN’s mission is to help its members become effective philanthropists by offering education, training and connections. JFN has about 2,500 members from 15 countries, 456 of them from Israel. Until about a year ago, divided its membership into four geographies: United States, Canada, Israel and “international.” Now, Rudolph is thinking of it as nine, more nuanced categories, although some of them are still in flux.

Founded in 1990 as a loose network of funders who wanted to do some of their giving outside of the federation system that dominated Jewish philanthropy at the time, JFN’s membership now includes not only individuals and foundations, but also donor-advised funds (DAF) holders; federations and associations of DAFs like the Jewish Communal Fund.

“Ten years ago, JFN was thought of as existing for foundations,” Rudolph said. “Now we’re trying to say we’re about funders. Everyone can come and learn.”

A decade ago, JFN’s membership was mostly foundations big enough to require professional staff; now, two-thirds of the membership is unstaffed foundations, which tend to be smaller, Rudolph said.

“You have the big foundations, like the Jim Joseph Foundation, the Nathan Cummings Foundation; they fund in almost every area,” said Michael Lustig, a JFN member and president of the Baron de Hirsch Foundation, which focuses its giving on the issue of Ethiopian immigrants to Israel and their absorption into the society. He also holds a donor-advised fund. “But there are also a large number of smaller foundations, which you will see if you go to a JFN event.”

Nationally, 74% of family foundations have assets of $10 million or less, said Nick Tedesco, CEO of the National Center for Family Philanthropy.

“Many of these philanthropies are embracing effective and innovative practices, but they’re not as networked as larger national and global entities, and they’re not highlighted in the media as often,” he said. “There can be a sense of isolation for them.”

JFN already has one regional network, “JFN West,” which had its first conference in December 2020. It has 340 members and two part-time staffers, and the conference focused on some issues specific to that part of the country.

Now it’s in the process of creating another, in the Midwest, Rudolph said. That region is home to several big foundations, such as the Crown Family Philanthropies and the Max M. and Marjorie S. Fisher Foundation.

JFN has 35 Midwestern members to date , and Rudolph said he thinks there are at least that many who would be interested in joining once JFN has created the right home for them.

To do so, he is putting together a steering committee of between eight and 10 members to formulate what the region needs, and hiring a staffer who will be based there to create and run the network.

“It is very important that this is not mandated by New York,” he said. “It needs to have a Midwestern flavor.”

If the regional network in the Midwest shows promise, JFN plans to consider creating more of them, in the South, for example.

“What was historically a New York-centric organization,” Rudolph said, “is now no longer.”