Want systemic change? An unlikely model for Israelis with disabilities has lessons for us all

We are often swept up by the desire for quick solutions to complex problems. But the work of systemic change requires more than passion for the cause. It demands from us a commitment to cooperation and engagement with people and systems that seem entirely mismatched.

Among today’s loudest rallying cries are those for systemic change. The prospect of sweeping transformation is exhilarating and inspiring, especially in the pursuit of justice or equality. But making it a reality is slow going, and that can cause many to give up. 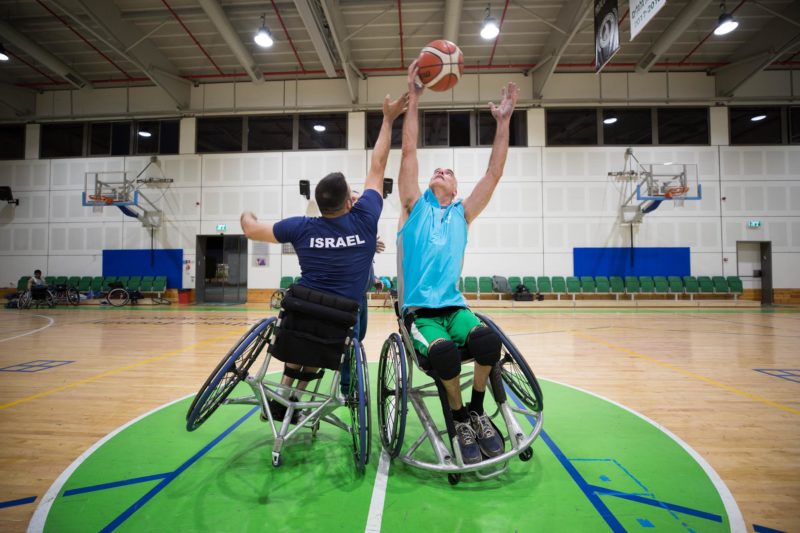 Ours is a case of unlikely success built on the unlikeliest of partnerships. In 2009, we embarked on a journey to ensure the inclusion and independence of the more than 1 million people with disabilities in Israel. The resounding belief at that time was that if you wanted that kind of widespread societal change, the last thing you’d do was bring together a legacy organization, an activist foundation and the government. But that’s just what we did.

The preconceptions were evident from the start: legacy organizations will be slow-moving, top-heavy and lacking innovative spirit. Activist foundations, especially those rooted in family philanthropy, can be sharp-elbowed and ambitious, single-minded and unwilling to compromise. Government is mostly inflexible, bureaucratic and maintains the status quo rather than rock boats to achieve an end, however important.

To meet our goal, we needed to shelve those concerns, be willing to upend them, and be open to change we did not anticipate. Thirteen years later, we’ve achieved a hopeful reality for hundreds of thousands of Israelis with disabilities through our efforts. It’s driven by person-centered human services, changing public perceptions and people with disabilities taking their place as the central decision-makers and policy-shapers for their needs.

Three lessons helped us get here and are critical for the next generation of philanthropic leaders shaping models focused on systemic change.

We were all invested, but banding together was not simple. The government and JDC were used to working together. But to bring a philanthropic partner to the table and offer them an equal role was a stretch. This was especially so because RFF often engaged in public advocacy and criticism targeting government. How could progress be made when there was a party agitating from the outside? Shared suspicion became a catalyst for productive dialogue and action. Forced to sit with one another and hash out goals and challenges, the government came to respect and understand RFF’s prodding. They could help the government move factions resistant to change and help the government position itself as a true changemaker. The foundation found that the government was genuinely interested in making change, not just because of its longstanding commitment to its citizen’s social welfare, but because it wanted to replicate the kinds of innovation the foundation offered through its network of U.S. and global experts.

Second: patience and failure, are virtues. Even with shared goals and growing goodwill, what we were proposing was a sea-change that would need to tear down decades of widespread discrimination and outdated models of care; and promote the idea that Israelis with disabilities could become their own best advocates. We had to be in this for the long haul. So we developed our partnership as a lab for testing program models, policies, and practices, not all of which would work.

In the decade-plus we’ve worked together, we’ve collaborated with dozens of leaders and NGOs in the disabilities field, 12 government ministries, 28 corporate partners, and 38 individual philanthropists. We carried out dozens of programs that never got past the development stage. When interventions did not succeed, we changed course, abandoned, or re-envisioned them. And we committed to staying in the game despite inevitable disagreements and setbacks. Today, 50 of those programs have been scaled by the Israeli government for use nationwide, benefitting hundreds of thousand of participants. They span housing, employment, economic resilience, transportation, and community-based efforts like sports and education, integrating people with disabilities into wider Israeli society.

Third: change within to change without. At the heart of this endeavor was our genuine desire for authentic representation for people with disabilities in Israeli society under the banner “nothing about us without us.” RFF, which has a provocative approach to representation, did more than just talk about this goal. We required it to be a value to which all the partners would adhere. For JDC, a Jewish humanitarian agency serving vulnerable Jews around the world, that meant building a more inclusive organization.

The process challenged us to confront the glaring absence, or lack of recognition, of people with disabilities in our work. We created a disabilities awareness task force covering global programs, our Board of Directors, and staff. We developed a policy road map to promote inclusion. Deploying trainings and seminars, a community of professional practice, and a commitment to include people with disabilities in all activities, we expanded our vision for human services, Jewish life, disaster relief, and international development work. Today, even in places like the former Soviet Union where people with disabilities face stigmas, you’ll find leadership and care programs including people with disabilities and Jewish communities where inclusion is a permanent tenet, celebrated together with Israeli counterparts every February during Jewish Disabilities Inclusion and Awareness Month. And the work continues.

We are often swept up by the desire for quick solutions to complex problems. But the work of systemic change requires more than passion for the cause. It demands from us a commitment to cooperation and engagement with people and systems that seem entirely mismatched. It calls for introspection and the willingness to see things fall apart. And it’s held together by enduring power of a humility that says we cannot go it alone, so it’s better to take the longer path together.

Jay Ruderman is the president of the Ruderman Family Foundation and Ariel Zwang is the CEO of the American Jewish Joint Distribution Committee.