The full sanctuaries of the High Holy Days have long been a platform for American rabbinic leadership. Certain topics are regulars — the latest news from Israel, spiritual guidance for a healthy life or family, the ever-present nudge to get more “involved” in synagogue life and the reliable social justice sermon to fire up the crowd. I have given many of these sermons, as their messages emerge naturally from the themes and texts of this season.

This year, I ask my colleagues to add a neglected topic to the list — democracy — and I would like to go beyond the critical work of expanding voting rights. That topic deserves its own sermon, as leaders in many state capitals are doing everything they can to reduce access to the polls. We should continue the tradition of American Jews who have been at the vanguard of the fight for voting fairness. 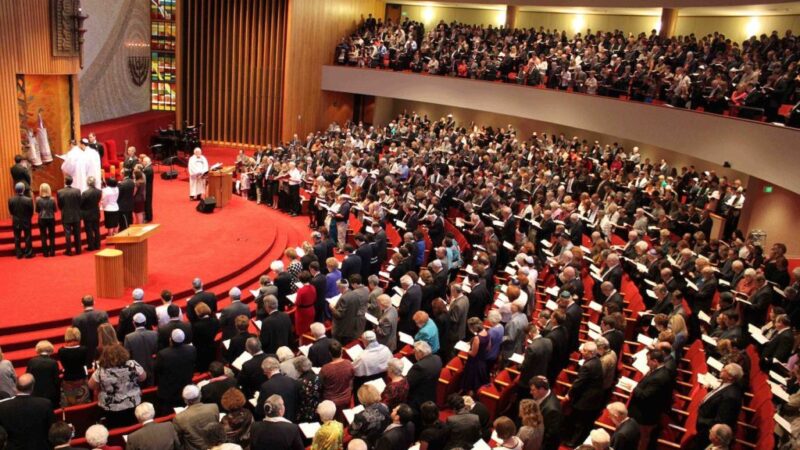 But the right to vote, and the impulse to block others from the polls, is rooted in something deeper–a complex, imperfect, interconnected system. True enfranchisement requires standard rules for vote-counting as well as institutions who respect them. This is dependent upon the legislators who created those institutions, whose authority, in turn, relies on the public that elected them. The public, in its infinite and often-flawed wisdom, makes decisions based on attitudes shaped by something deep in the soil about what it means to be an American. So I ask my colleagues to direct their sermons there, in that deep place, where the roots of our system of self-governance are watered by attitudes, ideas and narrative. To me, this provides a profound and perfectly appropriate target for preaching.

Sermons offer long-form thinking, nuance, analysis and complexity. As Jonathan Haidt and others have pointed out, our democracy suffers from the simple binaries and algorithms of social media. Synagogues, as spiritual containers, can shake people out of echo chambers and self-fulfilling narratives.

If the High Holy Days are about t’shuvah, the desire to change directions and get on the right path, then our country needs our help. It seems the only thing uniting reds and blues right now is a belief that the country is indeed on the wrong path. The most extreme partisans now argue for, essentially, rebellion should they not get their way. Whether one believes that liberal democracy has failed because it is perverted by the power of elite liberals or racist nationalists, some on both sides now preach the once unthinkable conclusion that the system itself should be scrapped.

So I ask you, colleagues, to consider a sermon about the virtues of the democratic system itself. Yes, yes, tell people to go vote, to be poll-workers, to get friends and neighbors to vote, to march and advocate for voting fairness, but keep going, because the votes will not matter if the system beneath it disappears. Use your pulpit to preach broad and stable democracy, which continues after elections conclude. Here’s why:

So, colleagues, as you write, ask what themes and messages of these Holy Days can help our country. Individual policies, even ones related to voting, are crucial and deserve our attention, but if we do not speak up for the system as a whole, I ask you: Who will?

Rabbi Michael G. Holzman is the spiritual leader of the Northern Virginia Hebrew Congregation, the creator of the Rebuilding Democracy Project, a winner of the 2019 Lippman Kanfer Award for Applied Jewish Wisdom, and a faculty member of the Hartman Institute.