Campers themselves must apply for Masah incentive funds 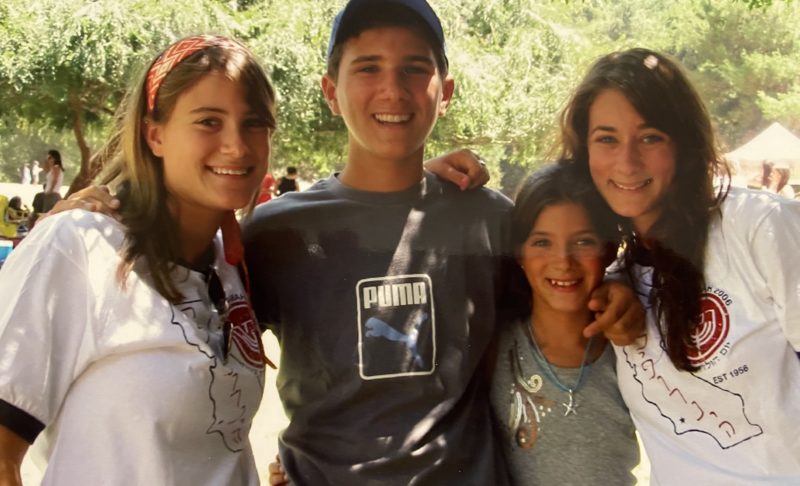 The Winkler Lowy Foundation’s first major gift is likely the first of its kind — a grant program at Camp Ramah in California that aims to keep campers coming back through age 16. Founded in 2019, the foundation is the creation of Janine Winkler Lowy and her four children — all of whom attended the camp until they went to college and worked as counselors, and one of whom recently married a fellow camper. “We’re not bricks-and-mortar people,” Winkler Lowy told eJewishPhilanthropy in her first interview about her philanthropy. “My philosophy is Jewish education. Camp is Jewish life, 24 hours a day, seven days a week, and to me, that’s Jewish education.”

Those high school summers are pivotal, said Rabbi Joe Menashe, executive director of Ramah in California, which is located in Ojai, about 80 miles north of Los Angeles. Those summers are both when Jewish teens are being pulled in other directions — jobs, school — and when psychologically, they are starting to decide who they will be as adults, Menashe said, citing research showing that Jewish summer camp is a powerful predictor of Jewish identity as an adult.

“So much pressure is on them to start to build a resume and have other experiences,” Menashe said. “But also that’s when they’re clarifying their values, taking on an independent ownership of their Jewish identity.” According to the Foundation for Jewish Camp’s 2019 census, campers in grades five through 10 each account for about 12% of the total camp population, but 11th graders account for only 6%.

The “Masah Incentive Grant” is independent of the camp’s financial aid process, although it is not available to families whose income and assets exceed certain limits. It consists of a set of escalating amounts — $360, $500 and $720 — that the camper will receive after pledging to commit to returning each summer through age 16, and completing an application.

“It forces the kids to think,” Winkler Lowy said. “And it gives them agency.” The foundation has committed to spending up to $404,000 on the program over three years, depending on how many children sign up, and for how many years.

Both a parent and the camper must submit written statements that articulate why they feel camp is important.

“Ramah was able to teach me Birkat HaMazon [the blessing after meals],” wrote one camper. “I love the prayer, and it gives me the flashbacks of doing it at camp when my family does Birkat on the High Holidays and Passover. Whenever I say it, it reminds me that food comes from God.”

Sarah Eisinger, who runs the Harold Grinspoon Foundation’s JCamp 180 program, said the Masah program struck her as creative. “It puts the onus on the child to choose to be a part of the camp family, and we know that when people choose to have some skin in the game, they get more value out of the experience,” she said.

Menashe emphasized that for some families, such as those that pay for camp by combining multiple sources of financial aid, the dollar amounts can be financially significant, and that knowing that support will be waiting — and growing — for them each year helps them decide on Jewish camp instead of a different option.

Andres Spokoiny, CEO of the Jewish Funders Network, said incentives are important for middle-class families who aren’t eligible for large amounts of financial aid, but also might struggle to afford camp, which can cost $10,000 a summer.

The daughter of a Holocaust survivor, Winkler Lowy said she has seen Ramah campers, especially those who returned summer after summer, become leaders in the Jewish community. Her hope is that the children who receive the grant will do the same.

Both she and Menashe said teenagers form deeper relationships with the Israeli counselors and staff, relative to the younger children. Those connections, combined with a trip to Israel that is often part of the Ramah experience, can create a durable bond with the Jewish state.