The power of peoplehood

The notion of Jewish Peoplehood, rooted in the age-old concepts of Clal Yisrael and Am Israel, never disappeared, even when set against classical Zionism’s negation of the Jewish experience outside the Jewish state.

Our era of unrivaled Jewish success — in Israel and across the Jewish world — has generated a paradox alongside the many positive metrics of health, wealth, freedom and security: Diaspora Jews and Israeli Jews are pulling apart. The myriad signs of drift and distancing pose a defining challenge that requires an adaptive response that is appealing and authentic.

Rediscovering the “Jewish Peoplehood” paradigm, one of the oldest ideas that bind Jews to one another, can simultaneously address the challenges we face at home and nurture stronger ties between Jewish communities and Israel. 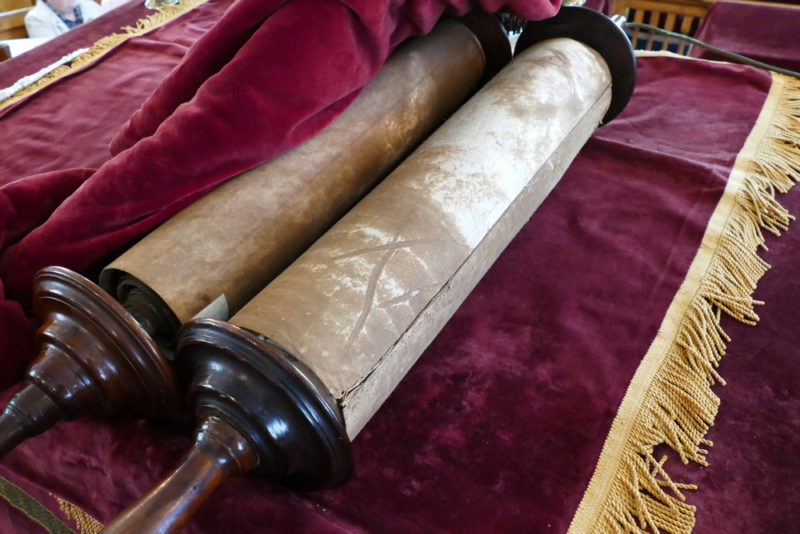 A predicament born of success

There is nothing arrogant or conceited in recognizing the obvious: Israel has evolved into a strong and prosperous country, almost unrecognizable from the trying times of its early decades. Recognizing Israel’s unprecedented achievements does not deny that the country continues to wrestle with challenges of social cohesion and peace. Yet, alongside Israel’s growing strength, its society reflects a surprising degree of ignorance and lack of familiarity with world Jewry.

For its part, Diaspora Jewry is also experiencing unprecedented achievements. Jewish communities, especially in North America, now live largely integrated, prosperous and secure, which has heightened our commitment to liberal and democratic ideals yet also produced new challenges. Many of our legacy frameworks are hemorrhaging members and failing to address the challenges of a diversifying Jewish community. Existing platforms have also been unable to unite increasingly pluralistic views about Israel and Israeli policies.

As in Israel, gaps in literacy and awareness, magnified by repeated instances of political missteps and misunderstandings, have generated a persistent sense of rift.

If left unattended, these sources of discord and division could turn catastrophic. A growing rift only weakens the resilience and sense of solidarity and collective responsibility (“arvut hadadit”) that was a signature of the Jewish people’s recovery from the calamities and dislocations of the 20th century.

This is why strengthening a sense of commonality across Jewish societies is so critically important.

Jews know how to mobilize in the face of obvious threats and crises, responses honed through navigating repeated travails and tragedies. But “gevalt” responses do not fit our current predicament.

Positive frameworks, paradigms that nurture belonging, are what need to be elevated. Investing in initiatives that heighten awareness, empathy and solidarity, like Birthright Israel, the Z3 movement, Moishe House and Honeymoon Israel, to name just a few, enable us to surmount these new challenges, even as we combat age-old scourges like antisemitism.

Advocacy appeals and emergency responses, understandably heightened by the pandemic, cannot answer the overarching challenge of defining a Jewish future that is appealing and attracts the vast segments of our societies endangered by indifference and detachment.

A new twist on an old idea

The notion of Jewish Peoplehood, rooted in the age-old concepts of Clal Yisrael and Am Israel, never disappeared, even when set against classical Zionism’s negation of the Jewish experience outside the Jewish state. Securing America’s alliance with Israel and rescuing Soviet and Ethiopian Jewry demonstrated the essence of the paradigm’s ideal of mutual responsibility. Achieving inclusion and fending off nativism and intolerance at home also required a unity of purpose that is essential to this idea.

The Jewish Peoplehood framework—based on both traditional and contemporary notions of a shared heritage, a common destiny, mutuality and a sense of collective responsibility—offers a positive, authentic, and forward-looking approach for bolstering metrics of belonging and cohesion. This emerging paradigm, a new twist on an old idea, is inextricably tied to Israel and its success; it views a strong, vibrant Jewish world as vital to the Jewish state; and it equally values different centers of Jewish life.

The “peoplehood” framework has real potential to strengthen Jewish communal cohesion, as it speaks the language of the silent Jewish majority that feels deeply connected to Israel.

The Jewish Peoplehood paradigm also provides an inclusive and pluralistic framework that respects and validates the spectrum of Jewish practice and observance. It is a concept that is increasingly infused with ideals of tolerance, diversity and racial equity, at once offering an algorithm for belonging and Jewish identification in a competitive North American cultural marketplace, while at the same time emphasizing universal values and obligations that define the Jewish people’s mission in a world that desperately needs repair.

Despite monochrome caricatures, including those portrayed through popular culture, North American Jewry is incredibly diverse in its ethnic, cultural, racial and linguistic strands, and becoming more so all the time, particularly in our largest centers, from New York, Miami and Southern California, to Toronto, the Bay Area and Boston. “Peoplehood” is the notion that perfectly fits our evolving diversity.

How to cultivate peoplehood

But frameworks based on this paradigm will not simply spring to life. They must be cultivated and instilled. Twenty-first century Jewish Peoplehood requires an awareness of the Jewish past and a renewed commitment to our sacred traditions, as much as it beckons a new level of consciousness about the Jewish present.

Our educational and engagement frameworks need to emphasize the contemporary Jewish experience, including the parallel realities of Jewish societies enjoying unprecedented opportunities to flourish. Touchpoints and encounters should be based on mutuality.

We must incentivize greater connectivity and literacy across the Jewish world, which we know can pay big dividends.  For example, purposeful, structured encounters—“mifgashim” in Hebrew—have proven to have outsized impacts on attitudes and personal outlooks. At the same time, we must integrate a commitment to racial diversity, equity and inclusion.

For our part, we have committed to invest in Jewish Peoplehood through a range of community and immersive programs, including the establishment of a Jewish Peoplehood Coalition in North America. This new platform and network, mirroring a peoplehood coalition recently established in Israel, will be devoted to further instilling and disseminating this new twist on an age-old concept.

We are simultaneously investing in peoplehood initiatives in North America and in Israel, which are mutually reinforcing. In today’s Israel, we have discovered that Jews are hungry to learn about who we are, how we live and our role and relevance for their future.

What might have been mistaken in the past as a lack of interest or receptivity, was in fact a deficit in awareness. Even the term Jewish Peoplehood – amiyut yehudit in Hebrew – is unfamiliar to most Israeli Jews.

Unlike Israel’s other global relationships, ties with Jewish communities outside the state are identity-driven and increasingly viewed as familial. Public education initiatives devoted to Jewish Peoplehood are multiplying, and public awareness efforts, like devoting the 12th torch at the Independence Day ceremony to World Jewry or the KAN public broadcaster’s recent series The New Jew, remain novel and in need of broader support.

Conditions could not be riper for investing in peoplehood. Israel’s new government has moved quickly to reset relations with World Jewry and embrace the peoplehood paradigm. Speaking in New York in September, Prime Minister Naftali Bennett lauded American Jewry, declaring his desire to import its values of inclusivity. “Reverse Birthright” initiatives, where Israelis experience Jewish life outside the state, have grown in popularity.

“The wheel,” as the expression goes, doesn’t need to be reinvented. But it does need to be rediscovered and advanced. Promoting peoplehood requires the same commitment to action and the same rejection of fatalism that is at the core of Zionism. Our destiny is ours to define, even more so in an era of Jewish strength and power.

In the current marketplace of ideas, few paradigms can match the power of Jewish Peoplehood, a notion that can at once define the Jewish past and the Jewish future.

Amnon Rodan serves as a director of the Rodan Family Foundation, which invests in the future of the Jewish people by cultivating peer-driven communities, building a sense of belonging amongst an increasingly diverse population, and bringing Israeli and U.S. Jews closer together. He served as chairman of Rodan + Fields, and as board chair for the company’s philanthropic arm, Prescription for Change (PFC) Foundation.

Jeffrey Solomon, the former president of the Andrea and Charles Bronfman Philanthropies, currently serves as a senior advisor to Chasbro, the family office of Charles Bronfman. Solomon has been deeply involved in establishing a wide range of new initiatives to deepen Jewish belonging and strengthen Israel-Diaspora ties, including Birthright Israel.

Your Daily Phil: How inflation and the market are affecting Jewish nonprofit