I began my career as a ‘Jewish communal professional’ in 1990 having worked for 15 years before that in the secular nonprofit and government sectors. Soon after I was hired in Boston as JCRC executive director, I was invited to a presentation at Brandeis University (by an all-male panel) sharing the results of the 1990-91 National Jewish Population Survey, or NJPS. I remember being struck by what a different orientation I brought to hearing the data being presented. As the researchers. academics and communal leaders were bemoaning the data that 1:2 Jews were marrying non-Jews, I saw it as an opportunity. While most of the conversation that day was about how we can make our children “more Jewish,” my thoughts turned to how can we welcome the non-Jewish partners into our community? The “solutions” I was hearing had mostly to do with more kids going to Israel, to Jewish camps, to Jewish schools etc.

I had come into the “organized” Jewish community with a different vision. My Judaism had revolved mainly around engaging in universal social justice work because those were the values I saw as particularly Jewish. At that moment, it was clear to me that it was that aspect of Judaism that would and could be most compelling to non-Jewish spouses and a way to “welcome” in newcomers to our faith. 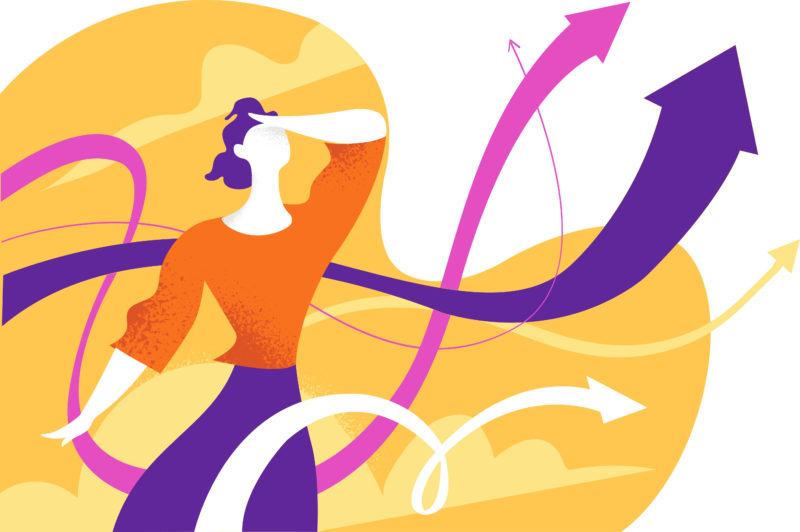 Fortunately, I was working in Boston, a community where innovation and creative expression were welcomed and promoted. I already had made a “deal” with Barry Shrage, (the visionary, modern orthodox leader of Boston’s Jewish federation) that while he was passionate about engagement in innovative approaches to Torah and serious Jewish learning, I would focus on engagement in Tzedek and meaningful pursuit of Justice. We had agreed that he would articulate we could not have Torah without Justice, I would articulate that we could not have Tzedek without Torah and an understanding of why we, as Jews, pursue justice for all.

It was against this backdrop that Boston enthusiastically embraced the findings of the 1990-1991 NJPS and used the data to emphasize the importance of inclusion and welcoming all those who sought to be part of our community and welcome them in through many different gateways. As a result, that study certainly not only led to a greater investment in meaningful Jewish learning for all ages in the community, but it also led to a serious commitment to social justice as yet another gateway to Jewish continuity. And the results spoke for themselves…Boston soon had the highest rate in the country of interfaith couples raising their children as Jews.

While the 1990-91 study did not ask a question about social justice, the 2013 and 2020 studies did, and the results should not be surprising. According to the 2020 report, more than half of those interviewed (59%) say that working for justice and equality in society is essential to their Jewish life (third after remembering the Holocaust (76%) and leading an ethical and moral life (72%). The survey also validates that politically, U.S. Jews on the whole lean strongly liberal and tend to vote democratic. 71% said they were democrats and leaned Democratic. However, it should be noted that there is an increasing divide in our community with 75% of those who identified as Orthodox Jews leaning Republican.

What represents a significant change over the past 30 years since I was part of a small group of leaders who opened up a gateway for social justice engagement, is the number of social justice organizations that now exist in the community. What started in 2005 as six organizational leaders (JCRC-Boston, the RAC, Jewish Fund for Justice and PJA (now Bend the Arc), AVODAH, and AJWS) who as ‘volunteers’ met together and eventually (with Nathan Cummings Foundation support) formed the Jewish Social Justice Roundtable (2008) has now grown to over 70 organizations who consider ‘social justice’ as their primary organizational mission. Over the past 30 years since the NPS was published, the philanthropic community (and some federations) recognized that there were many different gateways to Jewish continuity and began (slowly) to extend their funding beyond the traditional legacy organizations. These gateways, I would suggest, have opened doors to engaging and welcoming in non-Jewish partners, LGBTQ Jews, women, and Jews of Color. They have embraced these groups in much more creative and inclusive ways than the broader “mainstream” Jewish community.

Unlike the 1990 NPS study, the Pew 2020 study does ask about gender and sexual orientation but fails to specifically include an option for those who identify as transgender or non-binary. It is unfortunate this was overlooked at a time when we know those groups are being unfairly targeted and discriminated against throughout our society. The study does find that about one in ten U.S. Jewish adults. identify as gay or lesbian (4%), or Bi-sexual (5%). 88% say they are straight with 1% saying they don’t know and 1% declining to answer the question. One of the most positive developments in our community over the past 30 years has been the welcoming of LGBTQ Jews and family members into our community. Again, Boston led the way early on by supporting the founding of KESHET which has transformed the Jewish community’s inclusion of LGBTQ Jews of all ages, but particularly teens and young adults.

The study does include a section on racial and ethnic diversity. It confirms the information from the Jews of Color Initiative (JOCI) and other groups that our Jewish community is growing more diverse. This is particularly significant for Jews 18-29, 15% of whom identified as non-white. Unfortunately, there is no data for ages 0-18 which would probably trend even higher. So, while only 8% of Jews over 30 identify as non-white, it is clear from the data where this trend is headed. As our community continues to embrace this “new” reality of our increasingly diverse community, it is important that established organizations grapple with how to change to welcome and engage this growing number of Jews who seek their rightful place as full contributing members of the “organized” Jewish community.

It is harder to discern from the data as presented what the divide is between males and females. Are there differences in the responses to questions about anti-Semitism, Israel, religion, intermarriage, politics, social justice etc. based on gender? Is it possible for women (as I would like to believe) have the best opportunity to cross the divide between the disparate parts of our community? Inclusivity and welcoming are particular attributes of women in our community who have long held the primary role in families for continuity. It may be women who, ultimately, are the ones who can lead the way in reaching out not only across political divides, but also across gender and racial identity, as well as between “Orthodox and non-Orthodox” and “religion” and “no religion”. As the former CEO of National Council of Women (NCJW), I would lift up the model created by its founder in 1893, Hannah G, Solomon, who famously said “We (women) must go into the community and do what our convictions demand.” Women were on the frontlines of most of our major social movements of the past century and women can certainly be looked to lead the Jewish community to address the challenges of this century.

Nancy K Kaufman is immediate past CEO of the National Council of Jewish Women (2010-2019); past Executive Director of JCRC of Greater Boston (1990-2010), founding board member of the Jewish Social Justice Roundtable and current board chair of the New York Jewish Agenda.