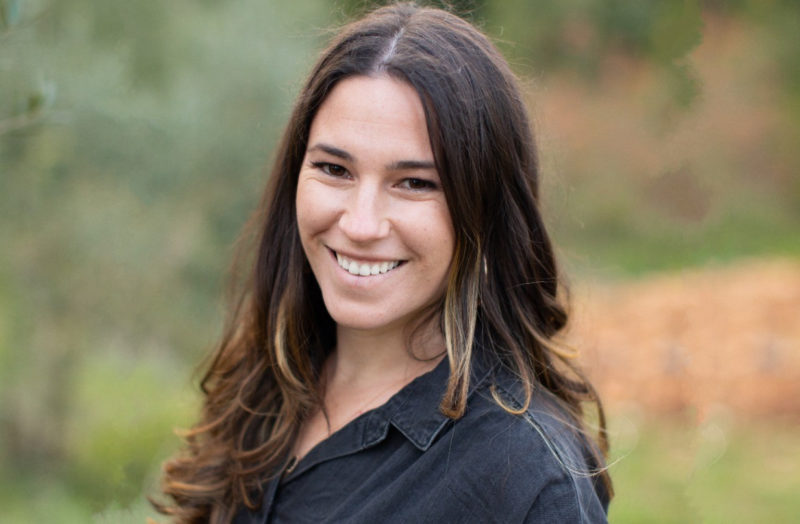 What do Jewish nonprofits need most to ensure their own stability and to develop their next generation of donors? To pay closer attention to how millennials give, and to encourage deeper connections between charities and nonprofits through technology and customization, according to Carly Friedman, the Jerusalem-based founder of MyTzedakah.com, a giving platform designed with younger generations in mind.

“Nonprofits in general, but I think specifically Jewish nonprofits, are just not set up to speak to or reach this next generation of givers,” she said. “They’re not trying to upgrade themselves in terms of their technologies and their ease of use, in terms of how they brand themselves and communicate their messaging, and also just in terms of who they are trying to connect with.”

The idea for the platform, which launched mid-2020, emerged from her own needs, Friedman said, and from growing up in a household where giving charity was “a huge value,” also aiming to better engage people in her generation in expressing their values through philanthropy

“I really felt like tzedakah was what made me who I am. But I also realized that I wasn’t really giving very intentionally or meaningfully or personally,” she said. Many of her donations were to Facebook friends requesting support for birthday or marathon fundraisers, “and it felt so unfulfilling, like it wasn’t doing anything for my soul.”

The MyTzedakah platform is fully customizable and nonprofits can be sorted by category — Jewish identity, special needs, women’s organizations, health organizations and others — that will help donors easily select a portfolio of causes for giving. The average donor gives about $180 to about six or seven charities, Friedman said.

“Nonprofits don’t have a lot of resources to be focusing on micro-donations and micro-givers,” Friedman said. “But my generation, the next generation, millennials, Gen Z, we’re the future of the Jewish community. And I think it’s time for Jewish nonprofits to start trying to communicate effectively with this generation.”

The generational divide isn’t just about age, per se, Friedman explained, but about what younger generations expect from their technology — speed, ease of use, automation — and how the right online tool can meet those needs and make giving easy.

“We don’t have a lot of time, we don’t want to whip out our credit cards over and over again, we don’t have checkbooks, we’re not going to galas or parlor meetings, we’re hard to get,” she said. “And even the most well-intentioned person simply forgets to give. So I built the platform really to help the next generation of Jewish philanthropists, to empower them by bridging that gap between flawless, great tech and meaningful tzedakah.”

Once a donor sets up a portfolio and links their credit card through Stripe, the company that facilitates payments, the monthly donations are automated. The platform builds its database of participating organizations through a variety of avenues: some organizations are requested by donors, while others learn about MyTzedakah and request to be added. The platform’s leadership team also conducts outreach to organizations that may be interested in being included. Donors benefit because their gifts are automatically withdrawn from their accounts every month, without them having to key in their credit card information each time; the nonprofit benefits from recurring monthly revenue, Friedman said.

“Our goal is to be like the marketplace for Jewish nonprofits,” she added. “We want to be the intersection between tzedakah and tech, so that any donor is able to see themselves in the charities that are there [on the site], and that any nonprofit can come on and feel like they have the features and all the tools that they need to reach new audiences effectively.”

As a  501(c)(3) organization, MyTzedakah.com provides donors with tax receipts for their donations, but leaves it to the individual charities and nonprofits to reach out and develop a relationship with those donors, whether they’ve given $18, $180 or $18,000. Organizations like ADI (an acronym for ability, diversity, and inclusion), which provides disability care and services for vulnerable people, and Jerusalem’s Yad L’Kashish, which sells products from local older artists, are serious about outreach, even to micro-donors, Friedman said.

“We think it’s really important, no matter how much money you’re giving, for you to be acknowledged for your donations,” she said, noting that these small donors are organizations’ future donor bases. “The more you are able to cultivate [donors] now, when they turn 50, 60 or 70 and they actually have more money to commit to you, they will be yours.”

And while larger organizations like Jewish federations and Hadassah are currently absent from the site, Friedman said that MyTzedakah can help them with their smaller donors and provide greater transparency for potential donors. The platform can also provide a more comprehensible plan so that donors have more control and better understand that their contributions are going to places that are in line with their ideological commitments.

Facebook integration is already an option, so users can see where their friends are giving. “Social incentives are super powerful at every age,” Friedman said, and “our goal is to build out a fully gamified experience where every action you do on the platform sharing — liking, sharing, following — will give you points and opportunities to get money added to your funds.”

Another opportunity to engage friends in giving on and off the platform is an upcoming Mishloach Manot project for Purim: any person can donate any amount to a friend to use on the platform and give to whatever charities they want to support, and MyTzedakah.com will match those dollars with a donation to a Matanat LaEvyonim (gifts to the poor) fund at Yad Eliezer, Israel’s largest poverty relief agencies.

Friedman also sees the platform’s users as ambassadors for the nonprofits on the site, and envisions that cohorts of MyTzedakah donors will have access to exclusive webinars with nonprofits on the platform and create relationships with other donors and experienced community professionals who can share challenges, expertise and advice and make them feel like they’re part of a team.

Friedman is a longtime veteran of the tech and nonprofit space, and living in Israel has given her the confidence to go “all in” on this project, she said. MyTzedakah’s board has been covering overhead and philanthropists have been sponsoring matching campaigns and other major resources, she added, noting that all who contributed to supporting the site are “philanthropists who are passionate about tzedakah and the Jewish community, and invested in knowing that when they are no longer able to support the nonprofits they love, there will be a new generation who can step up impactfully.”

She added that many influential Israeli tech figures have offered advice and stay in touch on her efforts to change the shape of what philanthropy means and what people think of when they hear the word “philanthropist.”

“People may have an image in their head of an old, bald man in their 70s, who’s sitting on all these boards, and giving hundreds of thousands of dollars and has their name written on hospitals or shuls. I want $10 donors to feel like philanthropists,” she said, adding that the feeling comes from “giving intentionally, meaningfully and personally.”

The custom of giving away 10% of income to charity should be transformative, she said. “We all need to be thinking of ourselves as philanthropists…we’re budgeting and we’re thinking about our finances. We need to be just as serious about the money that we’re keeping for ourselves and our family as we are about the money that we are giving away […] That’s really the essential reason why I built this platform; we want everyone to feel like their giving is the most transformative experience for them.”