‘Our hearts are broken’: A conversation with Osik Akselrud, the director of Hillel in Ukraine 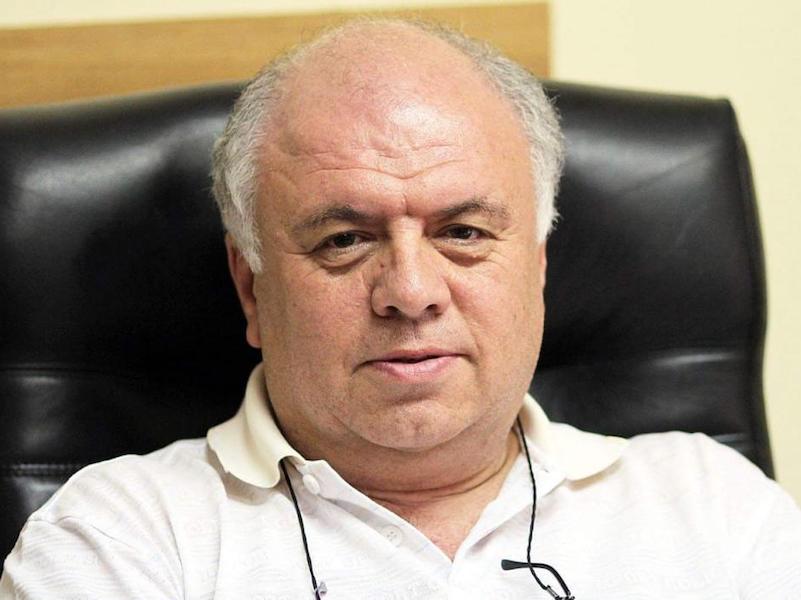 As of late February, Iosif “Osik” Akselrud, the regional director of Hillel in Central Asia and Southeastern Europe, was planning a 25th anniversary celebration for Hillel in Ukraine, to be held in Kyiv in May. The event had already been postponed once due to the pandemic, and he was excited for it to finally happen.

Now, Akselrud, 65, is holed up with his family in a hotel room in the western Ukrainian city of Lviv where, like many other internal Ukrainian refugees, he fled to escape the Russian invasion. Instead of planning a party, he’s dealing with the aftermath of a Russian bomb that destroyed the Hillel chapter’s building in Kharkiv, as Hillel participants across the country go off to fight.

Akselrud spoke with eJewishPhilanthropy on Wednesday about what he’s doing to help the 4,000 students involved in the country’s six Hillel branches, his feelings regarding Ukrainian President Volodymyr Zelensky and whether he sees a future for Jews in Ukraine.

Questions and answers have been lightly edited for clarity.

eJewishPhilanthoropy: How are you feeling right now?

Osik Akselrud: I am in shock. I am in shock. I could imagine everything except this kind of situation. They are like Nazis. They attack civilian populations. I’m in western Ukraine, waiting for — I don’t know what.

What’s happened now, unfortunately, is that the only Hillel that can operate is in Lviv, and all of our students in Lviv, they are volunteering, they are helping people who moved from Kyiv, Kharkiv, Dnipro and Odessa. They’re working 24 hours a day, seven days a week.

How did you feel when you saw the bombing of the Hillel building in Kharkiv?

What are Hillel students across Ukraine doing now? Are you in touch with them?

Many of them are on territorial defense. They fight with the enemy. Most of the women, girls moved [away] with their families but I am in touch with all Hillel professionals… and our local directors stay in touch with the most active students. Some of them moved, some of them stayed in their homes.

[Women and children are allowed to leave Ukraine, but the government has barred men between the ages of 18 and 60 from leaving.]

Most of the [Hillel] professionals are women. The few men from our regional staff are using their personal cars to evacuate people.

Could you ever have imagined seeing those students join defense units?

I’m proud of them for [their] different kinds of activity — mostly volunteering. One of our girls in Kyiv, she’s a future doctor [medical student]. She spent 24 hours on territorial defense. She’s a medic. She said to me she’s spending there as many hours as she can survive.

I wish they spent time in a Jewish surrounding, celebrating Kabbalat Shabbat, helping the community, volunteering. But now they have to do this job.

How are you helping Hillel students?

We offer financial support. Most of them are volunteering now everywhere, together with [Jewish nonprofits such as] the JDC, together with Nativ. Hillel students help arrange transportation, they take care of people — most of these people are elders.

Are you expecting that you’ll have to do this for the next few months?

We hope it will finish much earlier. I don’t know. Unfortunately, this question is not for me, it’s for one guy in Moscow.

Do you see a future for Jews, and particularly young Jews, in Ukraine?

What would you want Jews outside Ukraine to know right now?

We want to survive, we want to win and we want to rebuild thhe Jewish community, to continue Jewish life.

How do you feel about Zelensky?

Are you proud that he’s Jewish?

(Akselrud also stressed repeatedly that he was grateful for support from several Jewish philanthropists and nonprofits, including the Charles and Lynn Schusterman Family Philanthropies, the American Jewish Joint Distribution Committee, Hillel International and the Genesis Philanthropy Group.)