I have to keep explaining to lots of people these days that I never thought of myself as a “Ukrainian Jew.” Jews in the Soviet Union were not Ukrainian or Russian or Georgian or Kazakh. We were just Jews.

When I was becoming a U.S. citizen, I was asked to put down my “Place of Birth” – to be recorded on my naturalization certificate and, consequently, on my passport. I was born and raised in the city of Odessa in the Soviet Union, the USSR (not the former Soviet Union, just the Soviet Union). The USSR was still very much a world power in 1988, despite [Andrei] Amalrik’s prediction in a famous book at the time (with an obvious homage to George Orwell), “will the Soviet Union Survive Until 1984?”

Nevertheless, I put down “Ukraine” as my place of birth. Ukraine, along with Belarus, did have its own seat and membership in the General Assembly of the United Nations while still being one of the Soviet Union’s 15 constituent republics. But my putting “Ukraine” down in my American citizenship document was a gesture of defiance of the legitimacy of the Soviet Union and of hope for the place I will always feel intimately connected to. I never quite thought of myself as a prophet but it turned out to be a pretty accurate prediction. At least until now. 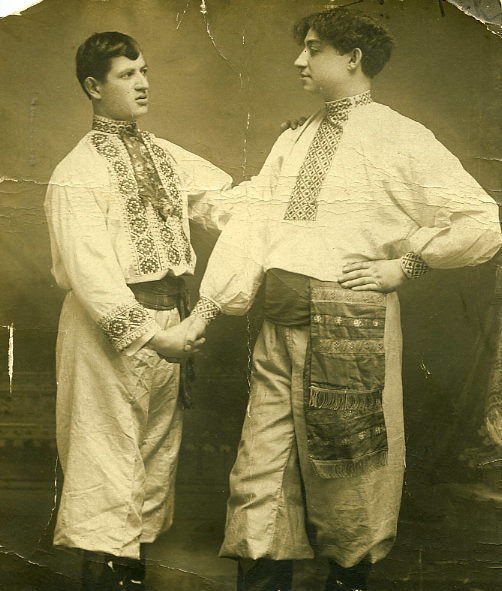 I have to keep explaining to lots of people these days that I never thought of myself as a “Ukrainian Jew.” Jews in the Soviet Union were not Ukrainian or Russian or Georgian or Kazakh. We were just Jews. That was not a religious identification but an ethnic one. It was termed a “nationality” – equivalent to “Russian,” “Ukrainian,” “Belorussian,” “Estonian,” “Tatar,” etc. It was the infamous “fifth line” in our Soviet passports and it was entered in all sorts of documents starting with elementary school rosters. But, once I came to the U.S., I was being referred to as a “Soviet Jew” or a “Russian Jew” or just as a “Russian.” We, Jewish refugees from the USSR, used to joke among ourselves that we were Jewish all our lives and became Russian when we got to America. We gave up our Soviet citizenship when emigrating (and paid through the nose for the privilege), but when I recently took part in the Kyiv Forum that celebrated 30 years of the establishment of Israel/Ukraine Diplomatic relations I mentioned that I would love to have Ukrainian citizenship in addition to my American one.

My family traces its roots to the town of Tomashpol in the Vinnitsa Oblast where my father’s family rabbinic tree was cut down with the murder of the entire family except for him in 1941, and to Germany where my mother’s family came from when the Russian Empire launched an experiment by creating the city of Odessa as a porto franco and welcomed all nationalities and religions to help build it, including Jews. My mother’s ancestors were physicians, engineers and teamsters – the very ones described in Isaac Babel’s “Odessa Stories.”

I have been back to Odessa and Kyiv a number of times in the past three decades since the break-up of the Soviet Union so lamented by Vladimir Putin. It seemed to me that it was a pretty good thing and that Ukraine was moving in the direction of democracy, freedoms and tolerance. In fact, Ukraine was grappling with its history of antisemitism and just passed a law criminalizing antisemitic actions as defined by the International Holocaust Remembrance Association’s (IHRA) working definition of antisemitism, joining 36 other countries that have done so already.

And now… my beloved Odessa, the beautiful Kyiv, the industrial Kharkiv are being bombed because a former KGB agent wants to turn back time not just to the Soviet era, but to the Russian Imperial ambitions which outlawed Ukrainian language and literature in the 19th century, which forbade Jews to live anywhere but the “pale of settlement,” which organized pogroms and perpetrated blood libel, which bombed and massacred the Georgians and the Armenians, and occupied the Baltics and Poland. This former KGB agent claims to be “de-nazifying” Ukraine – as he seeks to depose Ukraine’s fairly elected (by a large majority) Jewish president.

And the world seems powerless. Just like it was when Nazi Germany and Imperial Japan were making their first moves in the 1930s. And China is licking its lips looking at Taiwan. And look at who endorses Putin: Syria, Venezuela, Cuba. I guess the end of the Cold War and the fall of the Berlin Wall was not “the end of history” after all. I do hope that the democratic countries will take this seriously and understand how the polarization and partisan infighting serves the purposes of the authoritarian evil players like Putin and Xi. And that we won’t fulfill Lenin’s prophecy that we will sell them the very rope that they will hang us on…

Evil must be confronted and fought. You cannot “negotiate” with those who will do anything to get and maintain power. You can only stop and defeat them. I hope we have the courage and the wherewithal to do what’s right – for Ukraine’s sake and our own.