Making Overseas Agencies Relevant – Back to the Future

Wishing Dan Elbaum much luck in the challenges facing JAFI and the entire overseas cohort may not be enough. He alone, as his predecessors from overseas agencies have witnessed, cannot change the JFNA allocations system, as it suffers from an inability to reverse the precipitous decline in its support of overseas needs regardless of the intense variation of demand for funding. No matter the demand, the current amalgamated response to the price of funding overseas needs is; LESS is MORE – allocate less, promote overseas less, engage with overseas partners less, yet expect and promote even greater returns. Even with Dan’s impressive resume, he will need more than luck. 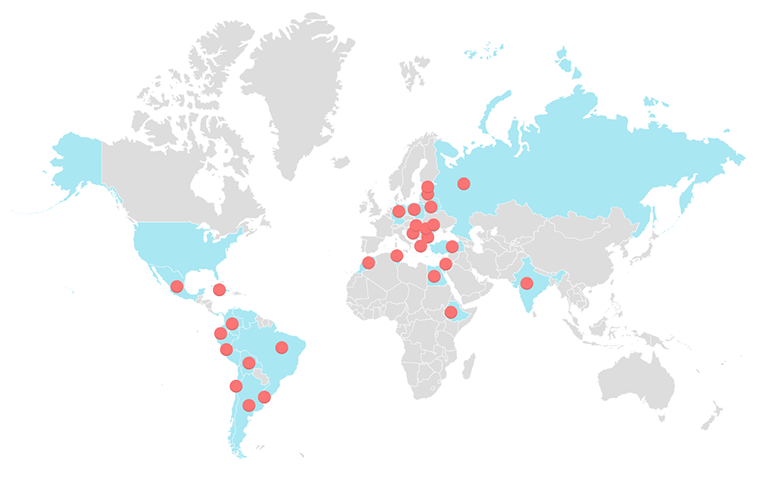 A look back – Prior to 1939 overseas agencies did their own fundraising in NA and around the world. Simultaneously, the Federation system was young yet growing along with American Jewry. Competition among overseas and NA agencies for funds was fierce. The loosely confederated system of nascent Federations had the answer – Consolidation. This would curb competition and donor despair from multiple appeals, increase efficiency and reduce overhead costs. So, in 1939, coordinate/consolidate overseas needs became an official gateway under the auspices of the United Jewish Appeal (UJA). The agreement galvanized fundraising for Israel and overseas between UJA and several venerated overseas agencies – JDC, ORT, JAFI. This effort also codified that no partner overseas agency would fundraise in NA. For many decades this was not only de facto, but successful. Overseas agencies did not employ a single fundraiser during this period although there was program support to show-and-tell what the needs and priorities where. All this was happening as the American Jewish community was beginning to understand the potential darkness that was growing in Germany.

A head on collision at the intersection of JFNA and overseas agencies has been picking up steam and on track for the last 30 years. The leading factors contributing to the pile-up: the amalgamated annual fundraising trendline (donors and funds) has been in a multi-decade decline while JFNA continues to handcuff overseas agency to the 1939 UJA/agreement. Is the 1939 UJA agreement still relevant and are the needs which gave rise to the agreement relevant today?

UJA built a movement that held high its devotion that we are all responsible for each other. The UJA tag line was – “WE ARE ONE.” Yet increased stress for funding Israel and overseas (now seemingly doing better on their own) only added to the pressure JFNA and Federations felt as the American Jewish community shifted to become more assimilated. So, in 1999, the cry rang out to coordinate/consolidate overseas needs (again). UJA would be absorbed and represented in a new gateway under the auspices of CJF>UJC>JFNA. Overseas was no longer the flag bearer of “we are one,” instead was now forced to wear a new label – “you are one of many.”

An organization’s first priority is to serve its mission. In order to execute its prime directive, it must survive.  In order to survive, the organization systematically looks at balancing its resources and obligations. By illustration, if this system was a tree suffering from a drought, management might cut branches (programs) in order to save the tree (organization). In this way, the tree will produce about the same level of nutrients to feed its smaller more manageable and efficient self. Cut branches that are the furthermost from the root and keep cutting until new sprouts can take over. The new sprouts will grow with less cost to maintain, less pressure to produce and less responsibility to provide shade given a shrinking footprint.

If we consider many trees, as in forest management, this action could save the forest and even encourage its health and growth. Thusly invigorated, all the trees in the forest would strengthen their symbiotic relationship through interconnected roots, water systems, fighting disease, shared earth, wind and sky.

The JFNA tree is no different. It has a financial, leadership and political symbiotic relationship with local, national and overseas agencies. Yet overseas; they are the forest we can barely see in the distance. Cut those branches. This action will permit the same level of funding to feed its smaller, more manageable and efficient self.

Future – Ever since UJA was marginalized through the fiction of consolidation with JFNA, its future was predetermined – the strength of JDC/JAFI/ORT lost. The fate or health of Israel will not be determined by JFNA, Federations or NA Jews as a whole.

Consider the impact of assimilation on Jewish foundations. Many major Jewish foundations, bulkheads of overseas support in the 50’s – 90’s, now run by 3rd or 4th generation family members give more to Save the Whales than Save the Jews.   Only 1/3 of intermarried families raise Jewish children. More than a quarter of young adult Jews don’t even need Israel to identity as Jews. That may be a rational motivating wealthy Jews, so they fund Birthright, Honeymoon, etc. Yet, in the aggregate it’s still chump change as a percentage of funds that flow elsewhere. As a group, American Jews are much wealthier today than 35 years ago with approximately 97% of the big money going to non-Jewish causes such as museums, universities, hospitals, etc. Certainly, that’s good for society yet in 2020, even larger sums flow into political campaigns. 15 of the wealthiest Jews in America gave $500 million to political campaigns. That’s about half of the total collective annual JFNA system-wide campaign results!

Society and organizations, like the economy ebbs and flows. As implied in the opening paragraph, the economic theory of elasticity of demand measures the variation of demand in response to price. Consider a rubber band, the more its stretched, causing increased pressure, the greater the likelihood of a retraction. Likewise, our society and organizations have been pulled to the extreme. Not even moderate adjustments can explain with certainty what society will all look like following the many consequential issues that we are facing. But one thing is certain – when the rubber band returns to normal, we reflect on the lessons that nearly caused it to break.  It did not break.

I hope and pray JFNA and its associated system will build a better more durable and resilient JAFI, JDC, ORT as organizations, countries and society follow. However, if JFNA cannot measure up to the task, then it should recognize the 1939 agreement is no longer relevant. If that agreement is no longer relevant, then what is JFNA’s role as the American Jewish pipeline of support for overseas needs?

As mentioned previously, an organization’s first priority is to serve its mission. In order to execute its prime directive, it must survive. It’s time for overseas agencies to assume full control of their destiny and test their relevancy. Allow them to compete vigorously in the marketplace of ideas, Zionism and the unity of the Jewish people; but they have to hurry.

Hopefully, the essential lesson of these volatile times, will further serve to strengthen our holy values, that we are all responsible for each other, in health (wear the dam mask), Jewish continuity and humankind.