Many of our kids are actually thriving

As the summer winds to a close, there are important lessons for us to take from summer camps. While the comments we’re hearing are anecdotal and not quantitative, we think they may be indicative of what we will see as our kids return to schools and other spaces. If nothing else, they can serve as opportunities for us to plan for the future. 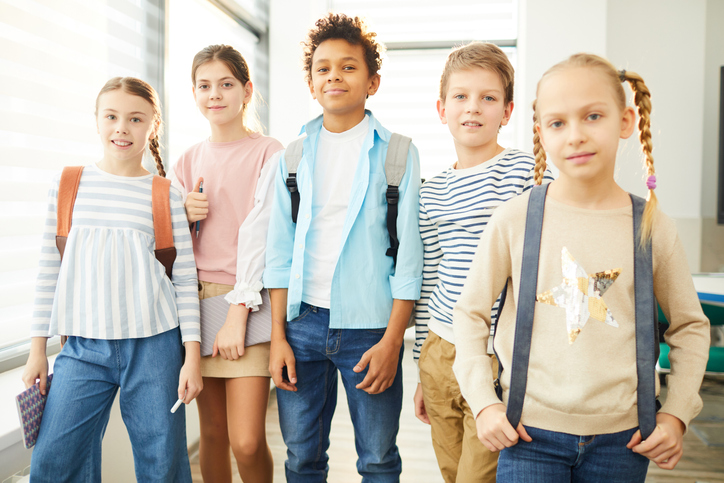 Our camp staff have worked so hard and they are spent. They have planned for summer 2021 for 20 months, wisely anticipating that campers and staff would be more tired, more needy, and more regressed. Many of them took the Youth Mental Health First Aid course. They provided moments for quiet, for spiritual questioning, for connection. They have held kids and each other. They have navigated uncharted waters. They, like teachers over the past 18 months, have given of themselves to the point of exhaustion. And the summer has been hard.

We have endured a year of powerlessness. We have been unable to control the worlds we inhabit. Driven by endless fears, many of us are desperate for a sense of control – and we are seeing this in our kids. Control can take many forms. Sometimes it even looks like being out of control!

Campers, camp staff and parents report an increase in both eating disorders and disordered eating. Our children’s relationship with food and with body image has suffered over the past 18 months, and they are expressing this in camp settings. There is increased anxiety, which can manifest as sleep disorders, suicidal thinking or actions, panic attacks or self-harm. There is emotional regression and decreased self-control. We are seeing increased incidents of both threatening physical harm and actual physical harm. And, while we don’t have solid numbers on this, we believe that more kids are being sent home. We are seeing deepened relationships between Jewish Family Service organizations and camps, which bodes well for future kids.

Another change we’re seeing, one that can be challenging for parents as the language and nuance develop quickly, is the increasing number of kids questioning their gender identities. While this is still anecdotal, whether they speak of themselves as trans or agender, queer or non-binary, there has been an increase in kids rejecting the gender assigned at birth.

Why? One way to understand this is that the privacy afforded by the pandemic has allowed kids – and adults – to stop pretending. Instead of trying to be what the world demands, instead of performing, instead of wearing the costumes of gender, many of our kids are figuring out who they actually are. If we’re home and somewhat hidden, we can wear what we want, and experiment with who we are, with less fear of embarrassment or reprisal. As Judith Talesnick at the Jewish Education Project points out, the expression “Gender is a social construct” presupposes social interaction.

Many of these behaviors are increasingly manifest in middle school kids. We might have expected that high schoolers would be having a rough time,but it seems that younger kids are truly suffering. Why is this happening? It seems at least likely that the ability to self-regulate, both behaviorally and emotionally, is developing in middle school. Younger children are externally regulated, by parents and teachers. Older kids have some skills at self-regulation, and turn to friend groups (who they may have seen in person, given their extra freedoms) for identity and behavioral input. Sarah Stone, a social worker who specializes in tweens and teens in Maryland (and my daughter) points out that middle schoolers, deprived of the input of both friends and teachers, turn to social media and other outlets that are essentially impersonal. They don’t learn about themselves. They learn who they should be, not who they are.

Again anecdotally, many of our kids are actually thriving. Without the pressures of school, appearance, after-school activities, and social expectations, they are calmer. Without the absurd wake-up times we impose on teens, they are less sleep-deprived. With greater family time, they are more grounded. Not all teens, but some. They have supported each other, gotten closer to family, deepened their self-knowledge and their values. How do we build on these nascent strengths? We should pay attention to these trends.

The big question, as we digest the information from camps, is what’s next? Let’s remember that we and our kids need calm, caring responses. Let’s remember that we are still in trauma. Trauma sensitive schools create and maintain a culture that prioritizes safety, trust, choice and collaboration. In a time of crisis or of recovery from crisis, they are more concerned with mental health than learning loss. Trauma-informed care tells us that we must:

REALIZE the widespread impact of trauma

INTEGRATE knowledge of trauma into our systems and

The behavior of our children must teach us that we are not able to “return” as though the trauma is in the past. During the month of Elul, we remember that it is our job to create a better self — not a previous self. We’re not going back. We are moving forward as changed people. The brave new world we create must take our mental health – and that of our students, children and colleagues – into account.

Betsy S. Stone, Ph.D., is a retired psychologist who currently teaches as an adjunct lecturer at HUC-JIR. Her classes include Human Development for Educators, The Spiritual Life-Cycle, Adolescent Development and Teens In and Out of Crisis. She is a regular contributor to eJewish Philanthropy.