The groups hope joining forces will allow them to improve relationships between nonprofit staff and boards. 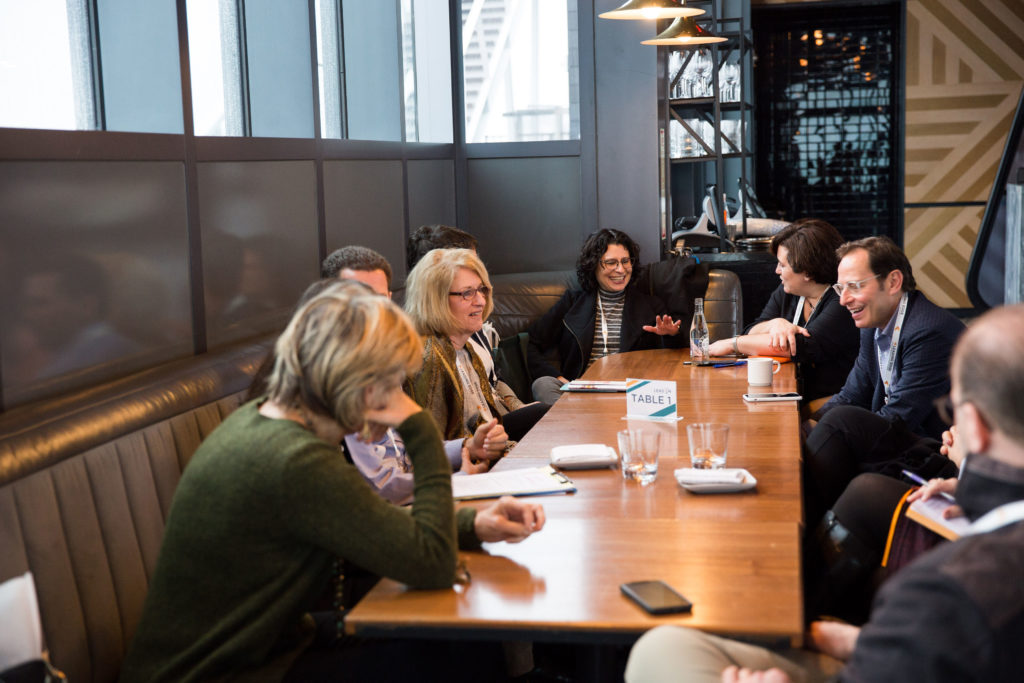 A Leading Edge program in Brooklyn in 2019.

The acquisition brings together two organizations whose missions were already aligned and whose leaders have been in close touch for years, both groups told eJP. They hope joining forces will allow them to help improve relationships between nonprofit staff and boards.

“When one is not in sync with another it can really lead to disastrous things,” Leading Edge President and CEO Gali Cooks told eJP. “When they actually are aligned, one plus one can equal three, and that’s what we want. Especially during the pandemic, what we saw was organizations that were aligned, that were very much in sync with professionals, were able to very quickly make decisions, pivot, really think about strategy.”

Leading Edge, which currently has 15 employees and a budget of approximately $5 million, will absorb Boardified’s three-and-a-half employees and $2.2 million budget when the acquisition occurs around a target date of June 30.

In addition to pooling resources, the groups hope to set an example for the Jewish nonprofit sector they serve. When the pandemic started and resources shrank, Jewish nonprofits began talking about mergers and acquisitions. While a lot of the expected consolidation didn’t happen due to an influx of emergency funding, Boardified founder Alicia Oberman told eJP she hopes to inspire other organizations to explore being acquired if it’s the best way to achieve their goals.

“We are super proud to be acquired,” Oberman told eJP. I think that in the for-profit world, we always look at acquisitions as a really positive thing, and when we use the word ‘acquisition’ in the nonprofit space, it’s like, ‘Oh, what’s going on?’ … This acquisition makes sense for the field. Our goal is to serve Jewish nonprofit communal organizations, and that’s bigger than any brand.”

Founded in 2014, Leading Edge is best known for its surveys of Jewish nonprofit staff and data on the sector’s workplace culture, as well as its leadership development program for new Jewish nonprofit executives. Boardified was founded in early 2020, is fiscally sponsored by the Jewish Funders Network and is best known for its leadership development program for board members, which has more than 170 alumni, as well as its assessments of boards’ effectiveness.

The groups had already been working together informally, with Cooks and Oberman in frequent contact and serving on each others’ advisory boards. They also have funders in common, including the Crown Family Philanthropies and the Walder Foundation which — like Boardified — are both based in the Chicago area. It was when Oberman and Cooks began discussing formal collaboration that both agreed acquisition was the best path forward.

“We were like, ‘Well, we could collaborate on programs, but in fact the highest and best use of our resources, both human and financial, would be for us to actually fully integrate,’” Oberman said. “It had been more of a thought partnership with [Cooks] and other people on her team, and then these more strategic conversations… really led to the fact that we should actually formally do this together.”

What “doing this together” means is still in formulation. The organizations are both going to continue to operate their own programs in the months following the acquisition. They did not detail new initiatives they will roll out after they combine, though Oberman said that each group has a separate program for board members and senior executives that will presumably join in some respect. “We’re taking a little bit of time to understand how all of this works together before we jump into super new things,” Oberman said.

But each group sees the other as filling a gap. Cooks said that for Leading Edge, the arrival of Boardified adds a piece to the puzzle of evaluating Jewish nonprofits’ governance and performance.

“In our first seven years, we’ve learned a great deal about all these different aspects of the professional workforce in the Jewish community. We don’t know almost anything about the board members serving,” Cooks said. “Who are these people? Why do they serve? What is that experience like? We hear the highlights and the lowlights. It’s caricatures. We don’t actually know, and Boardified knows a lot more.”