One of the hallmarks of Jewish tradition is its intense focus on debate and disagreement. This is so much the case that some have argued that Talmud is essentially an “anthology of arguments” and historical discourse is so prized and cherished in Jewish thought and history that Judaism has sometimes been called a “culture of argument.”

Unfortunately, it appears that the seminal import of civic discourse is being lost on many of the nation’s younger Jews – namely those currently enrolled in colleges and universities. A just-released survey from the Foundation for Individual Rights in Education (FIRE) captures the voices of over 37,000 students at 159 colleges and provides empirical insight into the current state of speech and expression on campus today. The picture is not good. The data shows that Jewish students are leading the charge to shut down the ideas of others. 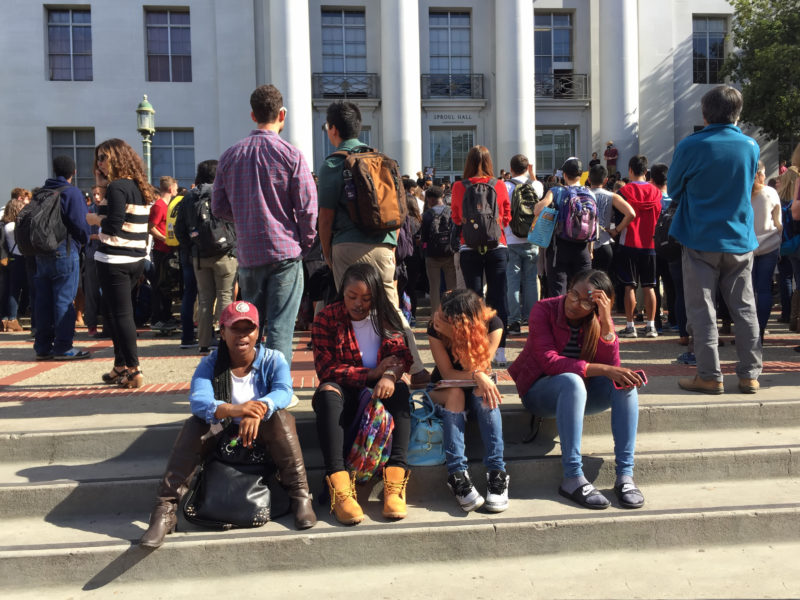 More specifically, the FIRE data shows a fairly strong overall inclination among students today to try to disrupt and shout down speakers when they visit campuses. A third of all students (33 percent) can think of situations where such behavior is sometimes or always acceptable, and another third can find cases when shouting down others is rarely acceptable, but nonetheless they still find it acceptable to try to silence speech. Among Jewish students, even more (40 percent) feel that there are sometimes or always cases when shouting down someone is acceptable. And almost three quarters of Jewish students find shouting down others acceptable to a degree a figure greater than Catholic and Protestant students where 60 percent are  open to shouting down speakers.

As for blocking other students from attending a campus speech and hearing potentially controversial ideas, 13 percent of students nationally can think of cases where such action could be sometimes or always acceptable. For Jewish students, greater numbers (18 percent) hold similar views. Nationally, as many as 40 percent say there are situations, despite how rare, in which such behavior is acceptable, as compared with even more (47 percent) of Jewish students. Two thirds of Jewish students — compared to just about half of students nationally –maintain that intimidation and attempts to block their classmates from hearing another’s view is justifiable.

Fortunately, Jewish students are not leading their campus communities down the path of violence which is an action that has been on the rise in recent years and almost a quarter (23 percent) of all students believe that violent acts could be justifiable to prevent speech. While this national figure is far too high, the number of Jewish students who feel the same way is almost identical so the Jewish community is not leading path toward violence.

These data collectively show that Jewish students are typically more open than others to the idea of shutting down speech and the dissemination of ideas. How are we to understand this troubling finding? We can begin with political identities. The data show that a majority of Jewish students (53 percent) identify as Democrats and two thirds of Independent leaners (67 percent) are included which significantly exceeds the national number. (38 percent)

Moreover, Democratic identifying and, by extension, liberal Jews frequently assert that social justice virtues and Tikun Olam (“repairing the world”) are their guiding principles; recent research has shown that almost sixty-percent of Jewish Americans (59 percent) maintain that working for justice and equality in society is an essential part of what being Jewish means to them. Among younger Gen Z and Millennial Jews, the data show that social justice work along with leading a moral and ethical life are essential to defining themselves as Jews and these attributes far exceed issues of caring about Israel, observing Jewish law, and being intellectually curious. Learning is apparently less important to many younger generations of Jews than protesting.

In short, many Jewish students think that they occupy a noble place on the front lines of cancel culture in the spirit of justice, but these progressive and woke impulses are misguided and ignore another equally important Jewish precept. Jewish students — and all students for that matter — must recognize that true equity and inclusion must include viewpoint diversity, respect for real and meaningful political differences and outlooks, and embracing a multitude of ideas, even if they make some members of the community uncomfortable. Social justice values are certainly important and a big part of Jewish thought but they do not override the virtues of argument and respecting viewpoint diversity and this lesson is clearly not reaching Jewish students today.

Both the Jewish community and system of higher education have long embraced the idea that a competition of ideas is foundational to a free and prosperous society. The Jewish community cannot lose sight of one its most unique and virtuous features. Instead of leading the charge to silence speech, our students should – in the spirit of Justice Brandeis – be doing just the opposite – demanding more speech and more ideas, not enforcing silence and cancelation.

Samuel J. Abrams is professor of politics at Sarah Lawrence College and a nonresident senior fellow at the American Enterprise Institute.