The hemorrhaging of Israeli sovereignty is not confined to Arab communities

The tragic death of forty-five Jewish worshippers on Mount Meron during the 2021 Lag B’Omer gathering was the result of many factors: political pressure to remove crowd restrictions, police incompetence, inadequate infrastructure. Nobody, it turned out, oversaw the event. Nobody—not the politicians nor the police—dared interfere in what has been essentially an ultra-Orthodox state-within-a-state that drains resources from Israel but gives nothing back in return; that provides minimal education to its young people and keeps them dependent on a leadership that sees itself as independent from, and more legitimate than, the democratically elected government. The ultimate tragedy of Meron was that it was symptomatic of a far more pervasion—and potentially existential—meltdown of Israeli sovereignty.

Sovereignty, as the dictionary defines it, is a “supreme and independent power or authority in government as possessed or claimed by a state.” According to that definition, Israel is not a sovereign nation. It does not exercise supreme power over large sections of its territory and major segments of its population. Rather, as I wrote in a 2007 Commentary article, “Israel is hemorrhaging sovereignty.” 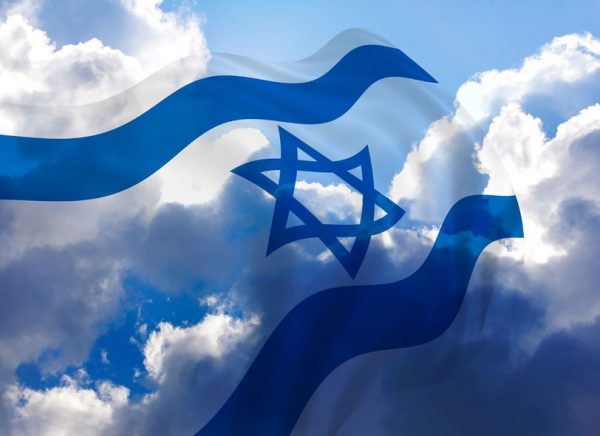 Take, for example, the Negev, accounting for 62% of Israel’s territory. The Bedouin population, once nomadic and now almost entirely sedentary, numbers roughly 230,000, double what it was in 2000. I lived in the Negev for five years and watched as the landscape literally disappeared beneath squatters. This natural increase, the world’s highest, is the result of advanced Israeli care and the virtual elimination of a once-notorious infant mortality rate. It is also the product of the polygamy practiced by 30% of Bedouin males. The tradition is radically anti-feminist and frequently cruel, with many wives purchased like chattel, forced to conduct hard labor, and bear seven children or more. With four wives, a Bedouin male need never work but only collect child subsidies from the government. For this reason, in 1977, the Knesset passed a bill outlawing polygamy and then, for the next forty years, ignored it.

By failing to apply its laws, Israel has not only eroded a once-overwhelming Jewish majority in the Negev but also undermined its long-term security. Nearly a third of all the Bedouin live in illegal villages—more than 80,000 structures—which Israel has done relatively little to demolish. Together with authorized towns and cities, these create an almost unbroken swath between Gaza and the Hebron hills, essentially bisecting the Negev.

Such a development would be sufficiently alarming without the twin processes of “Palestinization” and Islamic radicalism that have pervaded the Bedouin community. Taking advantage of Israeli indifference, both Hamas and the PLO have constructed mosques and madrassas throughout the Bedouin communities and provided the teachers, many of them Israeli Arabs from the north, who radicalize Bedouin youth. Thirty years ago, as a reservist serving in Hebron, I entered a Hamas-affiliated religious school only to find it crammed with Bedouin children from the Negev. When asked why they were studying there and not at home, the young boys replied that only there did they received proper schooling and food. It’s scarcely surprising that, according to the Internal Security Service, Bedouin involvement in terrorist attacks is rising sharply.

The solution lies in part with measures I’ve already recommended, among them better educating and integrating the Bedouin into Israeli society. Issuing far greater numbers of building permits for Bedouin will also help as will a national effort to develop the Negev and encourage Jews to move there (see below). But none of these efforts will succeed unless Israel first and forcibly exerts sovereignty over all its people and its land.

The failure to do so is glaring not only among the Bedouin of the south but also the Arabs of the north. It has long surpassed the Jewish population and in some areas, such as the Lower Galilee, by as much as 25%. Illegal land seizure and construction is rampant as is the depredation of livestock owned by Jews. As recently as 2019, a poll showed that a third of all Arab residents of the north—a third of country’s landmass—supported autonomy from the state.

The hemorrhaging of Israeli sovereignty is not confined to Arab communities, as we’ve seen, but is endemic to Israel’s relationship with its ultra-Orthodox communities. These Haredim, as they are known collectively, account for nearly 13% of Israel’s total population, and yet they pay less than a third of the taxes paid by other Israelis. With a Haredi birth rate almost twice that of secular Israelis—by 2048, half of all Israeli schoolchildren will be Haredi—that percentage is doomed to shrink. The country will become economically, if not technologically and militarily, unsustainable.

The state’s failure to assert its authority on the Mount Meron festival was adumbrated repeatedly during the Coronavirus crisis. Refusing to follow the government’s instructions for fighting the pandemic, obedient to their rabbis instead, thousands of Haredim gathered for prayer, weddings, Torah study, and funerals, rapidly infecting themselves as well as others outside their communities. The authorities hesitated to enforce the lockdown on Haredi institutions, with catastrophic results. Though some 60% of all Corona-related hospitalizations were Ultra-Orthodox, the entire nation had to be shut down. The cost to the state in terms of medical care and continued unemployment was incalculable. The cost in human life was criminal.

For Israel, becoming a truly sovereign state is not merely an aspiration but a matter of survival. Failure to apply our laws and extend our control over all areas and populations will inexorably lead to losing them.

Preoccupied with daily crises and lacking an effective framework, Israelis today rarely hold such discussions on sovereignty and other critical issues with philanthropists and other stakeholders. Needed is an initiative for assuring Israel’s future, and for forging the state we will leave to our children and grandchildren.

“Israel 2048” is precisely that initiative. Israel 2048 will provide a platform for Israelis from all backgrounds, for Diaspora Jews and especially for young people, enabling them to both share their views and be listened to. The objective will be to generate the grassroots awareness and activism necessary to effect vital change.  By talking today about our country’s tomorrow, Israel 2048 paves the way for our second triumphant century.

Ambassador Michael Oren is the founder of Israel 2048: The Second Century (R.A.) – a revolutionary effort to stimulate, promote, facilitate and disseminate a people-wide exchange of ideas on the future of Israel. Find out more at: info@israelin2048.com