The pandemic gave Mechnikov a chance to do direct service, and she hasn’t looked back 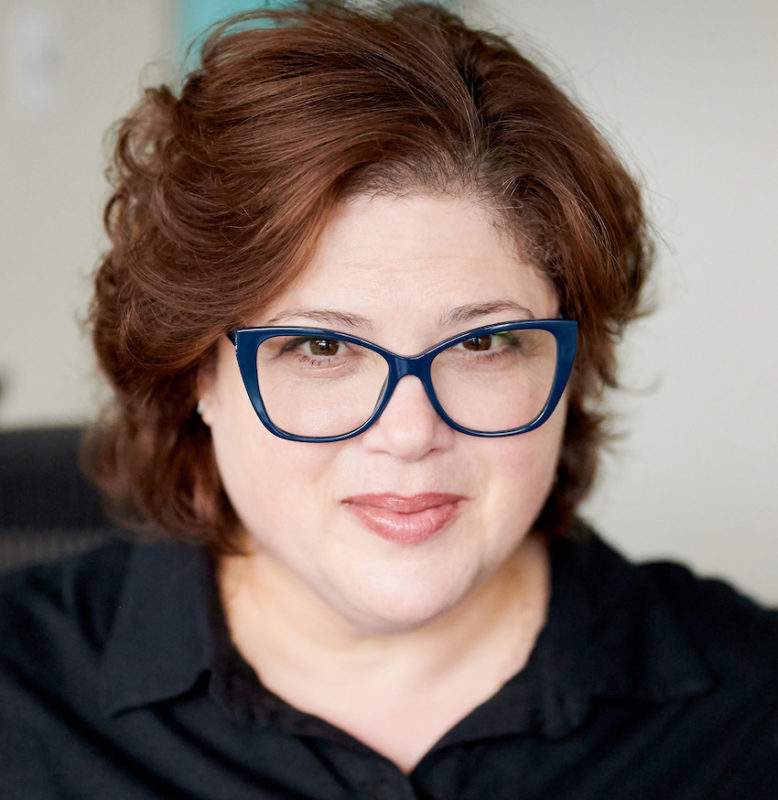 Daniella Mechnikov was a communications professional who longed to add meaning to her work by adding mission-driven nonprofits to her client list when she was hired as a consultant for Yad Ezra, a kosher food pantry in Berkley, Mich., a suburb of Detroit. Then the pandemic struck, and she volunteered to create the organization’s food delivery system — which led to her eventually becoming executive director, Mechnikov told eJewishPhilanthropy.

“I thought I would be helping with events, editing some stuff online, helping with messaging,” she said. “But they needed someone to do another role, and my work was quiet. I became very enmeshed.”

Founded in 1990 when the local Jewish community realized that Jews in their midst included people living in poverty and relying on government programs like food stamps, Yad Ezra offers only kosher products, Mechnikov said. The organization has a staff of six and a list of 400 volunteers, and provides about 2,500 individuals every month with food. It also offers kosher school lunch programs and financial assistance for life-cycle events. It has a farm on the grounds of a Catholic church that donated the land; volunteers run the farm and its produce goes to Yad Ezra clients.

The role Mechnikov was called to fill was a necessity born of the pandemic. Yad Ezra had been known as a “client choice” food pantry, in which those who needed food assistance visited a warehouse, picked out their groceries and took them home.

“It’s the most respectful way to do it,” Mechnikov said. “That was such a big part of our identity.”

The pandemic made it unsafe to gather in the warehouse, which meant Yad Ezra was forced to sacrifice the choice model for one in which staff packed boxes of food, identical but for the amounts, which were determined by the size of the recipient family. Volunteers delivered the packages, and Mechnikov was tasked with organizing the delivery operation, a complicated job that involved using spreadsheets to match hundreds of drivers with more than a thousand clients.

“The skill set that was required had very little to do with my recent use of my brain,” she said. “But we all connected as a team and it saved me, to have a purpose like that.”

Mechnikov grew up in the Detroit area. She attended the University of Michigan, in Ann Arbor, and as a young adult worked in Boston, where she met her husband. They returned to her childhood home to be near family while raising their own kids. Originally a Yiddish instructor at the University of Michigan and Brandeis University, she became a supplementary school administrator at various synagogues in the Detroit suburbs and then, 12 years ago, started a marketing company. She served a diverse clientele, including many local lawyers, whom she helped with websites, promotional materials, billboards and television advertising.

Now Mechnikov spends her days planning Yad Ezra’s annual fundraising event, updating the computer systems and software and getting to know the community’s leaders and donors — but she’s still deeply engaged in the nitty-gritty of the operations. While on the phone with eJewishPhilanthropy, she took a break to discuss the details of a rescue operation for Cholov Yisrael milk (produced under kosher supervision), which another Jewish food-assistance organization was supplying in excess. It involved reconciling staff and volunteer hours, asking for the help of yet another organization and making sure the rescued milk was refrigerated quickly enough that there was no possibility of spoilage.

“I said, ‘We’ll figure something out,’” Mechnikov said. “We’re not throwing out all of that milk. It’s Cholov Yisrael, it’s $5 a gallon.”

Mechnikov knew quickly that she wanted to commit to her work at Yad Ezra and was worried that there might not be work for her when the pandemic ended. She decided to let the longtime executive director, Lea Luger, know that she wanted to stay, and Luger said that she should — “somewhat cryptically,” Mechnikov says now.

What Mechnikov didn’t know at the time was that Luger was planning to retire and considering her a possible successor. Luger renounced her retirement after 28 years and Mechnikov, along with about 80 other people, applied for the job.

Mechnikov seemed like the best choice to David Jaffee, Yad Ezra’s director of operations. “Her performance during COVID-19 was nothing short of amazing,” he said, noting that the creation of the delivery system was a complex undertaking. “Her understanding of the community and her desire to help those in need were on display from the moment she walked in the door.”

Now Mechnikov’s big project is deciding when and how to reopen. As COVID-19 vaccines became more accessible, she became aware of some vaccine resistance in the communities Yad Ezra serves, and she began to worry about whether in-person food pickup would be completely safe.

To gather information, Yad Ezra surveyed the clientele and found that of the 70% who responded, half said they preferred to continue receiving deliveries, even though they had no say in the contents of the package.

The question of when and how Yad Ezra will resume in-person services is an open one, she said, adding that a shift to providing both deliveries and pick-up on the same day would necessitate a big transition in how the warehouse functions.

The people who want most to come back, she said, are the volunteers. She understands why they love being at Yad Ezra.

“I know it’s trendy for people to say have a blessed day, and I’m like, ‘enough already,’ but I really feel blessed,” she said.