As our communities recover and adapt to an ever-changing sense of normalcy, the Bay Area philanthropic community has come together to ensure the stability of our JCCs and enable them to continue their profound impact as a treasured community asset in our region and beyond.

In times of scarcity, we typically turn inward. The start of the pandemic, though, was anything but typical. Many Jewish organizations found themselves working and learning together through unprecedented times.

In the Jewish community of the San Francisco Bay Area, our collaboration went one step farther, toward financial interdependence among our six Jewish Community Centers (JCCs) and between JCCs and philanthropists. Our work saved our JCCs and propelled them into a new era. 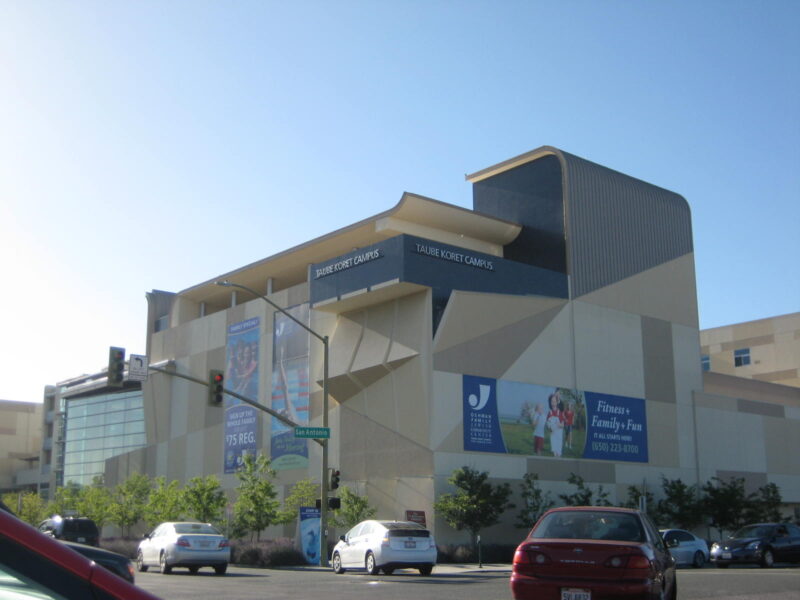 The JCCs’ financial losses were deeper than those sustained by any other local Jewish organizations. Before the pandemic, the agencies collectively served more than 4 million people each year, often in fee-for-service programs, with earned income comprising up to 80% of their budgets. They were forced to slash their budgets between 50% to 80%, lay off up to two-thirds of their staff and shutter popular programs. Bay Area Jewish community chatter questioned their very viability.

The JCCs found lifelines in JCRIF, the Jewish community’s national emergency response fund, and forgivable federal loans that kept their doors open from 2020 through 2021. Their own donors stepped up with some critical financial support. But when the government indicated that the federal loan program would come to an end, the six JCC leaders knew more would be needed.

They reached out to local funders, led by Taube Philanthropies and the Koum Family Foundation, and together created the Power in Partnership Fund (PIPF), a community-wide base of philanthropic support grounded in collaboration that helped rescue our JCCs when they needed it most. This collaborative effort, its success in producing support for the JCCs and also in creating efficiencies in their efforts, can serve as a blueprint for others.

“The result was not only a remarkable local achievement, but a model to be replicated in JCC communities from coast to coast,” notes Doron Krakow, CEO of PIPF’s national partner, JCC Association of North America, the umbrella organization for more than 170 JCCs, that became a close adviser to PIPF and offered pro bono administrative support. Four of its national board members hail from Bay Area JCCs.

PIPF has generated commitments totaling $10 million from a diverse group of 25 donors, including several who have never before supported a JCC or a Jewish community-wide initiative. Their gifts range from $5,000 to $3 million and every gift is allocated among the Bay Area JCCs based on their pre-Covid budgets. In the 2022 fiscal year, PIPF funds covered 66% of the JCCs’ 2022 budget shortfalls and will cover an estimated 44% of 2023 shortfalls.

Collaborative philanthropy is not new. In fact, this kind of collaboration is a mainstay of the grantmaking by PIPF co-leader Taube Philanthropies. What is unique about the Power In Partnership Fund is how seriously it takes its name: power in partnership. Working together, funders and JCCs structured the funding conditions for a win-win experience: funders who already gave regularly to one or more JCC agreed to make an additional unrestricted gift to PIPF, which could be leveraged to support all six JCCs. The JCCs determined the allocations they would each receive. JCC executives even shared their donor lists with the lead PIPF funders and with one another — an unprecedented move.

Funders were attracted by the fact that PIPF is an “aligned grants program” that funnels funds directly to each of the JCCs without an administration fee and fosters new relationships between the donors and the recipients that are continuing today.

Despite ongoing challenges, from summertime wildfires to new COVID variants, PIPF funding has helped JCCs improve their financial standing, staffing and membership. Compared to fiscal year 2021, 2022 budgets are up 41%, staffing is up 46% and memberships are up 46%. The PIPF funding was a bridge, keeping the agencies moving forward even in stark times. This also emphasized the importance to the JCCs’ future of private philanthropy. Rather than 80% of budget from earned revenue, the future is likely 60% — PIPF demonstrated to them that this is possible and gave them a foundation for further growth.

JCC leaders are now using PIPF funds to strengthen their core operations and Jewish programs, to plan new business strategies, and innovate for the future. Perhaps most importantly, PIPF helped change the narrative, from questioning the JCCs’ survival, to supporting their resilience and enjoying the multifaceted vitality they offer us.

As our communities recover and adapt to an ever-changing sense of normalcy, the Bay Area philanthropic community has come together to ensure the stability of our JCCs and enable them to continue their profound impact as a treasured community asset in our region and beyond. We believe this is a replicable effort — PIPF is setting a precedent for how Jewish communities all over the U.S. can preserve these gathering places that allow all people to build communal and civic relationships in a Jewish context. In the words of Zack Bodner, Palo Alto’s Oshman Family JCC CEO, “The goal of the JCCs is not to create great JCCs, but to create great Jewish communities. If we do our jobs well, the whole Jewish ecosystem is stronger.”

Shana Penn is executive director of Taube Philanthropies, based in the San Francisco Bay Area.

Yana Kalika is executive director of the Koum Family Foundation, based in the San Francisco Bay Area.