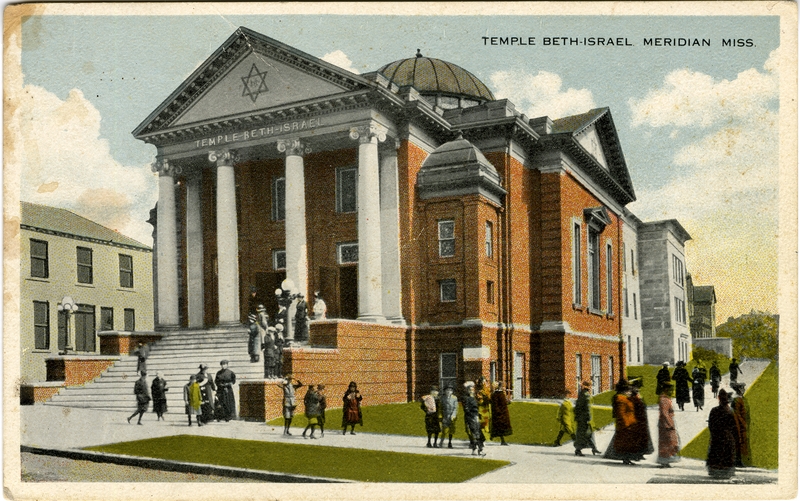 From Temple Beth Israel, Meridian, Miss. Sysid 92218. Scanned as tiff in 2008/08/13 by MDAH. Credit: Courtesy of the Mississippi Department of Archives and History

The Goldring/Woldenberg Institute of Southern Jewish Life will announce a strategic plan today that aims to make the organization’s operations more efficient and its mission easier to grasp, Beth Kander-Dauphin, director of communications, told eJewishPhilanthropy.

Founded in 1986 as the Museum of the Southern Jewish Experience, the organization expanded its mission and in 2000 to serve communities in 13 Southern states by preserving history and providing Jewish education and cultural programming. In May, the museum reopened as a separate entity in New Orleans.

In addition to the Goldring and Woldenberg families, supporters include the Stanford and Joan Alexander Foundation, the Elaine and Emanuel Crystal Charitable Fund and the Zadeck Family. The M.B. & Edna Zale Foundation funded the listening tour.

Over the years, Kander-Dauphin said, the institute grew in response to the needs of the communities it was serving, but it started to get questions from funders about its sustainability. “It’s been a grassroots organization, but it was a tough elevator pitch,” she said.

The plan announces a shift from six departments to three service areas — culture, education and spirituality — and a reduction in staff from 24 full-time positions to 18 due to the decision not to renew some term-limited positions. The institute has also moved within Jackson, Miss., from offices to a space within Beth Israel Congregation.

A task force consisting of CEO Michele Schipper, two board members and two staff people created the plan with input from other staff, from at least one focus group in each of the 13 states the institute serves and from the results of a survey completed by 200 people.