Where the money goes

In so many ways, 2021 seemed like a year of transition — particularly as many hinted at cautious optimism emerging from the COVID crisis, and a return to more long-term strategic giving versus short term emergency funding.

Each year, Giving USA, the annual report of philanthropy, offers a picture of current trends in the philanthropic marketplace, with a window into what is to come. In so many ways, 2021 seemed like a year of transition — particularly as many hinted at cautious optimism emerging from the COVID crisis, and a return to more long-term strategic giving versus short term emergency funding. The good news is, despite, or perhaps because of, recent upheavals, giving in 2021 increased by 4% overall (remaining relatively flat with a change of -0.7% adjusted for inflation.)

One trend that received much attention over the last several years, especially in the wake of COVID affecting the operational budgets of many organizations, and a legacy of the Great Recession of 2008-2009, was the notion of mergers for efficiency, to counter overlapping and competing missions and to integrate operations. However, while this may have been upon the lips of many, the data does not support that it was acted upon at the same level. In 2020 there were close to 650,000 more 501(c)(3)s than in 2019 — an upward trend that has continued since 2013. 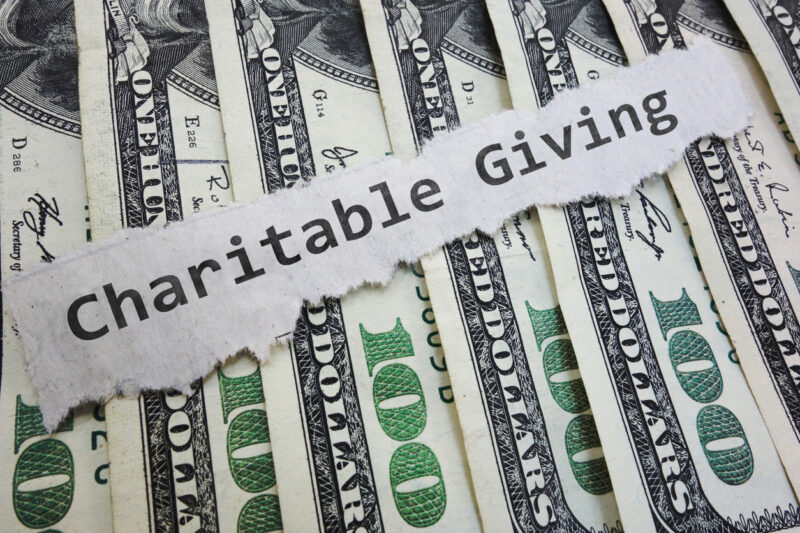 Throughout the report, the theme of “generational transfer” continues to whisper around the edges of much of the data. This is not your parents’ or grandparents’ philanthropy — quite literally! As wealth shifts to new generations, giving trends shift accordingly. This is particularly evident in a few areas:

While giving to religious causes and institutions still maintains its place as the largest piece of the pie at 29%, this is but one half of what we saw 20 years ago, when this category enjoyed 58% of overall charitable giving. This shift reflects the largest change by far of any giving category over this period. While the change has not been as extreme over the past two years, as giving to faith-based institutions and organizations increased slightly in current dollars, it has, when adjusting for inflation, stayed relatively flat.

Returning to the generational transfer theme, religious organizations were often first priorities and obligations for Baby Boomers and the Post-WWII generation before them. That is simply not true for the younger generations, including GenXers who are quickly emerging as leaders and major donors, as impact often outweighs brand or organizational loyalty. In addition, the secularization of American society — decreasing affiliation and observance — has further distanced many from supporting faith-based organizations that they perceive to no longer play central roles in their everyday lives.

The Continued Expansion of Foundations and the Impact of Donor Advised Funds: One area that has increased steadily, including over 10% (adjusted for inflation) over the past two years, is giving to foundations. Although the report does not further break down giving in this sector, and it is often harder to track, we know that the upward trend in the creation and use of Donor Advised Funds (DAFs) has continued.

Giving by foundations has increased significantly, up by 13% from 2019-21, and it is accompanied by a rise of giving to foundations by individuals who are essentially shifting the wealth from one tool to another. The family foundation in particular, as it has become far more prevalent, has stayed present and accounted for in the marketplace with its required annual distribution of 5% of its assets. This accounts for much of the shift from giving by individuals to giving by foundations.

Donor Advised Funds have clear tax advantages for donors, and they are less regulated than other foundations. As noted, a “traditional” foundation is required to allocate a certain percentage of its asset each year, while donor advised funds can sit fallow. This also helps provide an explanation as to why individual giving has decreased from 81%-69% over the past 20 years.

As more donors establish DAFs, their giving runs through the funds instead of individual gifts, thereby creating a marketplace that is more opaque and less transparent. That said, much of the data on giving through DAFs indicates that donors using them remain largely committed to maintaining their levels of philanthropy.

In a paper posted in philanthropyroundtable.org, Elizabeth McGuigan suggests that the use of DAFs provides donors, especially major donors, with more options regarding their giving. She writes:

The difference is that DAFS are harder to monitor and to measure impact. There are already attempts to change that. We suspect that in the coming years those attempts will continue.

These are but a few of the takeaways that we found as we reviewed Giving USA 2021. We encourage every organizational professional who is somehow involved in philanthropy at any level to take advantage of this amazing resource. In this hyper-competitive and increasingly chaotic marketplace, the most educated leaders and decision makers will be best positioned to achieve success.

We look forward to hearing from our friends throughout the philanthropic and nonprofit world about their experiences.

Avrum Lapin is president of The Lapin Group, LLC, based in Jenkintown, Pennsylvania, a full-service fundraising and management consulting firm for leading nonprofits. The Lapin Group is a member of The Giving Institute, and Avrum serves on its board. Avrum also served for several years as a member of Giving USA’s editorial review board. For a full bio, please visit the TLG website here.