The Daf is the new black. Everyone is in it now, writing in Tablet, posting on Facebook, meme-ing it, podcasting it — you name it. Who knew that Talmud — often esoteric, frequently pedantic and periodically very complicated for the 2021 mindset — would have the resurgence it is currently enjoying? Not me. Once the exclusive purview of the yeshiva student, now thanks to Sefaria, Koren and Artscroll, it is totally up for grabs and accessible to all.

A quick recap of the basics. Daf Yomi is the rigorous practice of studying a page, two sides, of Talmud each day. It was officially proposed by Rabbi Meir Shapira at the First World Congress of Agudath Israel in 1923. He envisioned an endeavor that would bring unity — he said then, 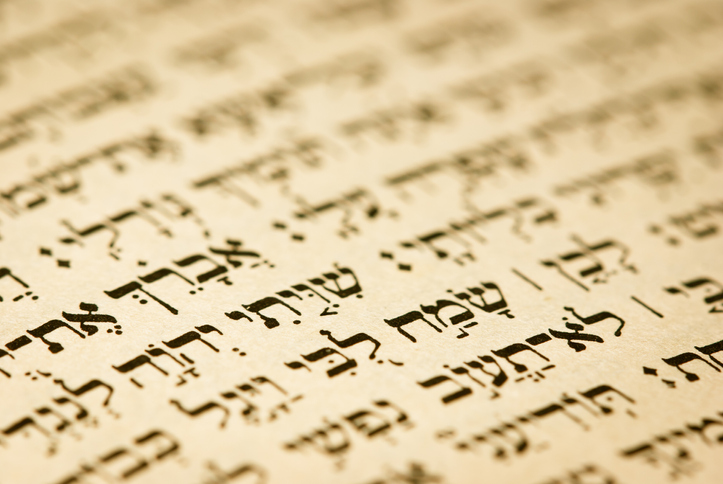 What a great thing! A Jew travels by boat and takes gemara Berachot under his arm. He travels for 15 days from Eretz Yisrael to America, and each day he learns the Daf. When he arrives in America, he enters a beis midrash [study hall] in New York and finds Jews learning the very same Daf that he studied on that day, and he gladly joins them. Another Jew leaves the U.S. and travels to Brazil or Japan, and he first goes to the beis medrash, where he finds everyone learning the same daf that he himself learned that day. Could there be greater unity of hearts than this?‘’

With 2711 pages to turn, the daily Daffer can also hope for erudition, strengthened skills and the bolstering of personal habituation.

Confession: I have had a somewhat conflicted tortured relationship with the Daf. A kind of Dr. Jekyll and Mr. Hyde set of behaviors. About twenty-five years ago the question was posed to me by my life partner, “what do you think about my teaching the daily Daf.” I, in my always cheerleading, super encouraging of all Jewish learning stances, responded with an abundance of enthusiasm. “Yes, you should! No question. It will be amazing. You will learn so much.” And he, in his standard role of — “are you sure it’s a huge commitment — every day and twice on Sunday?” I heartily responded unequivocally, yet again, “You must!”

Little did I know that barely a month into this seven-and-a-half-year commitment I would be already ruing the day I said okay. In fact, I came to lovingly refer to this Daf engagement as the “cold-blooded-Daf.”

That Daf takes up a lot of time. There is the studying, the prep for teaching and then there is the teaching of it. And since it is a daily occurrence, well that is a lot. And because the responsibility weighs heavily – it needs to get done first thing in the morning. Even on Sundays. Like Sundays when you might want to take the family on, we-must-leave-early-Sunday-morning-outing. Everything is on hold until the Daf is done and prepared. That is how it became the cold-blooded Daf. It must get studied — no matter what. This went on for two cycles, 15 years. I made my peace with it and learned to plan accordingly.

The Daf slowly became part of the rhythm of family life. Every tractate’s completion would be celebrated with a festive meal and a dining room full of celebrants — students and spouses, and children. Eventually we all acclimated. I even became a rabid recruiter — “Try it, you’ll like it!” Our own children drifted in and out. It became a reliable dinner table topic — what was in the Daf today?

After seven years, the end of the first cycle was in sight. In January 2003, I became the grand organizer of that first communal Siyum, commemorating the historic completion of the whole Talmud. I remember my speech well. I bravely quoted the Talmud brachot that would usually cause great chagrin to feminists everywhere — myself included,

I meant every word of it. I had sacrificed and I had better be getting that reward.

Fast forward one more cycle of teaching and one cycle of solo learning – that Daf habit is hard to shake!  This go-around we are both at events continents apart, marking the completion of the most recent cycle, January 2020. I am in Jerusalem’s Benyanei HaUma at the first ever Women’s Daf Yomi Siyum sponsored by Hadran, founded in 2018, the only organization dedicated exclusively to inspiring and enabling Jewish women across the world to learn Talmud. This is history. Women studying the Daf. I had to go. It did not disappoint — over 3,300 women enthusiastic attendees — proud Daffers!  If Yentl could see us now!

Reality check — gushing notwithstanding — I was not taking this next cycle on. Who has the time for that?!

It stayed with me. I did a lot of soul-searching after that women’s siyum. On one hand, I was no stranger to Talmud study. Though my gender and age conspired to deny me Talmud study, I had grabbed the moment when Rabbi Soloveitchik dramatically taught a class in Talmud at Stern College, October 11, 1977. I launched a response across town at Touro College and presented a student petition to the women’s division dean. We received a new course, Talmud for women the next fall — I was the only student. And it was glorious. Perek Hamafkid. I am forever grateful to my teacher, Rabbi H. for his erudite, patient and gracious teaching. Forty years later and I am still in awe of his kindness. It was no small commitment.

Thirteen years later I was approached by a group of women to teach a Talmud class in Pittsburgh — this was a challenge that I anxiously embraced. Not barely a year later, we moved to Seattle and I was approached by a group of women in Seattle to do the same. It was absolutely the zeitgeist. Twenty-six years later we continue to meet every Thursday morning. We have studied Arvei Pesachim, all of Tractate Berachot, Perek Chelek, several sections of Bava Kamma and Bava Batra. Not a page a day — more like a paragraph or two a week.

And then COVID hit. The pandemic that changed the world. A friend mentioned to me that she had started this latest cycle of the Daf along with Hadran and was celebrating the end of Eruvin. Something clicked. And then the spirit moved me. I really don’t know what it was that finally shifted inside me to commit. But I did. I began doing the Daf. I was in it. If you cannot beat them — join them.

My morning begins with coffee and the Daf. The drive to school is now given over to listening to the “Hadran Daf” podcast given by the impressive Rabbanit Michelle Farber, innovator and founder of Hadran. And making it to page 118 in this tractate of Pesachim feels like I am in it to win it!

Life in the Daf is good. The alignment with daily life continues to amaze and delight. The joy of the serendipitous colliding of other teachings, classes and the weekly Torah portion to the topic of the Daf is astounding. The daily references and relevancies that crop up a constant source of glee.

It is deeply satisfying covering material, becoming familiar with sages and expressions, joining a worldwide Jewish community of learners who post fervently and humorously on Facebook. Did Rabbi Shapiro have an idea of what he was launching — I am not sure — but it certainly has a magical staying power.  And you can be sure that I will be celebrating the upcoming completion of my first Daf Yomi Siyum, tractate Pesachim with a heart full of unabashed joy.

Rivy Poupko Kletenik is Head of School of the Seattle Hebrew Academy and a Daf Yomi Neophyte.