The Jewish world is ripe with bold, ambitious people who care about the Jewish future and have fresh ideas for how to build and revitalize it. Sometimes these ideas should be pursued in the private sector, and sometimes they should be pursued in the nonprofit sector. Either way, seamless collaboration between both sectors should occur all the time.

After reading Andrés Spokoiny’s address at Jewish Funders Network’s recent conference, I was inspired to know that I am not the only one who has been critical of the organized Jewish world.

“The challenge of our time,” Spokoiny began, quoting Bertrand Russell, “is how to be decisive in the face of uncertainty.” Being decisive is important. Following it up with consistent actions that align with such decisiveness — even if they are perceived to be unpopular or unconventional, and even if they seem to contradict past actions in our dynamic, rapidly changing world — is imperative. This is especially true when the Jewish world is facing what Spokoiny described as “a crisis of potentially devastating consequences” that requires “dramatic urgency.” 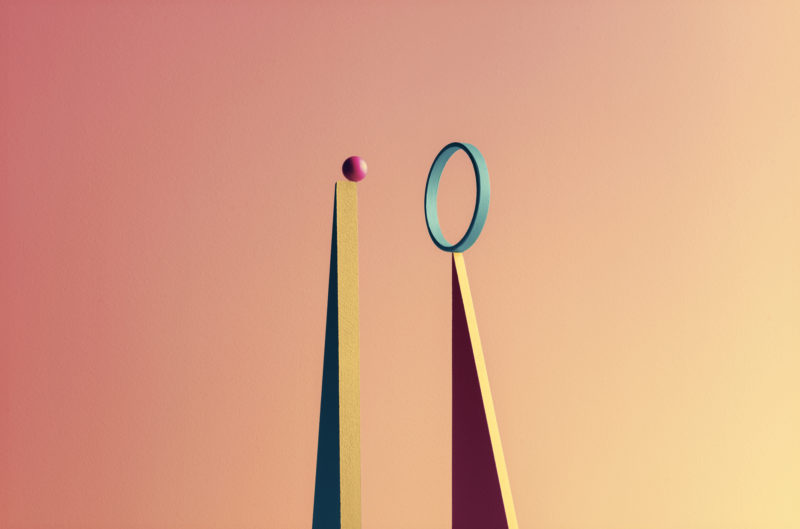 “Now is the time to challenge our limits instead of limiting our challenges,” he remarked. “Each of us can make a big difference and together, we can make the most ambitious dreams come true.”

Yet, where does someone with a bold, ambitious dream for the Jewish world go? Probably to the nonprofit sector, because it represents 99% of the organized Jewish world. The Jewish nonprofit world is integral as part of a bigger picture — more on this below — but it has also shown a decades-long propensity to be stuck in buzzwords, groupthink, bureaucracy, territorialism and vanity metrics. Unfortunately, these compounding habits have created a serious lack of consistently delivering remarkable experiences to constituents, meaningful and ongoing sharing and collaborating with other organizations, systematically incubating fresh ideas, taking calculated risks, giving younger generations a real seat at the table, measuring true impact and the list could go on.

Just about every nonprofit talks about engagement and Jewish identity, no matter what they actually do, hiding behind cliches rather than offering something truly innovative. “Are we willing to push ourselves to be bolder?” Spokoiny asked.

Looking around the Jewish nonprofit world, few signs point to the affirmative. We do know, however, that the two most successful (and only?) examples of true innovation in the Jewish world came from Jdate and Jswipe, both owned and operated by private companies. Why did they succeed? Because they, like every company, put the customer experience, the individual, front and center. What’s good for the customer is good for the organization, and vice versa. Happy customers continue to engage with the organization and tell their family and friends to do the same.

In the Jewish nonprofit world, however, the “singular focus” is on institutions, according to Amy Sales, formerly of Brandeis University. “When a community is organized around its institutions,” she wrote, “it is up to the individual to find his/her place and to figure out how to move from one experience to the next.”

But for now, this type of thinking is simply a fantasy, because we have no real for-profit leadership in the Jewish world. And nonprofit executives talk about “disruption” and “innovation” and “creativity” while resisting it at seemingly every turn. I know this because, at the end of 2021, I conducted a three-month research initiative called Global Jewish Future, in which I interviewed dozens of Jewish-world insiders across the globe and combed through the immense amount of related studies and research available on the internet. The more I learned about the organized Jewish world, the more disappointed I became. So little of its potential has been realized.

It doesn’t have to be this way. The Jewish world is ripe with bold, ambitious people who care about the Jewish future and have fresh ideas for how to build and revitalize it. Sometimes these ideas should be pursued in the private sector, and sometimes they should be pursued in the nonprofit sector. Either way, seamless collaboration between both sectors should occur all the time.

A healthy balance between both sectors would ensure that more fresh ideas come to life, at scale, which would in turn produce more Jewish engagement and pride, stronger Jewish identity, better relationships with our non-Jewish family, friends and communities and so forth. It would catalyze a shift away from total bureaucracy, toward more of a meritocracy — in the eyes of constituents and consumers, not just donors and bureaucrats. It would attract more of the Jewish People’s “best and brightest” to work for the Jewish cause, many of whom prefer to work in the private sector for a variety of reasons.

It would create business models and recurring revenue streams that can be used to grow and provide more great-paying jobs in the Jewish private sector, while simultaneously supporting our nonprofit friends. It would create an unprecedented treasure trove of zero- and first-party data that can be leveraged to make better, faster decisions, for the equal benefit of our constituents and organizations. And it would put the customer experience front and center, giving people a frictionless, enjoyable opportunity to move from one Jewish experience to the next, both online and offline.

The result will be a Jewish world that is truly designed for today and the future — experiences that excite a wider array of both Jewish and non-Jewish participants; inspire energetic engagement and action; connect seamlessly to other dimensions of Judaism, Jewish life and Israel; and evolve continuously to remain remarkably relevant and effective in our dynamic world.

Josh Hoffman is CEO of the Israeli-film platform IZZY.