Oded Goldreich, a professor and progressive activist, almost lost the prize. Now, his donation of his winnings to left-wing groups has renewed the controversy. 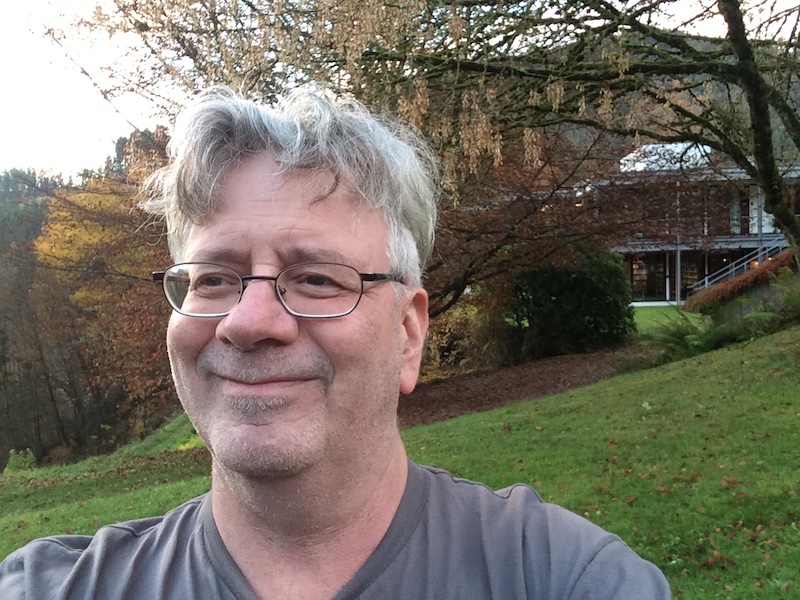 The Israel Prize, given annually to a collection of laureates in a state ceremony full of pomp and circumstance, is meant to unite the country in a celebration of the best in Israeli innovation and brain power. But this year and last, the prestigious prize became mired in politics.

The controversy surrounds the 2021 prize laureate in mathematics and computer science, Oded Goldreich, a professor in those fields at the Weizmann Institute of Science and an outspoken progressive who has, among other positions, advocated a European Union boycott of Ariel University, which is located in an Israeli West Bank settlement.

Former Israeli Education Minister Yoav Galant attempted to rescind the prize, claiming that Goldreich supports the Boycott, Divestment and Sanctions movement against Israel — a decision seconded by the current education minister, Yifat Shasha-Biton. Goldreich denies the charge, and after a yearlong court battle, Israel’s Supreme Court ruled in late March that Goldreich should be given the prize.

Galant did not respond to a request for comment.

Last month, Goldreich responded to his critics with his own political statement: He announced that he would donate all of his prize money – NIS 75,000 shekels, or roughly $21,750 — to five human rights organizations, including prominent left-wing groups.

Now, both Goldreich and his opponents are accusing each other of politicizing an honor that is given for achievement in fields ranging from math to Jewish studies, and was supposed to remain above the fray. Goldreich maintains that the political right created the controversy with its attempts to deny him the prize. Goldreich’s opponents say his decision to give the money to leftist organizations is itself a blatant political act.

In an interview with eJewishPhilanthropy, Goldreich acknowledged that part of what motivated his decision to donate to the progressive organizations was a desire to demonstrate his opposition to Israel’s right wing.

“I was driven into a political situation and I thought it appropriate to donate to these organizations in order to signal my commitment to my political positions, which are promoted by these organizations,” Goldreich told eJP. “The main issues for me in Israel are oppression and occupation… These are all organizations with a clear political agenda [on] the left side and I identify with them.”

Some in Israel counter that Goldreich’s decision is an insult to the prize.

“It is unfortunate that Professor Goldreich chose to spit into the well from which he and all of us drink,” attorney Shlomo Zwickler told eJP. Zwickler has been active in furthering causes associated with the Israeli right, such as expanding the City of David, a Jewish archaeological site in East Jerusalem. “The organizations that he chose to support undermine the very existence of Israel as a Jewish homeland and the safety and security of people living here.”

Zwickler feels that Goldreich’s donation was especially inappropriate because the professor’s work, which concerns computational complexity, is partially funded by the government that he’s protesting.

“There is something morally delinquent when someone chooses to utilize his position, which is scientific and enabled by the institution of the state, to support organizations that undermine the state,” he said.

The idea of donating prize money in Israel is nothing new. Every year, the $1 million Genesis Prize is awarded to a prominent (and often wealthy) Jewish individual — such as former New York City Mayor Michael Bloomberg, actor Natalie Portman or businessman Robert Kraft — who is expected to donate the prize to a cause they believe in, from women’s rights to combating antisemitism.

Israel Prize winners aren’t expected to give away their winnings, but at least one has and — like Goldreich — chose a left-wing group. In 2016, Hebrew University professor David Shulman, who studies Indian religion, donated his Israel Prize money to Ta’ayush, a group of Israeli activists he co-founded that engages in nonviolent protest on behalf of Palestinians in the South Hebron Hills. Opponents of the organization, which formed during the second intifada, see it as a fringe group.

Other past laureates have also drawn backlash. Professor Yeshayahu Leibowitz, known for his vehement criticism of Israel’s conduct in the West Bank, declined the prize in 1993 when then-Prime Minister Yitzhak Rabin threatened to boycott the ceremony. Last year, Rabbi Yaakov Ariel, who has made homophobic comments, received the prize despite objections, including from the person who presented it to him.

Some of the organizations Goldreich has given to have also attracted controversy. Breaking the Silence, which collects anonymous testimony from Israeli soldiers about their mistreatment of Palestinians, and conducts tours of the West Bank’s Palestinian areas, has been the target of punitive legislation from right-wing politicians. Another organization, B’Tselem, recently accused Israel of operating a “regime of apartheid.”

The other three organizations Goldreich donated to are Standing Together, an Arab-Jewish political movement; Kav LaOved, a workers’ rights organization; and Adalah, a Palestinian legal group. All five are grantees of the New Israel Fund, a left-wing organization that has itself attracted criticism from right-wing groups and politicians.

Goldreich has drawn some support from his fellow Israelis. After his decision became public, the professor said he received several hundred supportive emails, each of which he replied to individually. He claimed that more than 100 people stopped him on the street to tell him that he was doing the right thing.

A spokesman for B’Tselem, Dror Sadot, declined to comment on the politicization of the Israel Prize, and referred to a joint statement from all five groups about the donation from Goldreich, praising his “generosity and partnership” as well as his “determination to promote values of equality, democracy and human rights” despite politicians who oppose his ideology.

Pointing to the Genesis Prize, Gil Troy, a Zionist writer and McGill University history professor currently living in Jerusalem, said there was nothing wrong in principle with Goldreich donating his money. He added, though, that donating to political causes betrays the prize’s goal of strengthening the bonds of Israeli society.

“There is something lovely about taking a prize like the Genesis Prize and giving it to causes I never heard about,” he said.“Giving [prize money] to political causes like [Goldreich] did is, as my mother would say, ‘not classy.’ It does not help to build the kind of society we want that has room for civility and unity.”