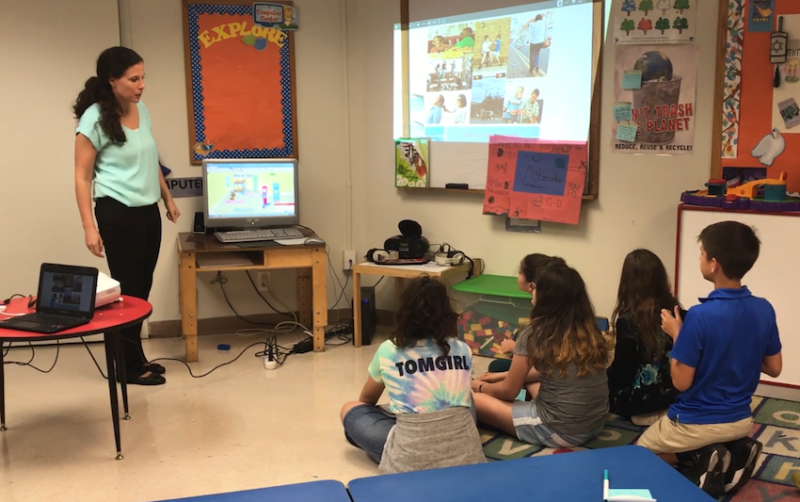 Researchers have in the past studied Jewish day schools and yeshiva teachers, as in the 2006 “Educators in Jewish Schools” study by the Jewish Education Service of North America. But the new study defines “educator” more broadly, as one who educates or “engages” in a Jewish setting, regardless of the subject taught or whether the educator identifies as Jewish. That definition captures more and newer educator roles, such as those who work in camps, youth groups and adult education programs.

CASJE also conducted a census, which counted 72,000 Jewish educators working in the United States in 2019. Other motivations for entering the profession included being inspired by family (45%) or an educator (33%), participating in Jewish camps (31%) and going to religious services (26%).

This latest report goes into more detail about one of those possible improvements, Levites said — the need to create new roles for educators who have advanced in their careers but don’t want to become administrators. The next three briefs will make more comparisons based on the different job categories, said Benjamin M. Jacobs, a professor at The George Washington University and co-chair of the CASJE Advisory Board.

Of the survey respondents, 40% were day school educators, 20% supplementary school educators, 20% early childhood educators, 10% experiential educators and the remainder in innovation/social justice organizations. They had been in the field between six and 30 years. The survey was conducted in eight communities whose selection was designed to represent a cross-section of Jewish communities by size and region: Austin, Texas; Boston; Chicago; Detroit; Las Vegas, Miami-Dade, Fla.; Nassau and Westchester Counties, N.Y., and the San Francisco Bay Area.

It would not be accurate to generalize from these findings to the entire field, Levites said, but CASJE also shares its findings with practitioners in order to make sure they’re viable and suitable to publish.

“Our mission at CASJE is to produce reliable and meaningful data that can guide decision-making,” Levites said. “We want to make sure that research-based knowledge has a seat at the table.”

General education has already provided a model for how Jewish education might create additional job descriptions, Levites said. In classroom education, the position might be called “teacher leader” — a person whose role could be to train other teachers; to create curriculum; or to track and import the latest advances in the field.

Many educators instinctively incorporate some of these tasks into their work, but additional skills, time, compensation and the appropriate title would help them become more effective and efficient.

It would also be necessary to make some adjustments in the school hierarchy, Levites said.

“This work is usually imagined as the responsibility of the senior executive,” she said. “Change is Jewish education tends to be top-down, but teachers need to be leading the way.”