Can Start-Up Nation save the bees? 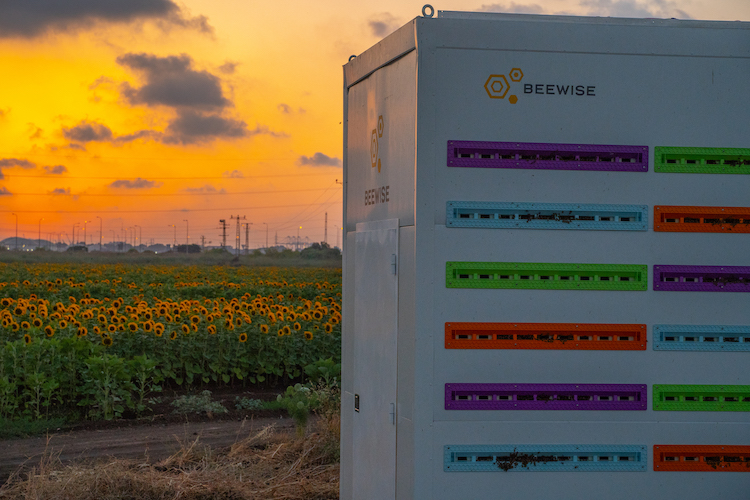 If you hail from the biblical Land of Milk and Honey, it might seem like the height of chutzpah to want to reengineer the beehive. But if you’re a savvy serial entrepreneur like Saar Safra, and you’re steeped in Israel’s start-up nation ethos, a better beehive may be a business sweet spot. “You walk in the streets here, and you see people everywhere building their next startup,” said Safra, CEO of Beewise, which makes robotic beehives powered by artificial intelligence. “The cost of failure is nonexistent. You go to work for one of the large corporations and get back to work on your next idea.”

That atmosphere inspired Safra to think outside the box.

Specifically, the wooden box that’s known as a beehive, and that hasn’t changed in 150 years. For most of that time, the box served its purpose — housing a colony of bees, which consists of a queen and up to 100,000 workers and drones. The United States Department of Agriculture puts the percentage of the world’s food supply that depends on pollination by insects or animals at a third, and states that the global numbers of such pollinators are declining due to habitat loss, diseases, paradise and contaminants.

These factors are behind “colony collapse disorder,” or the phenomenon that occurs when the majority of worker bees disappear, which beekeepers worldwide started to notice in the early 2000s. In some parts of the world the problem has become less severe, but in the United States, losses remain high.

The old-fashioned wooden beehive isn’t equal to these challenges, Safra said, which is why he ended up cofounding Beewise. Another reason: His wife informed him about five years ago that it was time, after almost two decades abroad, to move back to Israel, which left him between jobs.

Safra had lived in Seattle for most of his adult life and was entrenched in the city professionally and personally. He’d served as a board member of the Jewish Day School of Metropolitan Seattle. He’d cofounded Uprise, a fundraising platform focused on causes, not politicians, and worked for Microsoft when it acquired a digital advertising company where Safra had built a 30-person department. “I was plugged in,” he said. “Then I got to Israel and I saw how a country prioritizes startups.”

When he first arrived, however, he had no connections with which to restart his career, so he decided to do some pro-bono advising for early stage startups to start building a professional network. One of those startups had been founded by a beekeeper insistent that he could build a better beehive.

Safra quickly realized this was his next project, having already been involved in the building of five other companies.

“By company number six you have an idea of what you want to do,” he said. “This was the most important and impactful thing.”

He co-founded Beewise in 2018, and received early funding from both the government of Israel and the European Union.

“We started raising venture capital and didn’t need that funding anymore, but we were dependent on it,” he said.

Nonetheless, finding more funding is the most significant challenge for these companies, the report found.

Beewise now numbers 85 employees, with operations in California, where its 100 hives operate, and in the north of Israel, where the research and development happens.

What makes Beewise’s hives effective is their ability to ward off colony collapse disorder in real time, Safra said.

Each hive, which hosts 24 colonies, uses small cameras to diagnose problems, such as dangerous pesticides being sprayed outside, at which point its robotic elements close the hive’s vents.

Beewise’s colonies have seen 7.6% collapse in the past three years, a favorable outcome when the United States saw half of its colonies collapse in 2016 and a third in 2019.

The current version of the Beewise hive is the 19th, and it addresses 97% of the bees’ needs, Safra said, although more optimization and improvements are necessary.

Despite Beewise’s successes, the company “isn’t even close” to making a profit. It’s still backed by venture capital, and seeking more investment, as it did on Nov. 2, when Beewise and eight other Israeli companies presented at a climate innovation session sponsored by PLANETech at the United Nations Climate Change Conference that closes on Nov. 12 in Glasgow, Scotland.

“We are trying to be a profitable business, and to create profit for our shareholders, but if we’re successful we’ll help reverse colony collapse disorder,” he said.