Camp, just what the doctor ordered

As Jewish people, many of us are a minority where we live. We are used to fighting for both our own equality and advocating for treating all humans with love and respect, because that’s what our community and tradition have taught us. I was told by a mentor of mine years ago that “Nothing human is foreign to me.” We are all human, and our differences form a beautiful puzzle.

Growing up in Westchester County, N. Y., most of my friends were Jewish and went away to summer camp. My friends would come back from camp, and I would come back from the beach when the school year began. I would talk about how many fish I caught or my time working at the marina. My friends would talk about camp, the friends they made, color war and the connections to their camp family that they still have today. I certainly never felt deprived by any means, but I always wondered how they were so enamored by a place where they were apart from their families for weeks or months at a time.

Earlier this year, I was asked if I would be interested in being the camp doctor for a week at the Union for Reform Judaism’s Jacobs Camp in Mississippi. I can say as a gay, Jewish person from the Northeast, I thought this experiment might go quickly south. But with the incredibly long hours at my job as a pediatric heart transplant cardiologist wearing on my mental health, I felt that a break to practice a different type of medicine in a different environment might reignite my passion for practicing medicine. Don’t get me wrong, I love my job, but the stress of caring for very sick children, not to mention the constant battle against misinformation around the science of COVID-19, is exhausting. 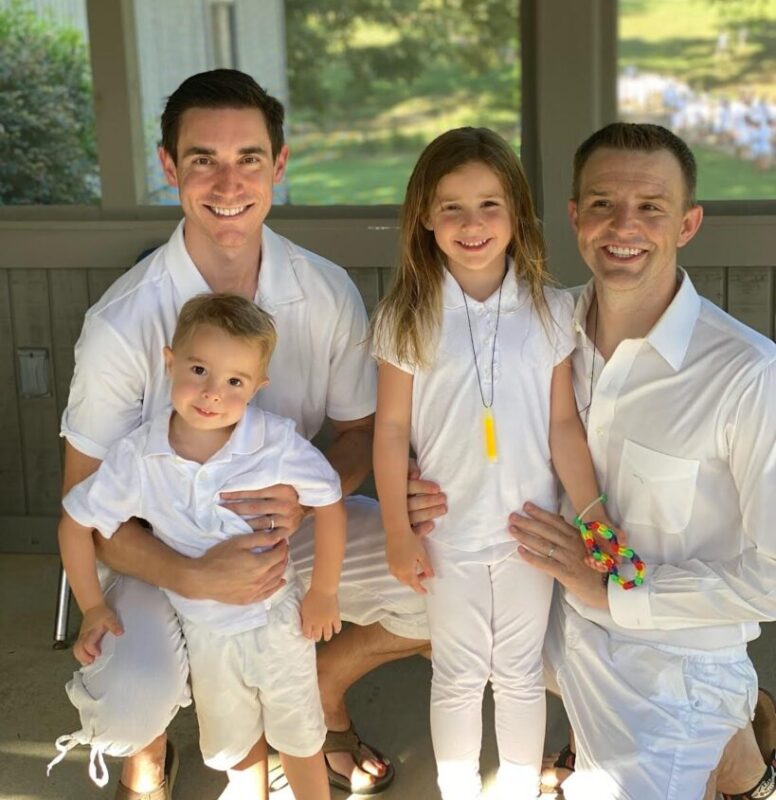 I showed up at Jacobs Camp excited, but also quite nervous. What would the atmosphere be like? Would I be trusted by parents whom I’ve never seen or met? Could I practice medicine just for the love of being a doctor? I was also quite nervous about being gay at a camp in the middle of Mississippi. I had the opportunity to be the camp doctor in the middle of Pride Month, but could I show my pride? Would I be accepted? My family was invited to come for the weekend, but how would people welcome my husband and children?

These answers became clear within hours of being at camp. We were busy, I mean really busy. One night I treated 25 campers and staff in a 4-hour period. The situation with COVID and other camp ailments was constantly evolving, but I couldn’t stop smiling. I had an incredible group of nurses in some tough times. At night, I would look out on the lake and admire the extraordinary. My passion for doing what I love re-exploded.

And something else magical happened. The health center team was invited to come to an all-staff meeting. After going over the usual business, Anna Herman, the camp director, started speaking about why we celebrate June as the month of Pride. She discussed the Stonewall Riots and the hardships that the LGBTQ+ community faced and continues to face and that at Jacobs Camp, without question, we love and support all. When she was done talking, I approached her and said, “I almost was going to ask you if you wanted me to say anything about Pride, but I didn’t know if it was appropriate.” She eagerly regained everyone’s attention and nudged me in front of the group.

I spoke about my trepidation about moving to New Orleans for medical school as a gay Jew from New York. I talked about my family and that when I came out, I was told I wouldn’t be able to have a family or become a doctor. I then had the staff look at my toes. (I know, a little weird.) I’m not one to paint my toenails usually, but the week before camp I painted them in a rainbow. As I was painting them, I felt a little uncomfortable, but I thought, “If one child, counselor-in-training, counselor, or staff member sees them, and it makes them feel just a little more at home, then it’s worth it.” As I walked from the circle, Anna brought out a large box of T-shirts, handed me the first one, and then gave one to every staff member. It was the Jacobs Camp logo in a rainbow. I was shocked.

I told the camp administration that what may have been a simple thing to them, would likely save a life. As the LGBTQ+ community has the highest rates of depression, anxiety and suicide, little acts of support go a long way. To send a signal to a child that they have a safe place here is everything.

As Jewish people, many of us are a minority where we live. We are used to fighting for both our own equality and advocating for treating all humans with love and respect, because that’s what our community and tradition have taught us. I was told by a mentor of mine years ago that “Nothing human is foreign to me.” We are all human, and our differences form a beautiful puzzle.

I am so thankful to have been asked to be a part of the URJ community. If I, as a grown adult, can benefit this much from a one-week experience working at Jewish camp, just imagine what this experience must mean to the thousands of campers and staff who attend summer after summer. Now I understand why my childhood friends still talk about their times at camp.