Everyone in the room

Beyond the frame, beyond the binary: A gender gap, a report and an untold story

Transgender, gender-nonconforming and nonbinary people are part of our workforce and part of the constituencies organizations serve.

Sometimes I look at famous paintings and wonder what’s just out of frame. Not just the classic question of who the “Mona Lisa” is smiling at, but what else is on the other side of the room? To paint a picture is to choose: Where do you draw the frame? Something is in — and everything else is out.

In the nonprofit world, most of us don’t paint. But we do tell stories, whether in the form of an annual report, an email newsletter, a slide presentation, a fundraising letter or an article like this one. And whenever we tell stories we make choices about what — and who — is inside the frame. 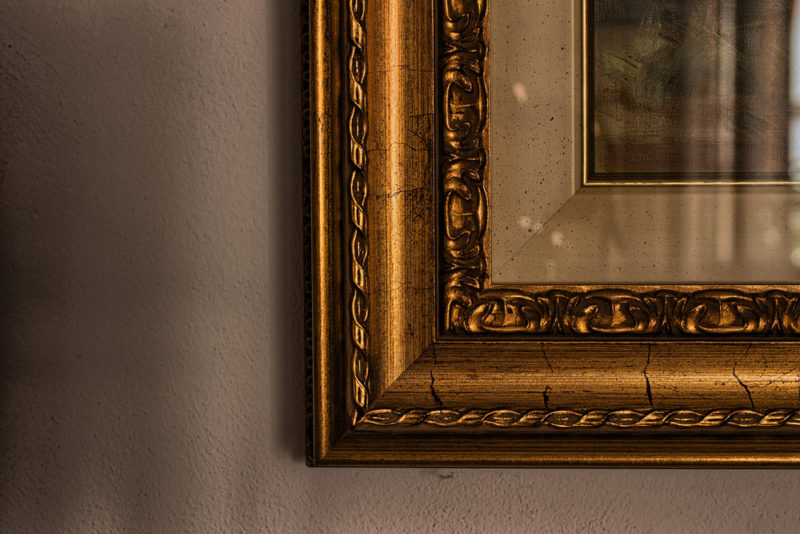 I want to tell you a story of a framing choice that was and remains formative for me.

In August 2021, Leading Edge (the organization I lead) released “The Gender Gap in Jewish Nonprofit Leadership: An Ecosystem View.” This report presents an 18-month research process into why cisgender men are still a majority of the field’s top leaders, especially among the organizations with the most resources. This is the case even though men are a distinct minority of the field’s workforce; of the more than 11,600  employees of Jewish nonprofits who took the 2021 Leading Edge Employee Experience Survey, just 20% identify as male, while 69% identify as female and 2% identify as nonbinary, genderqueer, or “prefer to self-identify.” We wanted to find out why the sector’s leadership is so imbalanced by gender relative to the sector’s people. Our research eventually found 71 interrelated causes of that gap and identified five of them as “keystones” — causes which, if they were solved, would drive the most progress on the whole group of 71 causes.

Our report focused on five keystones: what they are, how we determined them and how they can help our field move forward toward gender equity in leadership. That’s what we wanted to keep inside the frame, because that seemed to us to be the core message that could drive progress in the field. I made that call, because I wanted everyone with power in our field to be able — and willing — to hear it and act on it. This includes leaders, funders and other influencers in our sector who represent a broad range of viewpoints and backgrounds — including the full religious range from Orthodox to secular and the full ideological range from left to right. In order to maintain that focus on the keystones, we kept the story simple.

Too simple, perhaps. Because my decision erased a slice of the picture. A number of trans and nonbinary friends and colleagues reached out to me to say that they felt hurt by the way the report presented gender as a binary, without discussing the specific and unique experiences of transgender, gender-nonconforming, and nonbinary people in our community. They felt unseen and unvalued. They asked why we had made these decisions, knowing full well we had engaged 19 trans and nonbinary Jews in a series of listening sessions as part of the research precisely so that we could learn more about how gender — across the spectrum — manifested itself in leadership in the Jewish nonprofit sector.

I regret the decision to leave this outside of the frame. In a world where the simple fact of someone’s identity — being transgender, nonbinary, genderqueer — often gets automatically and unfairly tagged as being polarizing, I had wanted to keep things simple by focusing on the binary — man or woman. But that’s not the world we live in — or the Jewish community we need. The Jewish community needs vibrant, diverse leadership to thrive. Everyone working in our field will benefit from a situation in which every individual is free of the constraints of gender bias and gender barriers. That’s true for transgender, nonbinary and gender nonconforming people, but emphatically also true for cisgender women and men. To achieve that kind of freedom and justice, we must tap into all of our talent and potential. So I want to say now, to anyone who read the report and felt erased, unseen, or unvalued: I am sorry. I let you down, and I will work to do better.

As one very small part of that effort, I want to share some of what we left outside the frame.

During the course of our research, Leading Edge conducted peer-led listening sessions with groups that we felt had been underrepresented in the workshops, surveys and interviews that had informed the research thus far. And while we didn’t include these insights in the main body of the report (they are in a methodology appendix, accessible here), they did inform how we crafted the map of causes that informed our network analysis.

Among them were three peer-led listening sessions for transgender and nonbinary Jews, facilitated in partnership with Keshet. In inviting participants, we worked to include a range of participants, some of whom work in the Jewish nonprofit sector, some of whom have left the sector, and some of whom have not considered working in the sector. We wanted to understand the barriers transgender and nonbinary people perceive within our field that may be keeping them from joining it, thriving in it or advancing in it.

The participants in these listening sessions shared numerous insights with us, all of which are outlined in summary here. But I want to call special attention to four of them that particularly spoke to me:

These insights are painful and important to consider. Cisgender women are not the only people harmed by the biases, habits and structures that keep men disproportionately in charge of our institutions. Transgender, gender-nonconforming and nonbinary people are part of our workforce and part of the constituencies organizations serve. Leaders, boards, funders and professionals should all be concerned with ensuring that transgender, gender-nonconforming and nonbinary staff members feel fully included and valued at work — and right now, to the field’s detriment, that isn’t always the case — with our own report being, unfortunately, a case in point.

External data echoes and enriches much of what our listening session participants have told us. McKinsey has found, for example, that more than half of transgender employees say they are not comfortable being out at work. Fully two-thirds remain in the closet in professional interactions outside their own companies. Cisgender employees are paid better, even accounting for educational attainment. And employers are less likely to hire and promote trans people.

Of course, gender also intersects with other forms of identity. We also conducted listening sessions with Jews of Color, men (underrepresented among our research participants), Orthodox women, people with disabilities and women at different stages of their careers. Summaries of all their insights, along with those listed above from transgender and nonbinary people, can be found here.

In this era, we’re all learning together what and whom we often leave out of the frame, the impact of those choices, and trying to do better as time goes on. I appreciate the honest, direct and kind manner with which friends and colleagues reached out to me to engage in a dialogue about the impact of my framing choices around this report. They demonstrate a combination of honest feedback with kindness and connection, and both sides of that combination are vital to the task of effectively expanding the frames that encompass our community. It isn’t always comfortable or easy to break apart an old frame and construct a new one together, but the picture is always more beautiful, more fair and more powerful if it includes everyone in the room.

Gali Cooks is the founding president and chief executive officer of Leading Edge.