Antisemitism on campus is rising. We’re rising to confront it.

With hate crimes and antisemitic rhetoric on the rise, Hillel International is educating, training and supporting more than 1,000 student leaders recognizing and responding to antisemitism.

It’s indisputable: Around the world and across the country, antisemitism is on the rise. The Kanye West story and the unleashing of new antisemitic campaigns on Twitter are merely the most recent and most visible examples. But dozens of other recent incidents illustrate this disturbing trend, including college athletes texting antisemitic threats to their Jewish teammates and a professor gunned down because his alleged murderer believed he was part of a Jewish conspiracy.

Hate crimes targeting U.S. Jews last year reached their highest levels since the Anti-Defamation League started tracking antisemitism in 1979. And last year, Hillel tracked more than 500 instances of Jewish students and their campus institutions being subjected to antisemitic harassment, discrimination and attack — more than three times the number of incidents recorded when today’s seniors were starting college just a few years ago. This challenge is aggravated by the intense and ongoing demonization of Israel on many college campuses, targeting and marginalizing Jewish students, often regardless of their views about or relationships to Israel. 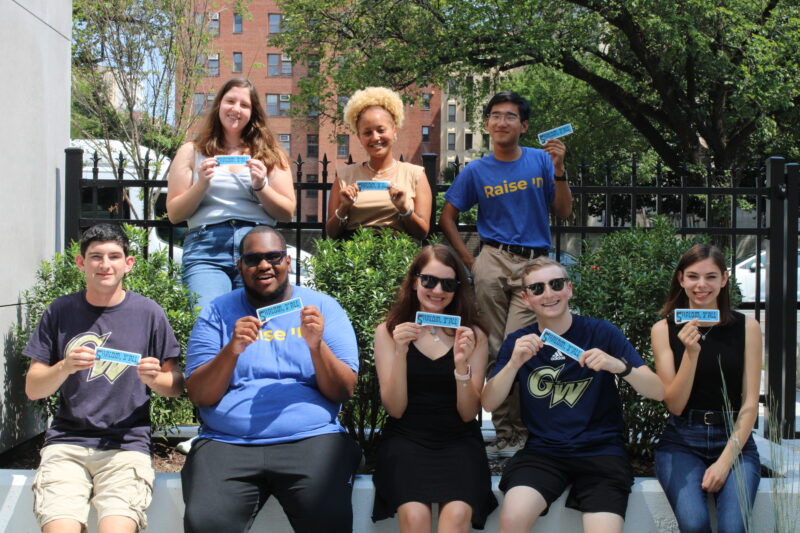 Jewish students gather at GW Hillel ahead of the High Holidays

The current spike in antisemitism demands a strong, sustained and strategic community response: That’s why Hillel and our many partners are aggressively countering campus antisemitism from every angle.

For starters, we operate from a core belief that the most important way to support Jewish students is by building strong, welcoming and vibrant Jewish student communities that empower students to loudly and proudly develop and express their Jewish identities without fear. And this part of the equation is working — we are on track for more students to participate in Jewish life and experiences through Hillel during the 2022-2023 academic year than at any time in our 100-year history.

But we also know that other interventions are required to address the unacceptable ways in which Jewish students encounter bias, discrimination, harassment or worse. University administrators play a fundamental role in establishing and governing campus climate, so we are rapidly expanding our Campus Climate Initiative (CCI) to provide higher education leaders with the knowledge and support they need to be stronger, more effective partners in countering the scourge of campus antisemitism.

To date, 40 major colleges and universities have joined CCI, committing to a year of intensive work that produces tangible changes to make their campuses safer and more welcoming for Jewish students. Through this work, universities are making it easier for Jewish students to report issues of bias and discrimination; incorporating antisemitism education into their diversity, equity and inclusion mandates and trainings; and responding more quickly and more forcefully when Jewish students experience marginalization and harassment.

Over the last year, we’ve also educated, trained and supported more than 1,000 student leaders in learning how to recognize and respond to antisemitism using a curriculum developed in partnership with the ADL, so that these student leaders can educate their peers, build relationships with allies from other communities across campus and self-advocate.

As the central convener of Jewish life on campus, Hillel also works in regular coordination with a wide range of Jewish community, campus and law enforcement partners who play complementary roles in helping to ensure the safety and security of Jewish students. A coordinated approach to when and how organizations intercede on behalf of Jewish students is essential. When outside organizations simply “parachute into” campus without understanding the local community or dynamics at play, their involvement can serve to undermine rather than advance the interests and experiences of Jewish students (like what resulted from the “Hitler truck” that appeared at UC Berkeley a few weeks ago).

The scope, diversity and intensity of our communal response on campus is important. And even more importantly, these efforts are yielding positive results.

For example, following participation in Hillel’s Campus Climate Initiative and its first-ever University Presidents Summit on Campus Antisemitism (co-convened by Hillel International, the American Jewish Committee and the American Council on Education), Tufts University developed a more assertive approach to addressing attacks on Jewish students. When Students for Justice in Palestine initiated an anti-normalization campaign against Tufts’ Jewish and Zionist student organizations, the Tufts administration issued a swift and strong rebuke.

When a student government organization at the University of Texas (UT) at Austin introduced a biased resolution that ostracized and targeted Jewish students, UT’s administration — a Hillel Campus Climate Initiative participant — unequivocally withdrew support from the student government organization’s legislation, and disallowed its use of the university’s name, image and intellectual property. As a result, the biased legislation was shelved and not pursued.

And just last week, Jewish students at Miami University in Ohio woke up to find that their Hillel’s sukkah had been overturned and vandalized. Local police quickly launched an investigation with the support of the university, and the three perpetrators confessed because Hillel security cameras had caught the entire incident on tape. These types of security features are critical, which is why in 2020, Hillel hired its first-ever director of safety and security to support campus Hillels in upgrading their building safety, security and preparedness.

When Hillel was founded 100 years ago at the University of Illinois Urbana-Champaign, one of its core roles was to provide a safe space for Jewish students facing antisemitism in so many other aspects of campus life. While, of course, it’s problematic that we still need to continue to play this role a century later, we can all take comfort in knowing that Hillel and others are aggressively tackling the challenge of campus antisemitism and that Jewish life on campus is thriving even as these challenges persist.

Adam Lehman is president and CEO of Hillel International.