‘Daily Giving’ donates a dollar a day on behalf of about 6,000 members 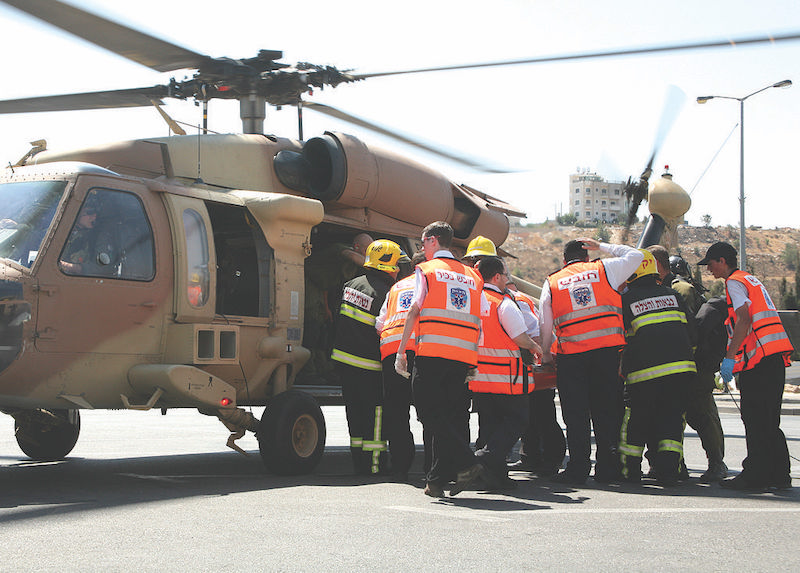 Avigdor’s Helping Hand is a charity that provides financial assistance to families that have lost a parent. It’s funded by individuals, and in the past two years has also begun to receive an infusion of cash about every 40 days from Daily Giving, a nonprofit that collects a dollar a day from its members.

“This is becoming a major support for us,” said Eli Glaser, the founder of Avigdor’s Helping Hand. “We can go ahead and feel comfortable, that if a call comes in today from a widow in Los Angeles or Phoenix or Chicago, we’re going to have the money for her. We can help other people, because Daily Giving is there for us.”

Based in White Plains, an inner suburb of New York City, Daily Giving is the brainchild of Jonathan Donath, a chiropractor, who conceived the idea while at synagogue in 2018. He put a dollar in the shul’s tzedakah box and felt the power of the mitzvah, or good deed, so deeply that he wondered if there was a way to make that feeling a regular part of his life. Back home, he sat down at his computer to try to find an organization to which he could give a dollar every day. Nothing like that seemed to exist, so he talked to friends and people he knew in the nonprofit world and decided to invent the crowdsourcing charity .

“What we’re creating here is the Jewish people’s virtual tzedakah box,” he said, referring to the small banks in which people collect change and small bills for charity.

Daily Giving has raised $3.5 million since it launched on Jan. 31, 2019. At the end of its first year, it had almost 1,000 participants; now it has almost 6,000, and recently experienced a surge of growth that will enable it to add 10 more recipients to the list in the next month, said Donath.

The group reflects two broader philanthropic trends: It’s a giving circle, in which a group of people amplify the impact of small amounts of money by coming together, and the donations are “unrestricted” because the recipients decide how to use the funds.

The organization Donath and his friends created doesn’t exactly take a dollar from each supporter every day, as credit card transaction fees would eat into the donation. Instead, Daily Giving charges supporters’ credit cards once a month or once a year, depending on the donor’s preference. But every day, it both makes a grant on a rotating basis to one of a roster of 42 charities — such as Avigdor’s Helping Hand; Sharsheret, the Teaneck, N.J.-based cancer education organization; and United Hatzalah, Israel’s volunteer emergency responder corps — and sends each donor an email, telling them which organization received the money. On Saturday, the emails go out at the close of  Shabbat.

In the early days, growth was slow, and Donath realized he would need community leaders to help him publicize Daily Giving.

“No one knew who we were. We needed to show that we were legitimate — that the money wasn’t going into my kids’ college fund,” he said.

Donath had heard a renowned rabbi and mohel, Paysach Krohn, praising another charity and asked him if he would do the same for Daily Giving. Krohn said he liked the concept, but that it needed a rabbinical council to help approve the beneficiaries. In addition to Krohn, Rabbis Moshe Tuvia Lieff of Agudath Israel Bais Binyomin; Hershel Schachter, Rosh Yeshiva of Rabbi Isaac Elchanan Theological Seminary of Yeshiva University; and Shmuel Greenberg of Young Israel of White Plains serve on the council.

The rabbis are all Orthodox, and most of the charities were started or are run by members of the Orthodox community, but many of them also serve other groups.

“I want to take this to all Jews,” Donath said. “I very much don’t want this to be pigeonholed as an Orthodox organization.”

When Daily Giving began, it gave to 36 organizations; by the end of June, that number will be 52, Donath said. Only organizations that spend a quarter of their expenses or less on administrative expenses are eligible for the funds, which is the standard Donath uses when deciding which charities he donates to personally. Daily Giving’s leaders also decided it would support only national or international organizations, but not local ones such as hospitals, schools or synagogues, because it wouldn’t be able to fairly decide between them.

“This is not instead of writing checks to specific charities,” Donath said. “It’s in addition to that.”

Leah Richeimer, the author of Marriage Secrets and the host of “The Ladies Talk Show” on the website Torah Anytime, said that Daily Giving operates as a kind of tzedakah safety net.

“My husband and I are very thoughtful about how we give to charity, but what if we’re missing somebody?” she said. “Daily Giving gives to such a breadth of charities. It just makes me feel like all our bases are covered.”

Daily Giving grew faster during the coronavirus pandemic than it might have otherwise, Donath said, because people weren’t going to synagogue or their children’s school, where they might receive reminders to give. Many became members of Daily Giving lest they forget to fulfill the religious obligation of charity.

“It’s ‘set it and forget it,’” Richeimer said. “Like those infomercials.”

On April 19, Richeimer hosted a “Women’s Power Hour” in support of Daily Giving on Facebook Live, which was attended by 10,000 people. During the two weeks leading up to the event, the number of participants in Daily Giving rose by 1,000.

As yet, Daily Giving has no overhead costs. Its staff members volunteer their time. Fees and expenses — such as the subscription for their email system — are paid by the staff, or by individual donors. A friend of Donath’s built the website, and the organization incorporated as a tax-exempt 501(c)3 organization.

Three new donors who serve on the boards of other major Jewish organizations have also recently started to support Daily Giving and promised to tell their friends about it, Donath said.

“When I talk to philanthropists, they are worried about the next generation,” Donath said. “The younger generation gets crowdfunding.”