A crowdfunding organization that has the recipient’s back 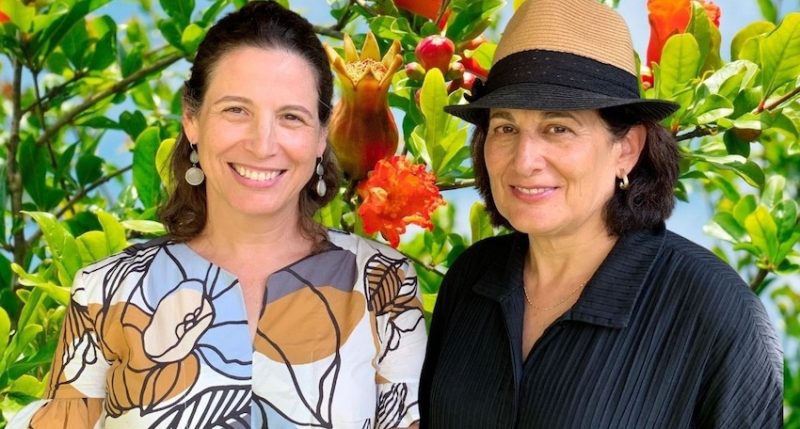 “Shiraz,” 25, lost her father when she was 8, and her mother works as a kindergarten assistant. The family has long struggled financially. Shiraz graduated from high school and completed a year of national service, a requirement for Israelis, but she has never been able to secure more than unskilled jobs to support herself and help her family. Now, she is taking a bookkeeping course while working at a supermarket to cover her expenses, and needs help to afford the course.

“There were so many crossroads where Shiraz could have fallen off the path,” concludes her story on the website of Ten Gav, an Israeli crowdfunding platform that enables donors to give directly to individuals who have a specific need. “If she could get help covering her tuition, she would be well on her way to fulfilling her dreams.”

As of August 16, Ten Gav had received $476 toward its total cost of $1,032 for Shiraz’s coursework. (The Hebrew-language version of the site gives the amounts in shekels.) In addition to Shiraz, the website shares the stories of 14 other individuals with similar needs.

“Everyone acknowledges that no government system can provide everyone with beds and refrigerators,” said Naomi Brounstein, a Ten Gav co-founder. “They have a budget line for material assistance, but it’s limited.”

The name of the organization is a play on words, she said. “Ten” in Hebrew means “give,” while “gav” means both a person’s back and, in Hebrew slang, connotes paying for someone or helping them get by. In English, “give back” means to help individuals in need.  Ten Gav has helped 2,530 Israeli families, raising NIS6.7 million, or about $2 million.

Ten Gav changes the names of the people it helps to protect their privacy, but each case includes the name of the social worker who referred the individual to Ten Gav, and the case number — for Shiraz’s tuition, 200106. Tehila Fridman, who works in the department of social services in Kiryat Arba, submitted a request on Shiraz’s behalf to the organization.

“The best decision we made was to work through the social services network,” Brounstein said. “People need that trust.” Ten Gav works with 48 agencies that can each submit up to seven cases a month, and the organization selects from the pool in order to highlight a variety of needs that will appeal to a broad range of donors.

If, within about a month, Shiraz’s or any other case hasn’t received sufficient donations from the public, Ten Gav will close it and draw on other funds, supplied by donors who make general donations, to pay the balance, Brounstein said.

Brounstein, a lawyer from Canada, and her co-founder, Vivi Mann, a management consultant from the United States, were inspired to create Ten Gav more than six years ago. They’d noticed the rise of crowdfunding websites, and thought the model could help nurture a culture of personal giving in Israel, where volunteering is a more common form of philanthropy than donating money.

In April, the Lilly Family School of Philanthropy at Indiana University estimated that more than 2,000 crowdfunding platforms exist worldwide.

Jon Polin is a Jerusalem-based entrepreneur building a peer-to-peer lending platform in partnership with The Jewish Agency and Ogen, a nonprofit lender. He said Ten Gav’s focus on discrete, practical items makes it similar to a gemach, a charitable organization that collects something — from money to wedding dresses to folding chairs — and loans it out to those who need it, who also replenish the resource. Gemachs are commonplace in Orthodox communities.

Several crowdfunding platforms that operate in Israel, such as IsraelGives and JGive, enable users to give to a specific organization. Ten Gav is distinctive in its ability to connect donors with other individuals.

Brounstein and Mann decided they needed to tweak the typical crowdfunding platform to appeal to Israeli donors, who would want the option of donating directly to the recipient instead of to an organization that passes the money along.

Most donors “don’t want their money to be lost in administrative costs,” Brounstein said, adding that when a donor selects a specific case, 100% of that gift goes to that case. Donors who are wealthier and have more experience with philanthropy support Ten Gav’s operating costs, she said, which consist of two employees — an accountant and a website administrator — both working less than full-time, and rent for an office in a shared workspace.

Neither Brounstein, Mann or their bookkeeper takes a salary, she said. A team of volunteers review the social worker’s submissions and write the text that appears on the website. Brounstein herself created the original website, although it has been upgraded with funds donated for that purpose.

“You get to a point where you’re living in Israel where you’re comfortable with day-to-day living, and you want to make a contribution,” she said.