A conference seeks to define and explore Israel education

All three panelists agreed that the Israeli-Palestinian conflict has taken too central a role in Israel education in America. 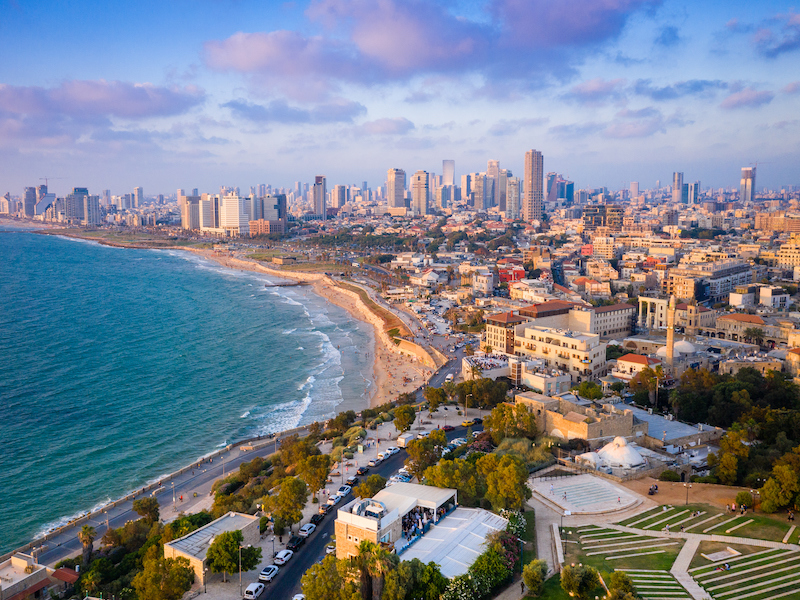 A view of Tel Aviv.

What is Israel education? Should it focus on Jewish power? Should it highlight Israel’s diversity? How should it overlap, if at all, with Israel advocacy? And how should it deal with the Israeli-Palestinian conflict?

Those were some of the questions debated at a panel on the first day of a virtual conference held by the Center for Israel Education (CIE). The conference, which began Sunday and ends on Tuesday, drew 57 attendees, all of whom teach about Israel or are otherwise connected to the field.

Aside from the panel, the conference agenda covers topics such as Israel and immigration; Israeli foreign policy; civil society in Israel; Israeli arts; Israeli religious issues; and Israel-Diaspora relations.

All three panelists on Sunday agreed that the Israeli-Palestinian or broader Israeli-Arab conflict have taken too central a role in Israel education in America. Instead, the panelists suggested teaching about Israel’s diversity, and said teachers shouldn’t be afraid to broach so-called “negative” pieces of Israel’s reality.

“It has become entirely the Arab-Israeli conflict… and not focused enough on Israeli history, culture, society, politics, sports, etc., etc.,” Grinfas-David said. “We’re not looking deeply enough into Israel as a democracy, as a vibrant place where Jewish identity stems from.”

Grinfas-David said some Jewish schools place ahavat Yisrael, or love of Israel, as one of their guiding values without creating a curriculum around the concept. She said that may lead teachers to focus exclusively on positive aspects of Israel’s history, and in turn lead students to feel after graduation as if they were told an incomplete story.

“When you get graduates who come and say, ‘You lied to me,’ or ‘You didn’t tell me,’ it’s because teachers with good intentions have been trying to imbue students with a connection and a love to Israel that is devoid of content or of anything negative, [as if to say] ‘Shh, you can’t say anything negative about Israel because then the students won’t love it.’”

“I think it’s absolutely important to teach advocacy, I just think it’s important to have a very structured environment [in which] advocacy fits,” Bregman said. “In the past, a lot of students were very confused when there was advocacy being taught to them and when they were trying to be given more academic rigor, which breeds more critical thinking.”

But Cohavi and Grinfas-Daivd both doubted how effective advocacy lessons were, and both emphasized the importance of giving students a basis in text and information.

Cohavi and Grinfas-David, as well as Stein, said Israel education should stress the conceptual continuity between the contemporary state and the ancient kingdoms of Israel millennia ago. Cohavi said Israeli education should center on “The people of Israel in the land of Israel according to the Torah of Israel,” a slogan of B’nei Akiva, the religious Zionist youth group.

“Israel education is not reacting to contemporary politics,” Stein said at the panel. “We’re talking about 3,000 years of history and how Israel evolves out of Jewish history… and I don’t think enough people who teach Israel do it that way.”