A BDS initiative Jewish institutions and investors must fight

Pro-Israel individuals and foundations should cease using Morningstar for their investment portfolios, otherwise they are participating in a boycott of Israel that they do not intend and allowing Morningstar to continue with its pretense that it does not support BDS.

In May 2022, Morningstar, one of the world’s largest investment research firms, publicly released a report responding to years of criticism that it enabled BDS and promised some mild reforms. There is an understandable desire from some in the pro-Israel community to accept the report as a victory and move on. Others have asked Morningstar to voluntarily adopt more substantial changes. While I understand these approaches, both are far too nice. The report clearly shows that Morningstar has a de facto boycott of Israel despite its official rejection of BDS. If Morningstar is allowed to maintain this de facto boycott of Israel, while adding some polite words that this is not its official policy, this sets a dangerous precedent in the fight against BDS. Pro-Israel individuals and foundations should cease using Morningstar for their investment portfolios, otherwise they are participating in a boycott of Israel that they do not intend and allowing Morningstar to continue with its pretense that it does not support BDS.

Parts of the Jewish and investment communities were in contact with Sustainalytics and later Morningstar’s about their rating practices regarding Israel for several years. Sustainalytics repeatedly ignored their questions. In spring 2020, Morningstar acquired complete ownership of Sustainalytics. Senior management insisted that if Sustainalytics had enabled a de facto boycott of the country, they would not let it continue. But not only did Morningstar not make the promised changes, it seemed to adopt its subsidiary’s position. Shortly after the acquisition, a widely read Morningstar publication highlighted an advisor with a list of 100 companies from a universe of thousands that should be eliminated from investment consideration, 59 of them related to Israel. JLens, who was the first to note Morningstar’s bias, also reported that Sustainalytics referenced sources such as Danwatch, the Electronic Intifada, Who Profits, Mondoweiss, Iran Daily and others that are known to be extremely biased against Israel. Although some Israeli sources were used, they were not used to offer a countervailing viewpoint but rather to corroborate facts such as the existence of a campus BDS resolution. 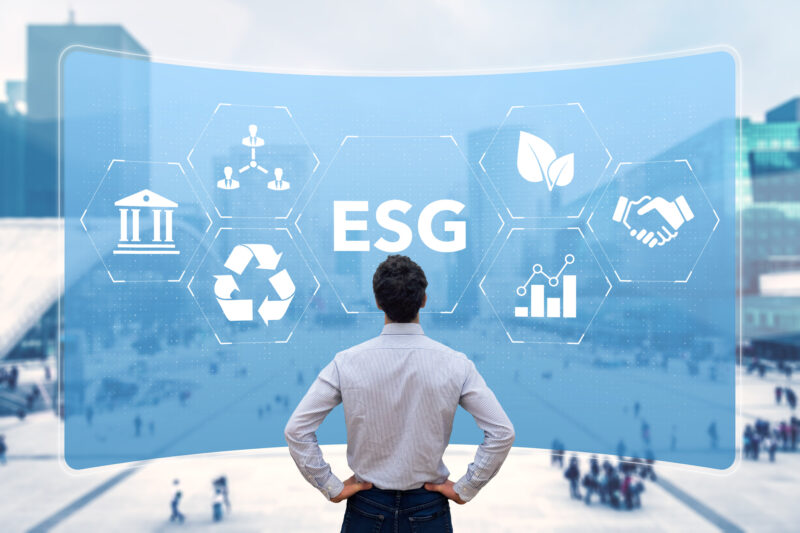 Morningstar’s de facto BDS should be given priority within the general fight against BDS because of the company’s huge power in the investment world. ESG investing accounts for $17 trillion of investments in 2022, a huge proportion of the $45 billion total of US stocks. Almost all Americans are influenced by ESG ratings whether it be in their pension funds, mutual funds or personal portfolios. Much of the screening for ESG, is being done by Morningstar, through its subsidiary Sustainalytics, and MSCI. In other words, these two companies direct where this money goes. As one top investment bank explained, “Ignore the noise… it is important to focus your efforts on the key providers most commonly used by investors — MSCI and Sustainalytics. Understand which factors might get you screened out…business involvement screens [are vital to] understand which controversial business involvement will get you flagged.” Once flagged, the $17 trillion investment pool will exclude your firm or locale. Due to the size of the problem, critics brought the issue to the Illinois Investment Policy Board (IIPB). The IIPB is the entity authorized by the state of Illinois to ensure that state investments accord with Illinois’s anti-BDS legislation.  In response, Morningstar issued the report.

Morningstar’s May 2022 report, should worry the Jewish community and investors, because it denies a BDS policy while clearly demonstrating that BDS is being conducted. In the report’s cover letter, the CEO and Chairman say that “We stated then — and reaffirm today — that neither Morningstar nor Sustainalytics supports the anti-Israel BDS campaign. But the report nonetheless notes that, “Sustainalytics employees acknowledged that some clients may use [Sustainalytic’s] GSS [Global Standards Screening]as a so called ‘do not invest’ list in order to comply with internal policies. One employee explained that the Sustainalytics GSS ratings sometimes functions as a de facto divestment list in the Netherlands — i.e., the divestment lists published in the Dutch market almost perfectly mirror the Sustainalytics rankings… Over the last decade, these sort of internal investment policies have become common in the United States as well.” The report also describes how Morningstar encouraged companies to stop doing business with Israel under the guise of “engagement” so as not to find themselves divested from portfolios. It also shows how the Morningstar rates Israel with five high-risk factors unlike other conflict zone in the world which are rated with at most four. In addition, it admits that 70% of all Morningstar’s tags on conflict zones relate to Israel. Despite documenting all of these actions, Morningstar’s report purports to say that nothing wrong is going on. In other words, without a challenge Morningstar will continue to practice BDS while saying it is not.

This is a fight the pro-Israel community, Israel and investors cannot afford to lose. According to a recent Pew survey, only 2% of Americans strongly support BDS, yet Morningstar is screening for BDS on behalf of all investors. In fact, going further, they even screen out non-Israeli companies that simply sell products to Israel on the basis that these products might be retrofitted to somehow cause harm. Imagine if Morningstar encouraged a boycott of companies of any other ethnic group as well as those that sell products to that said ethnic group on behalf of 2% of Americans. Currently the majority of pro-Israel individuals and foundations are likely using Morningstar for ESG investments whether they are aware of it or not and thus unwittingly boycotting Israel. We must call Morningstar to account by whatever means necessary and make sure that in the interim we stop indirectly contributing to boycotting Israel ourselves.

Scott A. Shay is chairman and co-founder of Signature Bank. He is the author of three books, his most recent Conspiracy U: A Case Study (Wicked Son, 2021) focused on Northwestern University.