The grant comes from a government that for years has been accused of antisemitism, though Hungarian Jewish groups have continued to receive public funds during that time. 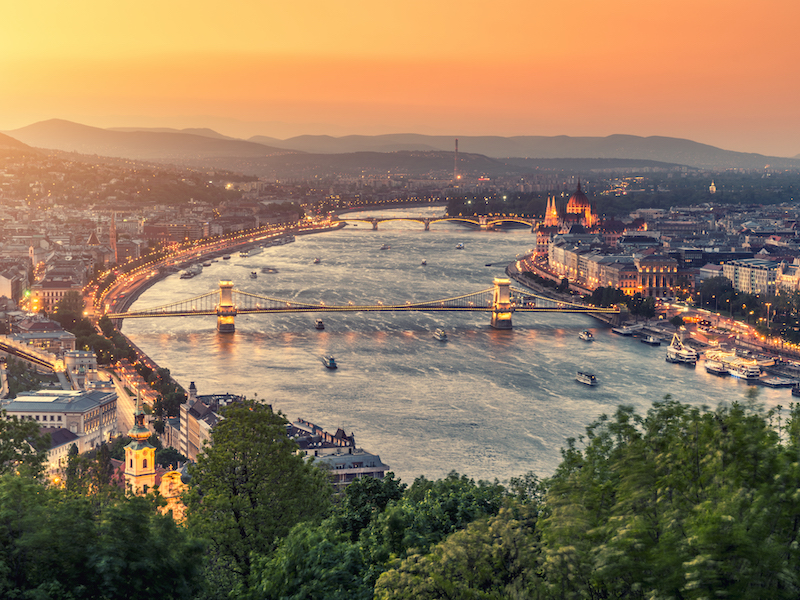 A view of Budapest, Hungary. A Chabad-owned university in the city recently received a government grant.

Milton Friedman University in Budapest, Hungary, which is owned by the Chabad-affiliated Association of Hungarian Jewish Communities (EMIH), received a substantial grant from the Hungarian government last month.

Over the next five years, the university is set to receive 22 million euros ($23.5 million), with an initial 1.7 million euros becoming available this year and another 3 million next year.

Daniel Bodnár, the university’s president, said that the funds will be used to expand the school’s range of programs. The infusion of euros to the university comes from a government that for years has been accused of antisemitism, though Hungarian Jewish groups have continued to receive public funds during that time. The university was not the only educational institution affiliated with a religious group to recently receive state funding.

“We consider it important that Hungarian Jewry, like other historic religious groups, also plays its part in higher education and, through it, social responsibility,” Bodnár said in a statement. “We hope that with this support, the university can do even more for the benefit of Hungarian society and higher education, and convey the values of the Jewish community.”

According to Bodnár, the Hungarian government hopes universities will use the funds to support programs that are related to the communities that run the schools, as well as to help them carve out areas that will make them unique amid the landscape of higher education in Hungary.

For Milton Friedman University, that means Judaic studies and mathematics.

“Hungary is famous for its talents in mathematics,” Bodnár told eJewishPhilanthropy. “Something that we would like to make a reality at the university is to provide tutorial support at every level of study, BA, MA, as well as developing a doctoral program that offers unique fields of mathematics.”

Bodnár also hopes to use the funds to expand the school’s master’s program in Judaic studies. The program, known as Ashkenazium, employs educators from around the world. The curriculum is focused on “Ashkenazi life and letters,” and includes concentrations on Ashkenazi Jewish history, rabbinics, intellectualism and literature.

He added, “The funding provided to the university – sustained by the Jewish community – is a suitable and sufficient amount for the development of both Yiddishkeit and secular studies.”

Originally founded in 2000 as King Sigismund College – named after a 14th-century Holy Roman emperor who, in 1395, founded one of the first universities in what is now Hungary – the school came under the auspices of EMIH in 2017; the Chabad-led group renamed it after the conservative American-Jewish economist and Nobel laureate Milton Friedman, who was the child of Hungarian-Jewish immigrants.

Despite EMIH’s ownership, the school remains a secular university, with no requirements that students be Jewish to attend. However, among the future programs slated to be supported by the new funding is a Chabad-led rabbinical school.

“A university with competitive, secular disciplines and around 1,400 students, maintained by the Jewish community, is quite unique for Europe,” Rabbi Shlomo Köves, leader of EMIH, said in a statement. “This is an immense opportunity not only for Hungary and the Hungarian Jewish community, but also for the European Jewish community.”

Köves told eJP that his community hopes for the school to be a space for Jewish students to get a strong higher education in a Jewish environment.

“For the local community, in the Jewish studies and secular programs, they get a high-quality education relevant to Hungarian society while still nurtured by the community,” Köves said.  “And for our… students who are not Jewish, they get a positive impression of what it means to be Jewish. Not from the history books, or some remote religious experience, but firsthand as part of the university.”

EMIH is one of three organized groups representing Hungary’s nearly 100,000 Jews. The Federation of the Hungarian Jewish Communities (MAZSIHISZ), Hungary’s largest Jewish group, represents the more liberal Neolog community. A third group represents non-Chabad Orthodox Jews. Historically, the groups have had significant friction, finding themselves at odds on topics from government relations to the distribution of Holocaust reparations.

MAZSIHISZ also maintains a university, the Jewish Theological Seminary – University of Jewish Studies, Hungary, known as OR-ZSE. In the past, OR-ZSE has also received similar, albeit smaller, grants from the Hungarian government.

Milton Friedman University joined 11 other universities, including those affiliated with other religious groups such as the Catholic Church and Protestant Christians, in receiving government funding. But for the Jewish community, the funding comes from a Viktor Orban government that for years has been mired in accusations of antisemitism.

Orban, who brought his right-wing Fidesz party to power on a nationalist platform, has been criticized for his demonization of Hungarian-born Jewish billionaire and Holocaust survivor George Soros, that some say has crossed into antisemitism.

Orban has rejected such characterizations, and repeatedly vowed to fight antisemitism in Europe. In 2018, his office announced it would devote $3.4 million to that cause. He was also known as one of former Israeli Prime Minister Benjamin Netanyahu’s closest allies in Europe.

However, since Orban’s rise to power, leading liberal synagogues in Budapest have been stripped of their official status; Aurora, a community center founded by Hungarian Jewish groups, but hosting many left-wing NGOs, has been a frequent target of government crackdowns; and in 2018, the head of MAZSIHISZ found himself on the cover of a pro-government magazine, against the backdrop of Hungarian currency, in a depiction denounced by the World Jewish Congress as antisemitic. Among the most significant controversies was the attempted establishment of a Holocuast Museum, the House of Fates, that many believed downplayed Hungary’s role in the Holocaust.

A recent study on the state of antisemitic predjudices in Europe by András Kovacs, a sociologist and historian at Budapest’s Central European University, found that Hungarians surveyed had among the highest rates of agreement with almost all categories of antisemitic beliefs.

That doesn’t mean government support for Jewish institutions has disappeared, however. Kovacs told eJP that about three-quarters of Hungarian government funding for Jewish groups goes to MAZSIHISZ, based on its size. The remainder goes to the two Orthodox groups.

“In general, all religious institutions, among them all Jewish institutions in the country, live on state support, Kovacs told eJP. Referring to the Orthodox Jewish associations, he added, “The last two religiously and politically conservative groups close to the present government occasionally receive additional support for single issues.”

Among Hungary’s Jewish groups, EMIH has by far the most friendly relations with the ruling government.

“Our aims and goals are, first of all, to ensure the security of the Jewish community, second, to assure their communal, cultural and religious life in Hungary. In all these four fields, we have found a very good working relationship with the government.” Köves told eJP.

For Köves, that “good working relationship” during Orban’s 10 years as prime minister has paid dividends for the Jewish community despite the “problem of antisemitism.” Köves said that the Hungary of today is entirely different from what it was like 30 years ago, when publicly identifying as Jewish was something of a taboo. Back then, he said, a prominent Jewish school like Milton Friedman University would have been unheard of.

“If you want to look at dry facts, you can see that Hungary today is probably the most secure country for Jews in Europe,” he said. “Unfortunately, in a country that went through 50 years of a Communist regime and fought on the side of Nazi Germany in the Second World War, there is a problem of antisemitism in its society, and that’s something that has to be dealt with, but there has also been very fruitful cooperation with the government on that.”

CORRECTION: An earlier version of this article incorrectly stated that Viktor Orban’s Fidesz party had been in coalition with the far-right Jobbik party.