How do religious institutions attract more Gen Zers and millennials in a world of increasing agnosticism and atheism?

Even before the global pandemic struck, religiosity in America was in severe decline. In 2020 only 47 percent of U.S. adults belonged to a church, synagogue, or mosque. Younger Americans are the most disengaged; barely a third of millennials are members of a religious institution. It should come as no surprise, then, that as COVID-19 infections continue declining and religious centers reopen, the number who will return in-person to these sacred spaces is an open question.

Concerns may be even greater with respect to the Jewish community. The latest Pew Research Center report on the state of American Jewry found that the Jewish community is appreciably less religious than American adults as a whole. Just 21% of American Jews say that religion is very important in their lives, compared to 41% of U.S. adults. Only 12% of Jewish Americans report attending religious services at least weekly compared to 27% of the general public. 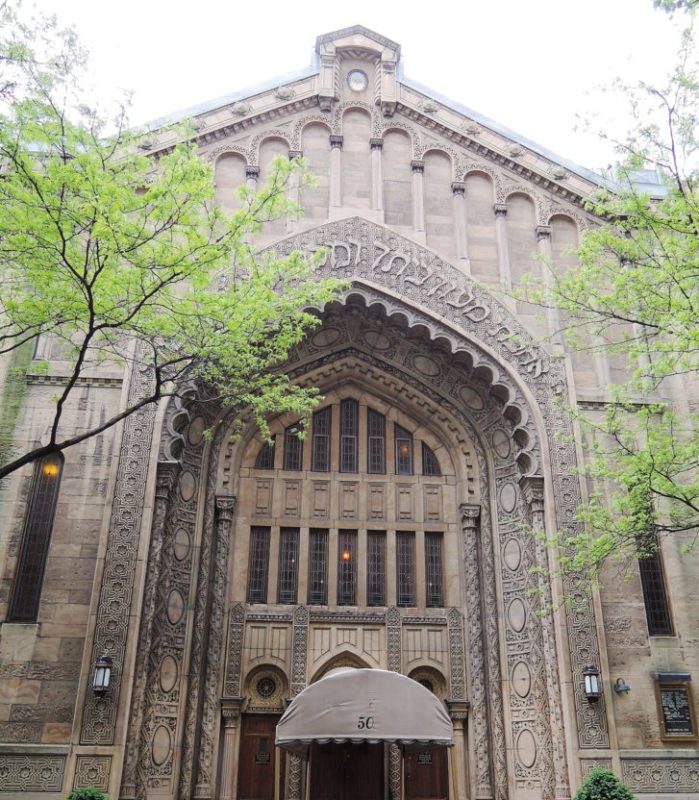 In strong contrast to these negative trends, new data suggests there may be room to renew and reinvigorate Jewish religious institutions, especially amongst younger Jews. A survey of over 1,300 individuals who participated in winter 2021 virtual programming at New York City’s Park Avenue Synagogue shows younger cohorts of Jews express a real commitment to these institutions.

Those who participated in Park Avenue Synagogue’s virtual programming were asked whether they’d like to return primarily to in-person programming post-pandemic or would prefer to continue participating in events and group meetings online. Differences by age cohort are striking: Fifty-nine percent of Boomers – those between 56 and 74 – would prefer to continue with online engagement. A slightly lower number (56%) of Silents – those who are 75 or older – feel the same way. Gen Xers – those in their forties and early fifties – are less interested in continued online programming. Just 38% of Gen Xers would like to continue online while 62% would like to see in person activities resume. Eighty-five percent of Gen Zers and millennials agree with the statement “[O]nline participation can make it hard to develop community,” compared to only two-thirds (61%) of Boomers.

Although a significant number of older Jews want to see online programming continue even as the pandemic wanes, younger Jews do not feel the same. Only 29% of Gen Zers and millennials –those between 18 and 40 – would like to see remote engagement continue – half the number of Boomers who feel the same. A whopping 71% of Gen Zers and Millennials would like to return to in-person synagogue gatherings and events.

With well-established social networks, older Jews may be quite comfortable maintaining relationships with their fellow synagogue members over Zoom. However, younger Jews with less-established networks may want to have genuine communal propinquity with their peers through in-person activities and engagement. These younger Jews may have families and want to connect their children with other families or may be looking for friends and partners and they understand the powerful in-person communal activities which simply do not replicate as well virtually. Synagogues and real physical space and activities related and emanating from these spaces are still very much in demand and valued by younger Jews as the data demonstrates.

Moreover, despite growing up in the digital age, younger cohorts are also more likely to report wanting to remain involved in their synagogue as well – 63% of Gen Zers and millennials compared to 56% of Boomers and 58% of Silents. While there is considerable parity across generational groups regarding feelings toward the synagogue, the nature of how these groups want to connect and associate is appreciably different with younger Jews wanting real, in-person relationships and experiences.

While the data presented here are not nationally representative of the Jewish community, they nevertheless should be part of a larger conversation about how Jewish religious institutions can be renewed and reinvigorated as the nation reopens. Younger Jews who are already connected to a religious institution are quite happy being part of one, and are even a bit more enthusiastic about them than older Jews. But despite coming of age in the social media and Zoom era, younger Jews believe community is hard to create virtually and want in-person events to resume as the pandemic breaks; engaged Jews want to be in the physical presence of other Jews.

This suggests synagogues may actually be doing something right, as they clearly fortify and stabilize the Jewish community. As synagogues across America discuss whether to reopen their doors to their multi-generational congregations in the coming months, the question for religious leaders is simple: How do religious institutions attract more Gen Zers and millennials in a world of increasing agnosticism and atheism? For when younger Jews actually come through the door, they clearly find meaning and fulfillment in the communities that await them.

Samuel J. Abrams is professor of politics at Sarah Lawrence College and a visiting scholar at the American Enterprise Institute.