Which American Jews are most distant from Israel?

Simply stated, American Jews who have the most distant or tenuous connection to Israel also are the least involved in all aspects of Jewish life.

Surveys asking American Jews how they relate to the Jewish state have led commentators to draw starkly different conclusions about the meaning of responses — and their longer-term implications. In the “distancing” debate, as it sometimes is called, some observers see worrisome evidence of a drift away from Israel. Others see no such movement and claim that when the chips are down, American Jews will rally in support of Israel as they have done over the past 73 years. And then there are those who celebrate and magnify evidence of alienation or indifference because they would like American Jews to achieve independence from what they regard as an unhealthy identification with the Jewish state and Zionism.

These debates have been fueled by a considerable body of evidence from national and local surveys pointing to declining feelings of connection to Israel among significant populations of American Jews. For example, the two national studies conducted by the Pew Research Center found that on the question of how emotionally attached Jews feel to Israel, those who answered “very” or “somewhat,” declined from 69% in 2013 to 58% in 2020, notwithstanding the slight jump in the number who ever visited Israel, from 43% in 2013 to 46% by 2020. 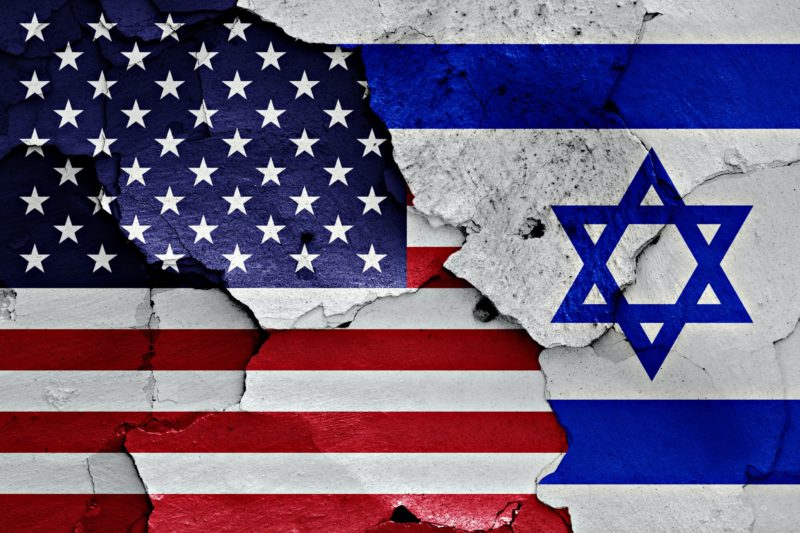 To explain eroding attachments, it has become an article of faith in some circles that the primary cause for disenchantment with Israel is a political misalignment between the world’s two largest Jewish communities. “Israel is a red state,” some declare, while the vast majority of American Jews live in and subscribe to the ideals of “blue states.” Younger Jews, particularly, have been alienated, argues the educator David Bryfman, because they “are largely social progressives and consume the bulk of their information about Israel through legacy media and social media.”

No doubt this political disconnect has played a role in the disenchantment of some American Jews with Israel, especially among the most ideologically “progressive.” That is especially the case among left-leaning Jewish elites, as is evident from some of the remarkably one-side petitions signed by a segment of rabbis, Jewish studies professors and rabbinical students who castigate Israel as the sole instigator of violence and display little or no empathy for Israeli Jews. As to the rank-and-file population, the most recent Pew survey shows that strong attachment to Israel – as denoted by respondents answering that they are “very attached” emotionally to Israel — is four times as high among political conservatives as compared to those who identify as “very liberal” (46% versus a mere 12%). Given the ongoing preference for liberal politics displayed by the majority (51%) of American Jews, it is understandable that political proclivities would loom large as an explanation of waning connections to Israel.

But while political identity is important, it is not the primary driver of distancing among average American Jews. Simply stated, American Jews who have the most distant or tenuous connection to Israel also are the least involved in all aspects of Jewish life. No matter how you cut it, those Jews who are more attached to Israel are also more engaged with being Jewish. The comparisons between the most attached and least attached tell the same story, time and time again.

Leaving aside the highly vocal segments of Jewish elites, then, among the rank and file of American Jews, those who are very attached to Israel also are far, far more involved with all aspects of Jewish life than those who claim no attachment to Israel. (And including the Orthodox in the calculations would make the large gaps even larger.)

This fundamental truth has important policy implications. For one thing, there is no reason to assume that major changes in Israeli policies toward the Palestinians will in themselves rekindle what once was a near universal American Jewish love affair with Israel. Israeli governments may decide to alter their policies toward the Palestinians for a variety of reasons, but those shifts will not do much to change the larger internal American Jewish dynamic.

For educators too there are important implications. Much has been written in recent years about the necessity of re-thinking what conventionally is called Israel education. To be sure, there are sound pedagogical reasons for educators to revise their approaches to deal with the complexities of Israeli life. But an Israel education dealing more directly with “the conflict” will do little to move the needle with those Jews who are most distant from Israel.

This is because two major circumstances are driving the alienation from Israel. One is the limited Jewish education large numbers of American Jews receive. Surely it is not accidental that Jews who claim the weakest connections to Israel also are more likely to have missed out on immersive Jewish educational experiences. Among the non-Orthodox, only 13% of those not at all attached to Israel attended a Jewish day school compared to 25% of the most Israel connected; 26% fewer celebrated a Bar or Bat Mitzvah; and 19% fewer attended a Jewish summer camp.

Second, and perhaps as a consequence, those who feel least connected to Israel in the aggregate also do not identify strongly with Jewish collective needs. When asked about feeling responsible for helping “fellow Jews in need around the world,” the number who feel a great deal of responsibility drops from 53% for those very attached to Israel to just 8% among those not very attached. Distance from Israel, then, is a symptom of indifference to the Jewish present and future. Not surprisingly, then, only six percent of those claiming no attachment to Israel feel strongly about the importance of their current or future grandchildren being Jewish, compared to 59% of Jews who feel strongly attached to Israel.

All of this is compounded by the culture with which most American Jews identify. The outlook promoted in educational, academic, journalistic, and, increasingly, corporate circles is not only in tension with, if not often hostile to Israel, but also uncomfortable with religion and Jews caring about their own collective needs. Until this hostility is recognized and confronted, it will be hard to rebuild the ethos of shared responsibility Jews have felt toward one another and to the Jewish state. For those who wish to inspire commitments to the needs of the Jewish people both at home and abroad, it’s time to acknowledge that much of the fault and most of the solutions lie not in the Middle East but within our families, schools and culture in the United States.