What is to be done?

The unity of outrage and fear has brought so many together where nothing else seemed to have done anything but the opposite. The shipments of arms and humanitarian aid, the escalating sanctions, the pulling out of relationships and contacts with Russia, social media posts and constant checking of news reports and conversations — this is what we have all been doing.

When the novel by that name written by the 19th-century Russian philosopher and activist Nikolay Chernishevsky came out in 1863, it became an instant classic, a blueprint for enlightened Russian intelligentsia’s attempts to bring about a reform in the Empire’s very essence in how it dealt with the common folk, with the economy and with their moral standards. Many years later, Vladimir Lenin used Chernishevsky’s phrase to pose and answer the question about revolutionary strategy for the Bolsheviks. The phrase became something of a refrain in the discourse of the “thinking class” in years since — everyone I knew in my parents’ circles as I was growing up in the Soviet Union used the phrase as the conversations would go on about everything from emigration to distribution of samizdat to more mundane questions of life in the USSR.

I have had the phrase ringing in my head over the last few weeks as Putin’s aggression in Ukraine proceeds and the besieged country’s brave defenders put up resistance while millions are forced  to flee and the world watches in awe and disbelief. What is to be done, indeed? 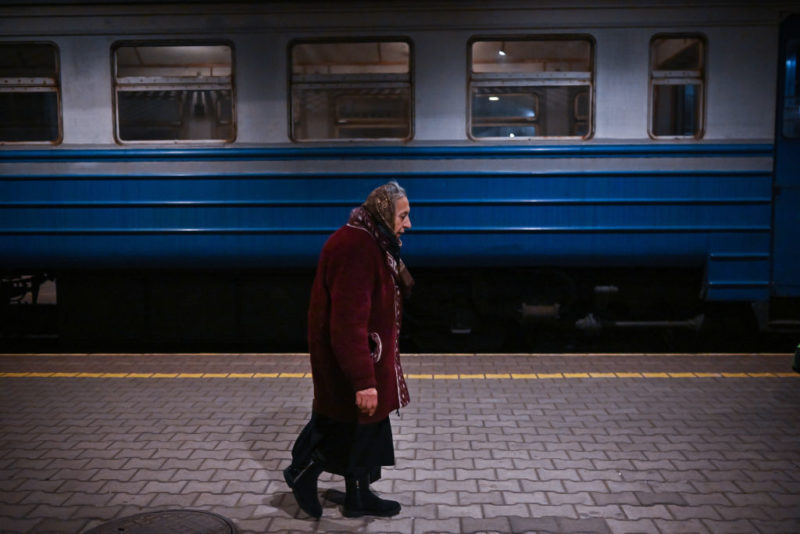 The unity of outrage and fear has brought so many together where nothing else seemed to have done anything but the opposite. The shipments of arms and humanitarian aid, the escalating sanctions, the pulling out of relationships and contacts with Russia, social media posts and constant checking of news reports and conversations — this is what we have all been doing. In the meantime, the Putin regime is shutting down the last remaining independent news outlets, blocking the internet and criminalizing any narrative contrary to the devious and delusional disinformation Vile Vlad’s minions are pushing out.

Kremligarchs are terrified of both Putin and the West and are equivocating as are some governments who think they are potentially in danger (more common ground for Israel and the petrostates of the Middle East).

Autocrats and Russia’s client states are both hopeful and worried.

Only Ukrainians themselves seem pretty clear as to What is to be done: fight or flight.

The simple but seemingly impossible solution: get rid of vile Vlad.

But who could even do that?

The sight of his spymaster practically peeing in his pants while trying to figure out what answer he was expected to give is something right out of Stalin’s repertoire.

So, in the immediate future — not much else can be done, I am afraid.

But in the immediate aftermath— a lot MUST be done.

One: put away the wishful thinking that all problems can be solved through talking. There is EVIL in the world and there are purveyors of it like Vile Vlad. He is not the first and won’t be the last. We need to come to terms with it. NATO was created with that understanding. Bringing former Soviet satellite states into it was the right thing to do. NOT bringing Ukraine and Georgia in when they asked for it — THAT was a mistake. If they were admitted back in 2008 — Putin wouldn’t dare to attack now. The United Nations Security Council with its veto powers for Russia and China is no longer effective or relevant. A global alliance against such players must be forged, funded and empowered. It won’t be long before the Irans and Chinas will try similar moves to what Russia has done.

Two: empower global refugee agencies to accept, resettle and integrate those who are able to flee the rogue and murderous regimes – in this case not just Ukrainians but Russians and Belorussians who want to get away from Putin and Lukashenko. The refugees are great for the countries that accept them in the long run. We are grateful, motivated and don’t take the freedoms and opportunities we encounter for granted. The United States and Israel are two great examples of how immigrants can become engines of progress in their host countries. Make the acceptance and welcoming of those fleeing persecution the norm, not the exception.

Three: work collectively to change the murderous regimes of autocrats, hypocrites and extremists. They will not just disappear and sooner or later they will become aggressors — there is no other way for them to maintain power over the people they oppress — within or outside their borders. Finding ways of getting information to their people and fighting disinformation are keys. The radio stations, the social media that does not have to depend on local hosting — these are the routes that can work, and others can be dreamed up.

Four: develop standards, curricula and methods for educating children and the public about the essential freedoms and principles of democracy, as well as ways to recognize when these are being twisted and transformed for just the opposite ends.

And five: commit to treating each other in accordance with the very first imperative in the Hebrew Bible: as images of God. The principle of human beings created “B’Tselem Elokim” is the very foundation of humanity’s ideals and humanity’s hopes. If we, indeed, treated each other as images of God — regardless of whether we believe in her very existence — we would have infinite respect, infinite appreciation and infinite awe for each other. We’d understand that being an image of God is to be unique, precious and sacred.

We’d impart this understanding to our children.

And we would not hesitate to isolate, despise and defeat the vile vlads as we defeated multiple hamans.

And those are some of my answers to “What is to be done?”