“The reports of my death have been greatly exaggerated…”
Mark Twain

On March 3, 2020—just over a year ago—I wrote a piece for this very publication entitled “Is American Jewish History Worth Telling?” 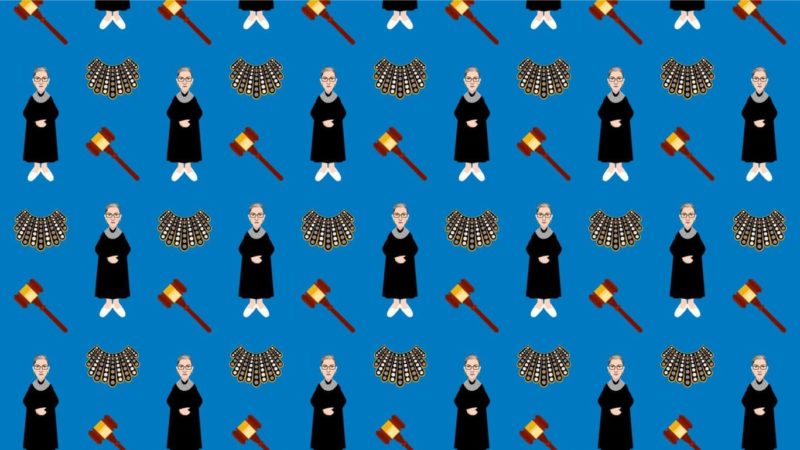 The National Museum of American Jewish History (NMAJH) had just filed for Chapter 11 Bankruptcy protection. The goal was to reduce the unsustainable burden of debt the institution had been carrying since the 2010 opening of its magnificent new building on Independence Mall in Philadelphia overlooking Independence Hall and the Liberty Bell (with its inscription from Leviticus, “Proclaim liberty throughout all the land”). The board’s tough decision to take this step was carefully evaluated. The decision was motivated by the trustees’ and professional leadership’s resolute commitment to continue and renew the Museum’s mission of telling the inspiring stories of how America benefited the Jewish people in ways that weren’t possible anywhere else in the world, and how American Jews contributed to “building a more perfect Union” here in the U.S.

We were prepared to work through the bankruptcy process, building on the momentum of our recent successes: a hit special exhibition, Notorious RBG: The Life & Times of Ruth Bader Ginsburg; the high-profile induction of Justice Ginsburg into our Ed Snider Only In America® Hall of Fame; surging attendance from a diverse public thanks to innovative promotional and pricing strategies; exciting new partnerships and public programs reflecting the diversity of the Jewish community; and a highly anticipated special exhibition (The Evidence Room, developed for the Venice Architecture Biennale based on testimony from Deborah Lipstadt’s defamation trial about Holocaust denialism).

And then the COVID-19 pandemic forced us and everyone else to close our doors to the public on March 13, 2020, effectively cutting off our momentum at the knees, eliminating almost all earned revenue, and slashing philanthropic giving.

Being in Chapter 11 made NMAJH ineligible for PPP loans. With so much funding needed for dealing with the health and economic consequences of the pandemic, support for cultural institutions was—and remains—hard to come by. Even philanthropists and foundations who decided to support educational, cultural, and leadership development institutions during this challenging year were not inclined to fund museums, and certainly not NMAJH. We frequently heard the refrain, “we don’t want to throw good money after bad,” assuming that our Chapter 11 status meant we were failing. We were not. But we were in a precarious state and determined to succeed.

NMAJH was recognized by Congressional Resolution in 2010 as the only museum anywhere dedicated exclusively to the history of American Jews. Furthermore, the museum leads Jewish American Heritage Month (JAHM). JAHM was established through the bipartisan efforts of Senator Arlen Specter, z’’l and Congresswoman Deborah Wasserman Schultz in 2006 and has continued by Presidential Declarations every May since then. Our work must continue. And it does.

In 2020, just two-and-a-half months into the pandemic, NMAJH launched the first-ever, all-virtual JAHM effort in cooperation with 50 other Jewish museums and cultural institutions around the country. We would not let the pandemic stop us from this important work. In 2020, our theme for the month was appropriately, “Crises and Resilience.” It was our first serious attempt at virtual programming. We reached nearly 400,000 people.

Around the same time, we implemented a furlough for two-thirds of our professional staff who were ultimately laid off, taking our staff down to just 11 full-time employees, but we were able to double down on our virtual programming, online store sales, and planning. In the “year of COVID,” NMAJH presented 30 original online programs and 30 programs with partners. We have reached nearly one million participants during the past year with more than 20,000 viewers tuning in for each program on average. We even held a virtual ceremony and Gala inducting two great Jewish illusionists—Harry Houdini, z”l and David Copperfield—into our Ed Snider Only in America® Hall of Fame while reaching nearly 200,000 viewers and raising $830,000.

We more than doubled sales year-over-year from what became our online-only museum store. Popular culture zeitgeist hits were an integral part of this success story: “Yo Semite” t-shirts which we had carried since 2011 that exploded when President Trump mispronounced the name of the National Park last summer; RBG-themed books, stickers, clothes, and bobble-head dolls; and shirts and mugs with Bernie Sanders’ now-famous Inauguration mitten meme. Plus the beautiful menorahs, mezuzahs, ketubot, and other Judaica that we are known for.

We engaged in scenario planning, working on a variety of plans for a number of “possible futures” for after we emerge from bankruptcy and the pandemic. And we are coming up with a set of plans for renewal of the museum and ways to capitalize on our newly found digital expertise. We have developed relationships and joint ideas with a number of national institutions – Jewish, secular, and of other faiths.

So, we not only survived–we have thrived. We have recaptured our pre-pandemic momentum and then some, and we are confidently looking forward to an even brighter future.

As all of us begin to reclaim our lives and enter a new year (for Jews, Pesach signals the start of a new year just as Rosh Hashana and Tu B’Shvat do), we pray for freedom from the bondage of the isolation, fear, and despair brought about by the year of the bondage of COVID . At the museum, we want to bring back our dedicated staff, launch new exhibitions and programs, and open our galleries for shared in-person experiences. And remember those we have lost to the pandemic.

As we dream together about the better days ahead, we hope that you and many others will journey with the Museum out of Mitzrayim—the narrow place of the hardship and difficulty of the modern day plague — to one of openness and light, of joy and renewal.

Dr. Misha Galperin is CEO of the National Museum of American Jewish History.