The Pittsburgh JCC’s CEO on vulnerability, humility and Jewish divides

Brian Schreiber said his organization has ‘flattened,’ and he wants it to stay that way 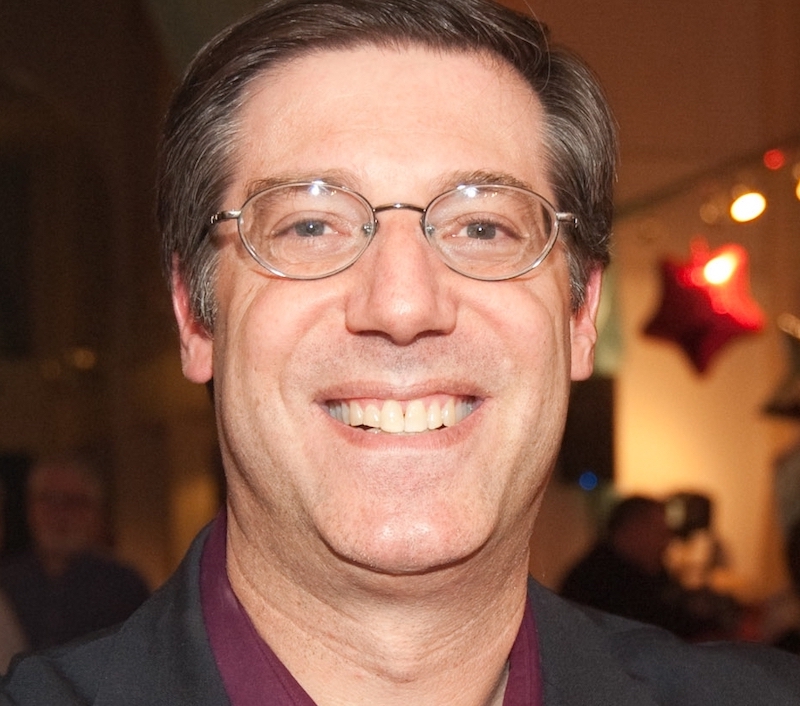 As the CEO of the Jewish Community Center of Greater Pittsburgh, Brian Schreiber had always found his work intense. In the fall of 2018, he was preparing for a new challenge — Doron Krakow, the CEO of the JCC Association of North America, had tapped him to craft a white paper on professional development and talent retention for the entire movement of 157 centers and 13 overnight camps. The plan was to move to New York, where the association is based, on a three-month sabbatical in order to focus on that work. That process was supposed to start on Nov. 1. On Oct. 27, an avowed white supremacist massacred 11 Jews at prayer on Shabbat in the Tree of Life-Or L’Simcha Congregation, of which Schreiber and his family are members. He was central to the crisis response, to the year of mourning that followed and to the healing process that continues today. He wrote the white paper anyway, although the work was spread out over the year instead of compressed into the sabbatical period. The association was just about to publish it and start trying to implement it when the COVID-19 pandemic hit. Only recently has the center started to emerge from this latest crisis, he told eJewishPhilanthropy. “The last two-and-a-half years feel like a blur,” he said. “It’s helped me to understand as a Jew and a professional what really matters, and also the pain of people outside the Jewish community who have gone through traumas. It’s made me much more attuned to other people’s vulnerability.”

Helen Chernikoff: How did you come to make the JCC movement your career?

Brian Schreiber: My path into the Jewish community was non-traditional. I’m not a product of Jewish camp or school. I thought I would go to law school, but I started procrastinating, and I’m not a procrastinator. I just tried it, almost blindly. And at that time, the path into Jewish communal work was “Get your master’s and we’ll see you in two years.” I applied to graduate school, and deferred, and went to live in Israel. It was a different era in the 1980s. It cost $3 a minute to make a phone call. People had to send you aerograms and it would take two weeks to get them. I really had to strip myself down and rebuild, and it was transformative. When I started working, I was focused on the federation system. I had misconstrued the JCC. Like many people, I was thinking only of the fitness side of things; I had judged it from the consumer side — not the essence of what a JCC can be, day in and day out. I got called to interview for a job here and now it’s been almost half my life. Pittsburgh had a tremendous amount of Jewish infrastructure and depth, but also some intimacy. It’s like America’s last shtetl.

HC: What did you realize about JCC work once you put your misconceptions aside?

BS: I was on a path in the federation system to senior leadership, but I love direct service work. Even when I was working in federation, I was volunteering for a crisis hotline. At the JCC, there’s that opportunity to provide leadership, yet never be too far away from service delivery. I didn’t know if I could have that in the Jewish world and that has never disappointed. We have Jewish core values, and we serve the community as a whole, and if we can integrate that well, we serve the Jewish community and make the world a better place.

HC: How did the Tree of Life shooting change the culture at the JCC?

BS: We’ve been very influenced by the 10.27 Healing Partnership and its concept of post-traumatic growth. The partnership is a healing center housed in the JCC that’s funded by the federal government’s Antiterrorism and Emergency Assistance Program. It has a victim-centered approach, and teaches that a trauma has layers of impact and that it affects an entire community. It focuses on the families, and then, in our case, moved into the congregations, and the first responder community, and then the broader community. I’m a licensed social worker and I watch the difference between the victim-centered approach and traditional mental health work. This is really different.

HC: Has it changed your way of working at all?

BS: I’ve become more attuned to the concept of helping without fixing. Some things can’t be fixed. We acknowledge pain points in a real way. We have to allow people to be vulnerable and really make space for those conversations. In a different era, we would have decided that pain would be too uncomfortable to confront. I don’t think in American culture that’s always something that’s been valued, and particularly by males. We start our monthly meetings with conversation to hold space for trauma-informed care, and we spend 15 minutes getting in touch with people’s feelings or meditating. Now we allow for understanding that while you go through trauma, you still have work to do. How do you create trauma-informed supervision and still require performance?

HC: Is the shooting still with you, even after the intervening experiences of closing and slowly reopening during the pandemic?

BS: It’s present every day. We had staff members who lost family there. We had very active volunteers and center members who were lost that day. You can never put it away, and shouldn’t. On the flip side, we’re not paralyzed, and that’s what I mean by post-traumatic growth. It is always with us, but I don’t feel the same cloud over us I did during that first half-year. Some people are more triggered than others. I’ve had a couple of times where I was triggered at very unexpected times. I acknowledged it, took a breath in and processed it. I gave myself the time.

HC: How has COVID affected the JCC field broadly?

BS: I think our field has become more interconnected because of COVID. There’s more of an ability to share our vulnerability instead of constantly trying to lift yourself up. Humility is a very Jewish value and that’s a very important piece of this work. Sometimes you have to say, “I don’t know the answer to this.” And I’m not sure that early on in my career I saw as many role models for that. Our professional network is more open now.

HC: And what about the Pittsburgh JCC? What about your finances?

BS: We were in a very solid financial place, and for the first month I saw COVID as an existential threat. But the federal government’s Paycheck Protection Program gave us a cash infusion that we needed. And the Jewish Healthcare Foundation, which generally didn’t provide unrestricted grants, told us that they wanted to be here for us. They made us an unrestricted grant that we’ll use over three years, a $2.5 million grant. Federation has been incredibly generous in supporting specific needs and programs, like COVID screenings at our overnight camp. It’s one thing to get a pat on the back, it’s another thing to have a philanthropic backstop. We know that the fitness model is going to have some real challenges, but things are happening here. Today, we have 1,200 people here getting vaccinated. We’re still in the red. We need continued support. It’s not going to be easy. But I see a path.

HC: And culturally, have there been any COVID effects?

BS: The organization has flattened. Once every two weeks I’m out in our South Hills branch, opening up with the security guard at 5:30 in the morning. I don’t want to go back to the traditional hierarchical way of doing things. There is incredible emerging strength in the people who are in charge of early childhood education and camps. I don’t want them to feel tired or trapped in middle management. How do I include them in the decision-making? How do I stay in touch with what’s going on in the organization in a deeper way? I’m thinking about “hoteling,” that practice of people not having their own offices, but working in a shared space and also having spaces for private conversations. I’m bringing 15 people in to talk about whether we can do hybrid workforce, with some people remote. How can we do that when 70% of the staff can’t be remote, because they’re doing direct service?

HC: Any thoughts on the study the Pew Research Center released this week, “Jewish Americans in 2020?”

BS: It’s striking how divided we are, even just politically. JCCs can help bridge some of those gaps. We can meet people’s needs without having to bring everybody together at the same time. We’re not agnostic, but we are pluralistic. Diversity in observance is complex, too. Bridging those divides is about relationships, and we can help build them here.

HC: Does the center ever take stances on issues?

BS: In 2016, we started to see our civil discourse erode because of the complexity of the presidential election. There were disagreements about whether we should turn on CNN or Fox in the fitness facility. So we created our Center for Loving Kindness to foster dialogue. But also, so many JCCs come out of the settlement house movement, where there was a foundational belief that the Jewish community thrives in a pluralistic, democratic society, and you need to have civic participation for that. So we are not partisan, but we are educators on civic issues. Even well before the shooting, we brought people together to learn about gun control and gun issues. Just creating the opportunity for education and conversation is sometimes controversial, but that’s a classic role for us. There’s also the issue of voting access. We are watching that closely here in Pennsylvania. We respect the League of Women Voters. If they feel there’s a concern, we might jump in and engage an issue that’s central to the Jewish experience and core to our values as a community center.