The Pew number that matters: 72%

There’s one number in the Pew Research Center’s Jewish Americans in 2020 report that should matter more than any other to those who care about the future of liberal Judaism: 72%, the rate of interfaith marriage among non-Orthodox Jews, the same rate found in the 2013 Pew report.

It’s beyond doubt that interfaith marriage will continue at high rates. There will be more children of interfaith marriages – they currently represent 46% of Jewish adults ages 18 to 29 – and they are even more likely to intermarry – 82% currently do. Moreover, because the couples rate of intermarriage is higher than individual rate, as the report itself explains, probably three quarters, if not 80% or more, of new Jewish households being formed are interfaith households. 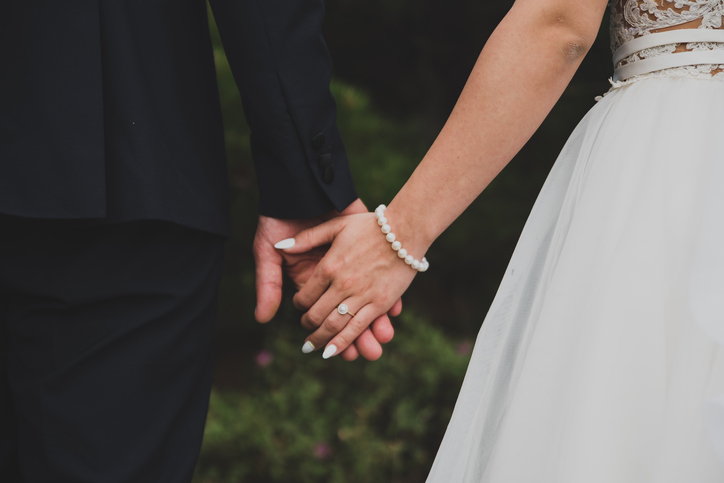 For thirty years, since the 1990 national survey, Jewish leaders have reacted negatively to high intermarriage rates. After the 2013 report, eminent Jewish thought leaders, “advocating for strategic responses to respond to the challenges of the Jewish future,” signed on to a Statement of Jewish Vitality that conveyed the message that interfaith marriage is bad, promoted conversion as the “answer” to the “problem,” and disregarded programmatic efforts to engage interfaith families.

It’s beyond time to respond to interfaith marriage in a positive, productive way, to start the hard work of changing negative attitudes and policies that discourage and restrict participation by interfaith families and partners from different faith backgrounds, and to prioritize programmatic efforts aimed at engaging them.

There is hopeful information in the new report. Because of differences in the ways the surveys were conducted, Pew cautions against finding trends by comparing to the 2013 report, but on the crucial question of how children in interfaith families are raised, the percentage raised with some Judaism is now 69%, compared to 61% in 2013. A trend that Pew itself noted in the 2013 data, that more younger children of intermarried parents were identifying as Jews, has continued: while only 21% of children of intermarried parents who are 50 or older identify as Jews, 47% of those who are 18-49 do so. As the report says, “the share of the offspring of intermarriages who choose to be Jewish in adulthood seems to be rising.” Going forward, Jewish communal efforts should focus on increasing these numbers.

Those uncomfortable with interfaith marriage can – and sadly, probably will – choose to focus on the report’s numerous comparisons indicating that on measures of traditional religious observance as well as cultural engagement, intermarrieds are less engaged than inmarrieds. They don’t attend services as much, or eat Jewish foods as much, etc. That kind of thinking leads to fruitless efforts to stem the continuing 72% tide of interfaith marriage.

On one measure of behavior Pew describes as cultural, 61% of intermarrieds “share Jewish culture/holidays with non-Jewish friends,” very close to the 66% of inmarrieds who do so. Programmatic efforts to engage interfaith families that capitalize on this existing interest in Jewish holiday celebrations would be consistent with Professor Lenonard Saxe’s 2019 suggestion to develop “effective strategies to introduce intermarried families to [Jewish] settings and offer them opportunities to participate.” Only 45% of intermarrieds held or attended a Seder in the last year, compared to 86% of inmarrieds? Why not develop a large-scale effort marketed specifically to interfaith couples inviting them to participate in Seders, along the lines of what OneTable does with young Jews in general and Shabbat dinners.

We haven’t had widespread programmatic efforts aimed at engaging interfaith families because of deep-seated negative, ambivalent attitudes about interfaith marriage, which distance interfaith families from Jewish communities, and underlie policies that restrict their participation in Jewish life. Inclusion experts agree that people will not stay engaged in a community where they do not feel included – that they belong. The new report asked how much respondents “feel a sense of belonging to the Jewish people” and the answers are telling: only 27% of intermarrieds feel a sense of belonging “a great deal,” compared to 72% of inmarrieds.

The survey also asked questions about why people did not attend services, which could be a proxy for why they don’t engage in other ways, and some of the responses touch on inclusion: 11% said “I feel pressured to do more or give more,” which could refer to pressure to convert; 7% of all respondents and 8% of intermarrieds said “I don’t feel welcome”; and 4% said “people treat me like I don’t really belong.”

Coincidentally, my recent analysis concludes that “There is a great deal of data and comment in the Cohen Center’s [eleven local community studies since the 2013 Pew report] that supports the view that people in interfaith relationships feel less welcomed and less a ‘part of’ than inmarried people do. What a significant segment of people in interfaith relationships say, demonstrates a persistent feeling of being ‘other.’”

Interfaith families will not feel that they belong in a community that conveys messages that their relationship is sub-optimal, and people from different faith backgrounds don’t want to hear that they are undesirable as marriage partners. That’s the effect of statements by Jews and Jewish leaders that prefer inmarriage, like touting lower intermarriage rates as an outcome of Birthright Israel trips. Fortunately, the new report evidences a possible change in preferences: only 22% of all Jews say it is very important that their grandchildren marry Jews.

Interfaith families will not feel that they belong where their participation is restricted, either, as evidenced by the Conservative movement’s decline in membership, which many attribute to its relatively less welcoming policies with respect to interfaith marriage; 30% of those raised Conservative now identify as Reform. The new report finds that 23% of all Jews ages 18-29 have a Jewish father but not a Jewish mother, so not recognizing patrilineal Jews as Jews will discourage increasing numbers from engaging. It also finds that support for rabbis officiating at weddings of interfaith couples is high, with 64% of all Jews in favor, including 53% of Conservative Jews. Policies that prohibit or disapprove of officiation are the opposite of inclusive; the fact that 80% of intermarried Jews support officiation is a clear reflection of its importance to them.

The 2020 Pew report’s findings reinforce the conclusion that helping interfaith families and partners from different faith backgrounds to feel that they belong in Jewish communities is the critical challenge of our times. Changing attitudes about interfaith marriage to the positive, eliminating policies that restrict participation and targeting programmatic efforts at interfaith families are essential parts of a strategy to engage them and of a productive response to the 72% rate of interfaith marriage.

Edmund Case, the founder of InterfaithFamily (now 18Doors), is author of Radical Inclusion: Engaging Interfaith Families for a Thriving Jewish Future and A New Theory of Interfaith Marriage. A paper that reviews and analyzes in detail the interfaith marriage data in the 2020 Pew report can be found here.